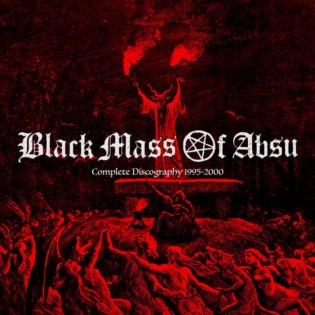 When I received this release I first got to search information about this band because I never heard a thing about this group, a shame regarding the disturbing atmosphere this band has created in their career. Formed in 1991 in Buffalo, USA, these guys mixed some heavy Doom with Black and noise elements, sometimes being a mix of Unholy, Hellhammer, Beherit and Godflesh. A dark and total disturbing sound  with the use of some horror key sounds into their down-tuned riff-orgy, changing from doomy funeral like songs to grind like eruptions, ultra-low vocals to Throneum like screams. The dark atmosphere has also a lot of Thergothon in it. Sheer heaviness here. The song titles only show the uglyness of this release, you won’t imagine what this stuff is all about. This compilation is heavier than most releases I`ve heard, and is definitely not meant for wimps and posers. Music extremists should check this out, all others stay away as you won’t survive this trip. (DPF)