Naglfar – “What is different on “Sheol” is that we improved the songs, they sound more bombastic. Do you agree?” 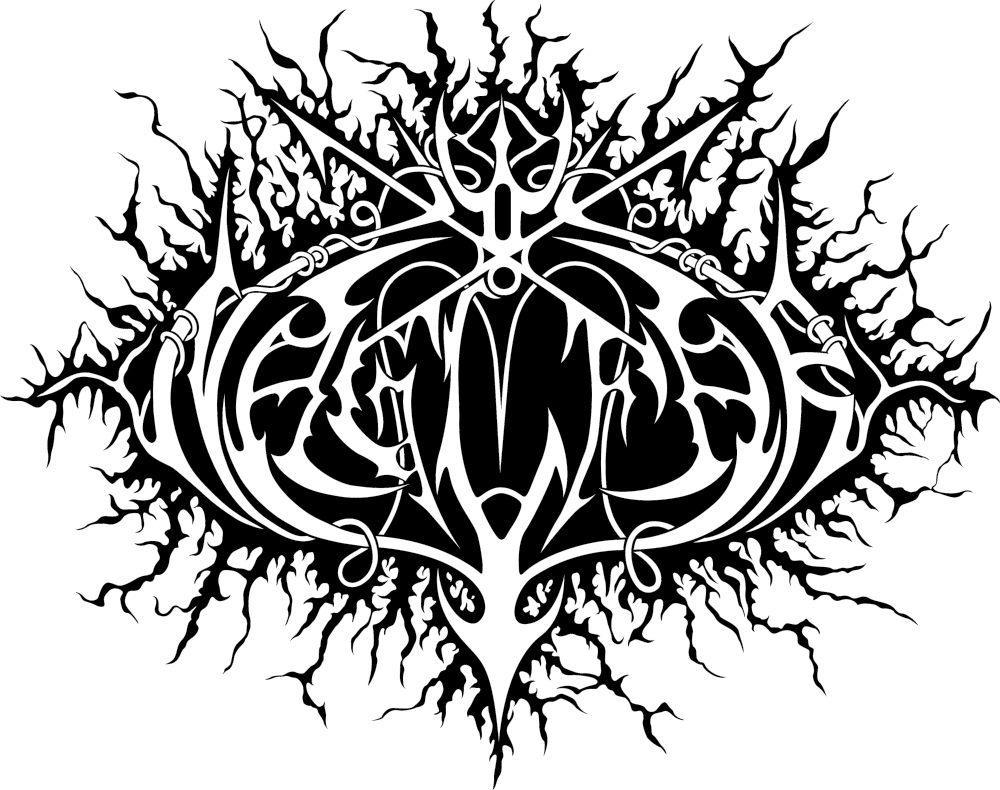 The debut album “Vittra” by the Swedes of Naglfar was a crushing release that won many fans to the Naglfar cause. The follow-up “Diabolical” came a few years later, but then a long period of silence followed… But in 2001 the EP “Ex Inferis” came out as a teaser for the upcoming full-length “Sheol”. On the latter album the band shows the fire burns brighter than ever, as they return with full force to the Death/ Black Metal scene. On March 24th “Sheol” will be unleashed, so short before that release Vampire Magazine had a conversation with founding member Kristoffer “Wrath” Olivius.

Hails, this is Vincent from VM. I’m very happy to see a new Naglfar full length, quite some time after “Diabolical”. The CD will be released on the 24th of March, so what’s up with the band just before the release?
We’re enthusiastic! So far it’s just journalists that have heard it, and also some people by the downloads as usual, but we are a waiting for everyone to hear it and see it with the booklet.
Yeah, I’m a booklet fanatic too!
It looks killer. What the fans think is most important for us, so we’re excited to see what they’ll think.

Although the CD is not out yet the promos were sent out a while ago so you must have had some response already. How has that been so far?
I’d say so far, so good. Again the most important is what the fans think. But good attention is important for a band like us, that’s still somewhere in the middle of the underground scene and making it better.

“Diabolical” came out in 1998. Did you spend the years leading up to “Sheol” working on the new album, or is the material more recent?
Some of it is over the five years, but for this album we just started writing so many songs. We wrote like 25 songs, and only eight made it to “Sheol”. Many albums that come out have only four or five good songs and the rest is mediocre. But we weren’t in a rush, I hate it when I buy an album that’s like that, as a fan I want an album to be good all over. That’s what we tried to create. 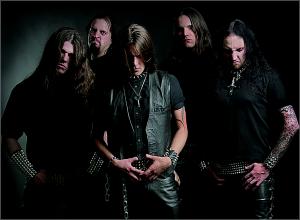 Since there was quite a pause in between “Diabolical” and “Sheol”, did you feel more pressure this time to fulfil the expectations?
Of course a little bit. But then again, we can’t feel pressure; we can only tour a lot and prove to the fans we are just as good live as on our albums.

“Sheol” is another great release by your band. It kinda struck me as a mixture of the sound of “Diabolical” and “Vittra”, with “Sheol” containing much more melodic riffs than “Diabolical”. The new album also has a much more Black Metal feeling to it. Do you agree?
In some ways I agree. The mixture of the previous albums on this recording was truly our intention. What is different on “Sheol” is that we improved the songs, they sound more bombastic. Do you agree?
Yes, I agree. The album hits you like a wall, for instance the track “I Am Vengeance”. The whole album is overwhelming!
In the mixing process we wanted to make sure everything was clear, but some distortion is a bit over the top to create this bombastic effect.

What’s in your opinion the biggest improvement since “Diabolical”?
Of course the band has improved as players. We practiced and rehearsed as much as possible. We took a few years as a break and played a lot together and that has made us close as a unit. It got everyone in the same direction.

Why exactly did Mad Morgan Hansson leave? Didn’t he fit into the band anymore, or didn’t he agree with the musical direction?
Not really, Morgan came to a point in his life where he had to set his priorities. He has a child and a new day job, and those are more important to him. We are still good friends, and we meet often. This issue played before, and he had contact with Marcus Norman and he taught him our songs. One day he broke the news to us, and although it came as a shock we were already prepared since we knew what was going on. So now Marcus is in the band instead of Morgan, and he fits perfectly.

Although you consider the whole album to be perfect, there are always a few personal favourite tracks. Which ones are those for you?
Of course there are a few tracks, but since we wrote so many songs every song has a special feeling by itself. No song is like any other song on the album, they all show different sides and skills. But “Abysmal Descent” is a great song to play live! “Force Of Pandemonium” is a great song as well, a grinding track I’d say. And “Black God Aftermath” shows a more melodic side of the band.
Yes, I agree, also because of the more mid-paced work the album is very diverse.
Yeah.

On your EP “Ex Inferis” you already recorded “Of Gorgons Spawned Through Witchcraft”. It’s clear that the vocals were re-recorded, but did you re-record the entire song, and was there a reason to remove two piano parts, and put in another one?
We recorded it all over again. On “Ex Inferis” we wanted to keep it rawer than on “Sheol”. We tried to peel off the song what was too much to fit the song on “Sheol”. 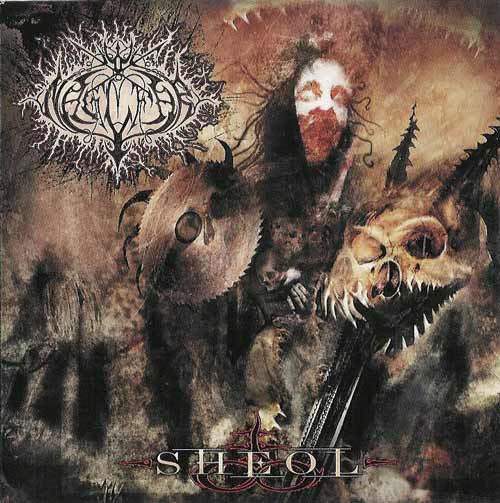 The artwork was once again done by Niklas Sundin. Besides hell (the translation of “Sheol”), is there a specific theme to it?
I wouldn’t say so. For “Sheol” we were hunting really hard for the suiting cover art, lots of guy were working on ideas for it, but many suggestions weren’t what we liked. Niklas then made a suggestion sketch and we all like “Hell Yeah, this is fucking it”! We did want some things to change, so after a couple of weeks it was perfect. We want a very abstract feeling, some sort of nightmare scenario that is abstract and everyone can see their own thing in it. A few days ago we saw the booklet and it’s fucking awesome! Especially the vinyl!

I think a lot of people will be very anxious to hear: Are there any touring plans for the near future? Some festivals maybe?
It’s all still on the sketch board, with the wishes of the label and what the promoters are offering. We’ll do some festivals this summer, hopefully more next summer. Also single shows, and tours in Japan and the U.S.
Great, have you played there before?
No. I have played there with BEWITCHED, but never with Naglfar.

Another tour-related item. In 2001 you were supposed to play Wacken, but you were re-scheduled to play earlier, and undoubtedly a lot of people missed your show. What was the reason for that, and did you have anything to say about it?
We really had nothing to say about it, it was decided over our heads. Some people from the Wacken crew just told us that we were supposed to play in 40 minutes, and if we were too late it was too bad for us. It took us about 30 minutes to find the tent stage where we were rescheduled to play, so we had like 4 or 5 minutes to prepare before we had to play. The tent was absolutely overcrowded, and it was a very violent gig. Many more people wanted to see Naglfar play, because there was not much Black metal at Wacken. It’s a festival with mostly traditional and Heavy Metal, that year there was only Naglfar and maybe DIMMU BORGIR from Norway that played brutal and maybe satanic music. But everyone that saw us liked it.

For a very long time your official debut “Vittra“ was very had to get. It was recently re-released, but do you think that things would have been different for the band if “Vittra” would have been easier to get, so that more people would have heard your material?
Hard to say, that’s why we re-recorded and re-mastered some songs on “Ex Inferis”. There is great demand from the newer fans, that’s why “Ex Inferis” is a good new introduction into Naglfar. It’s hard to say what could have been, but unlike other bands we did have the time to finish our studies. Other bands rise like stars and fall like hell, it’s a cruel business!

When you started out, you were quite young. How did your perception on the music genre develop throughout the years? Did you mature as a musician?
For myself and my personal tastes, I am now into more brutal music, and also emotional music. This is a bit of a freaky question, to mature… The band has matured, we are better at playing our instruments, better at writing.
What I also mean, a lot of bands are really excited when they release their first album and think they will make it big. That’s not always realistic.
Yeah, you’re right we had it a bit after the first album. But we’ve always been realistic, and never rush things like this. We want to put out releases that are good all over, and we like a label that doesn’t want us to deliver an album each year, but gives us the time to do it our own way.

Your old label War Music became New Hawen, and you are still on their roster. Part of their distribution goes through Century Media as well. Do you like the cooperation and until when is the contract?
For me it’s the best thing. War Music basically decided to become a sub-label of Century Media, and this helps Naglfar a lot. This way we have better distribution and better attention. A bigger label like Century Media has different influences in the industry; New Hawen is just one guy. But we do most of the promotion and such ourselves.

The members of Naglfar are also involved in some other projects. What’s the status of for instance DEAD SILENT SLUMBER, HAVAYOTH and BEWITCHED. And you’re in SETHERIAL, right?
Yes, I am the vocalist of SETHERIAL. For DEAD SILENT SLUMBER, Jens (Rydén, vocals, and only member of DEAD SILENT SLUMBER- Vincent) wrote some songs, but we’ve been working with Naglfar for some years now. His attention is on Naglfar until it’s totally done, then he might work on DEAD SILENT SLUMBER again. Marcus just finished recording the new ANCIENT WISDOM, which will come out in the fall on Avantgarde Music from Italy. SETHERIAL will release two albums: one compilation with unreleased material on Napalm Records, and a new full length album called “Endtime Divine” on Regain Records in, I think May. One week ago we finished recording the new BEWITCHED, “Atrocities In A Minor”. A new full length is coming in the fall; we are almost done with the writing of it. Both albums will be out on Regain Records.

Well, that’s it for my questions. Thanks a lot for the interview, and best of luck for the near future and “Sheol”. If you have any last words, go ahead!
I hope you will all check out “Sheol” and give it some spinning time. Hopefully we can come to the Netherlands so hopefully you will check us out live.