Lungtoucher – “Aesthetic is important to me with releases, but I am not necessarily limiting myself to the old school designs.” 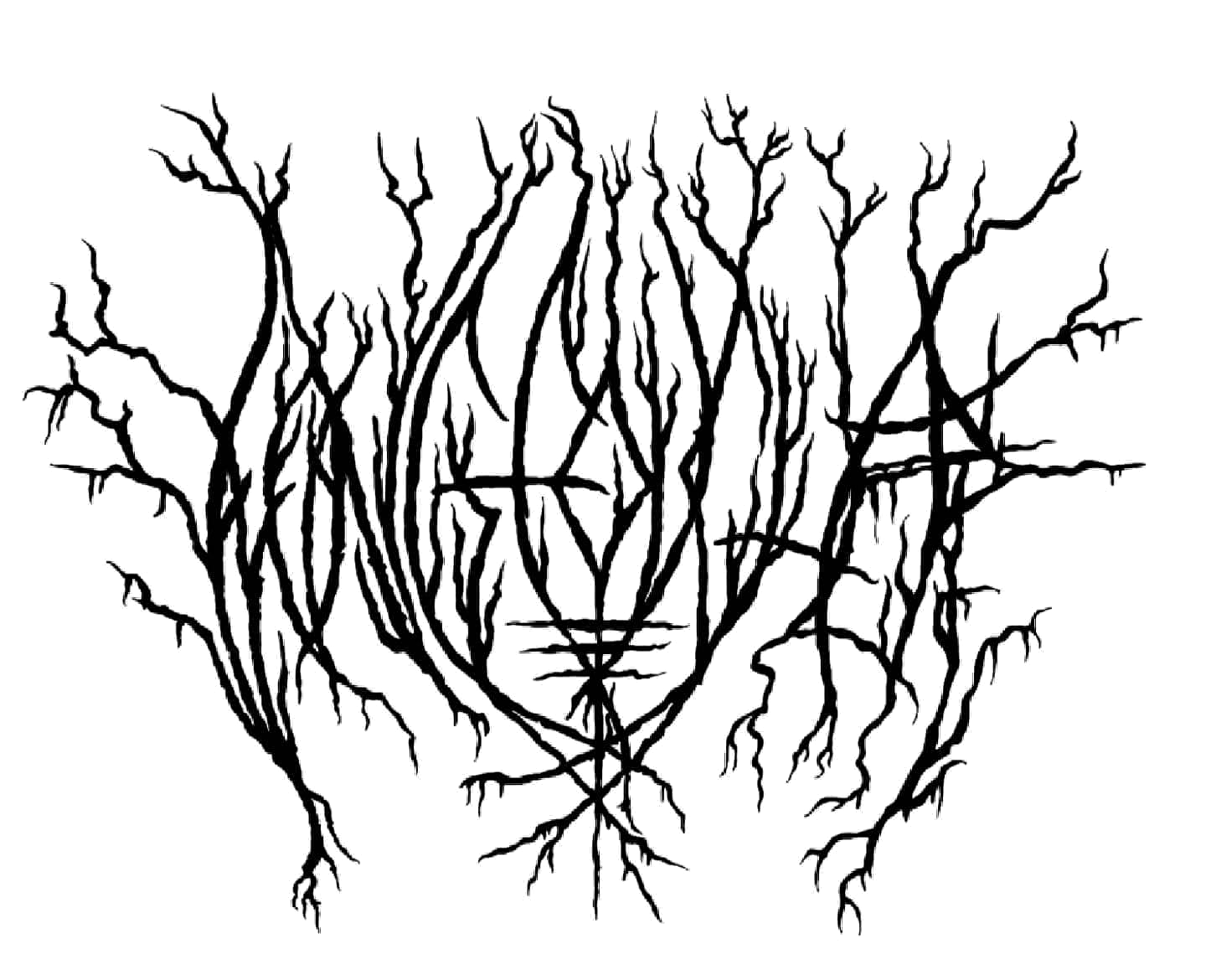 The sublimely named Lungtoucher, brainchild of one Devon Brown, have this year unleashed the intoxicating ‘The Ninth Incantation’, a debut album of unbelievable darkness and melody. I got the chance to fire off some questions to Devon and he told me all about how he came up with the name Lungtoucher, about his relationship with Death Prayer Records, and about growing up as a hardcore kid. (Marksson)

Greetings Devon, and thanks for agreeing to answer my questions. How is life in your part of the UK these days?

Good Evening Luke, the UK is swiftly delving into Winter after what felt like an endless Summer. There is a palpable sense of uncertainty as the cost of living is rapidly increasing.

I have been sampling the delights of your debut album, ‘The Ninth Incantation’. Can you tell me what the album name refers to? Is there one specific concept running through the album?

The album name refers to a set of rituals performed around its creation, this is the concept running through the release, whether it be personal shadow work or group ritual workings. The collaborative artists also added their own influence which managed to fully bind the work.

The album is a flowing blend of savagery, yet rich with melodic undertones and interludes. I won’t lie, I’m not familiar with your earlier work. Would you say that your sound on the album forms part of a progression from your earlier releases, or do you try to stay consistent with your style?

I have used pretty much the same setup for recording all my releases, so there will definitely be similarities in production and guitar tones. I would like to think I have come to utilize the programs better, so hopefully this is audible in the releases. I enjoy layering guitar tracks and trying to create a wall of sound, my first release was actually full of slower tempo songs so over time I have worked to add more variation to them. Changing how I perform and layer vocals is prevalent between releases, mixing in different vocal styles and softer singing.

Can you tell me who designed the artwork and what it represents? It is designed in the traditional black and white of old school BM releases. Is this aesthetic important to you?

The front cover for the vinyl and the back cover image was created by Woodcvtter Illustration. I gave him a very quick brief, one of which was based on a biblical Thrones Angel reference, and he created some work which I am very pleased with.  I tried a few variations of colours but ultimately the black and white looked the best. The insert image was created by my friend Avian White, for this I asked for a Seraphim design which was also used on the merch I had previously made. Aesthetic is important to me with releases, but I am not necessarily limiting myself to the old school designs. 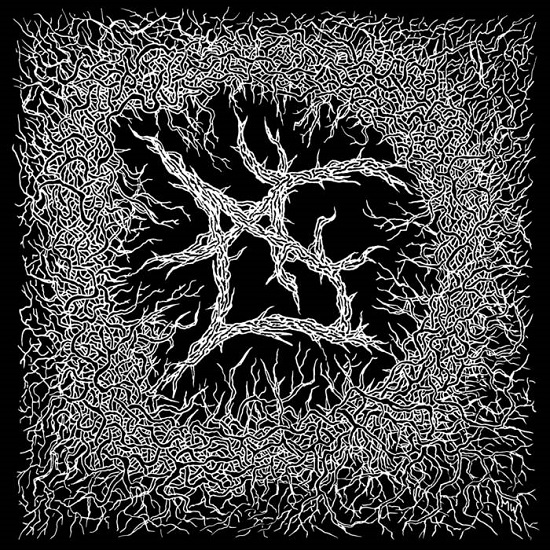 You have formed a collaboration with UK label Death Prayer Records to release the album on cassette and LP. How did this relationship come about? Also how important to you were the formats chosen?
Death Prayer (previously Death Kvlt) are a label I have been in contact with since I first released The Offering in 2019. They always expressed an interest in the project even if certain releases were not a fit for their schedule. After releasing Medraut through them, we spoke about releasing my first full length, which would be my first release on vinyl. We then spoke about a signing for the previous releases and future releases, which I gladly accepted. Death Prayer are a fair and honest label, which is more than can be said for many. I have also met the label staff in person which adds to trust in the partnership. Cassette is an important format for me, as it is readily available and affordable, also vinyl production times seen to have reduced to a more reasonable time frame, so hopefully more Lungtoucher releases will end up on this format too.

I have to ask around the name of your project. Where did the name Lungtoucher come from? It sounds brutal!
Thank you. It came about when a friend was telling me about a cancer treatment he had received. He mentioned that a surgeon said that he had ‘Touched his lung’, this spawned the name Lungtoucher. Although it was never used for a project until a few years later.

You have been fairly prolific in the three years since Lungtouchers inception. How do you strike the balance between constant releases whilst keeping the quality of musicianship and song-writing so high?
I try to plan out when things will be released to have a balanced schedule, but I do not release or write as much as a lot of other artists. I also tend to come back to songs I’ve written at many points and change or edit riffs or other parts. I’m far from a perfectionist, but I will leave tracks a week or two and come back to it with a fresh perspective. The initial idea for a track will be written but I usually come back to them a few times before I decide its finished.

Will this steady stream of demo releases, EP’s and splits continue now that the album is out, or do you plan to slow it down and work on more full lengths?
I’m hoping to mainly focus on writing full lengths, I’m planning a split or two for next year or maybe a collaboration record, there are a lot of talented musicians about and it’s always interesting to have another artist working on something with you. There are a collection of half written tracks that may get finished, or may fall by the wayside.

What music did you grow up listening to? Which bands would you say have a direct influence on Lungtoucher?
My teenage years were spent listening to AFI, Misfits, Alkaline trio and Interpol. I got into Hardcore and Melodic Hardcore and played in a few local bands during my college years, and my music taste just expanded over the years. I think I first properly got introduced to Black Metal by a few friends who ended up becoming tattoo artists. I would say that everything I listen to has an influence on Lungtoucher, I try not to base my sound on any particular bands or eras of Black Metal, I want to create releases that have originality but still respect and fit the tenets of Black Metal and Black Metal adjacent music.

Do you have any other projects on the go? Feel free to plug your stuff.
Currently I’m just focusing on Lungtoucher. But there is a previous collaborative release called Medraut.

Do you follow the UK Extreme Metal scene at all? Are they any bands local to you that you would like to recommend?
I do somewhat, I shall be attending The Suns Journey Through The Night live performance, he is an outstanding artist and I’m excited to experience the live show after missing it in London. Not necessarily local but the releases under Inverse Solar Reqvriem are outstanding. The Pembrokeshire Black Circle have also been busy in their esoteric practices so I’m excited to hear what they have concocted. Also you may as well check out Maiden Hair as I’m constantly being accused of being him.