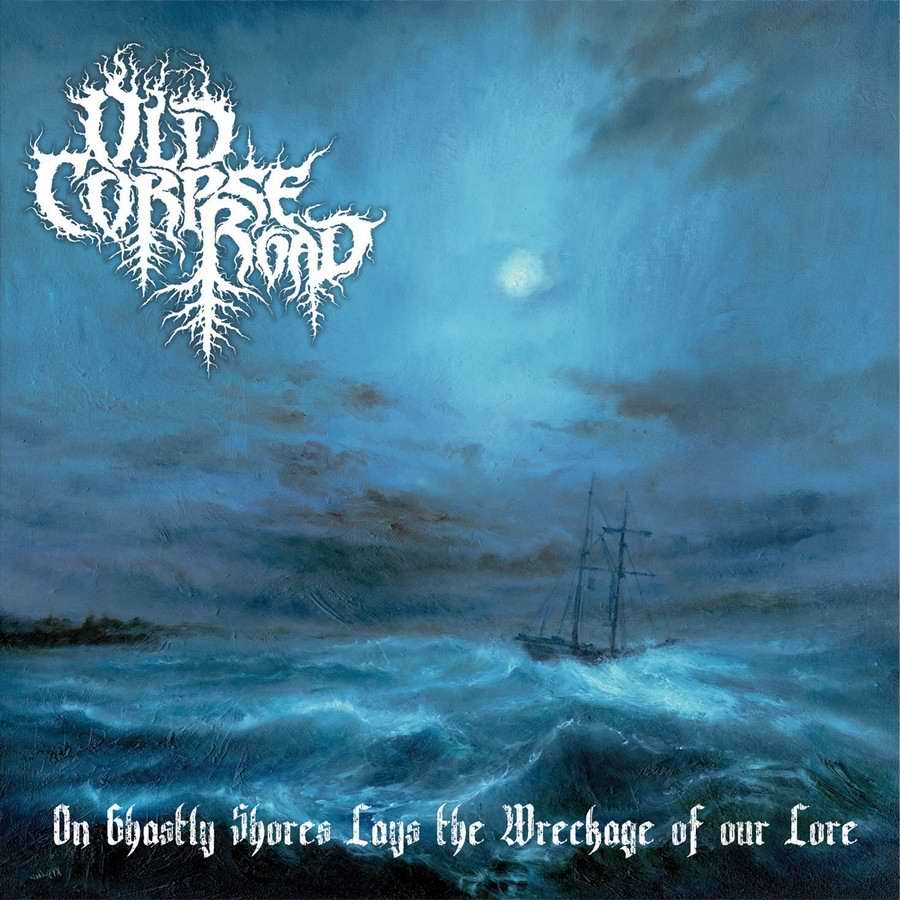 “On Ghastly Shores Lays the Wreckage of Our Lores”, the third full length offering from UK Folk/Black Metal pioneers Old Corpse Road is proving to be something of a departure from previous outings. Usually an OCR album starts with a long, synth laden intro track but here the opener and title track gets straight down to business, and “Harbingers of Death (Voices in the Tempest)” very much continues the theme. There are other changes too, or to be more accurate progressions with the bands sound and approach. OCR have always had a touch of whimsy about them but here the folk elements are far more prominent, the bands more subtle, softer side rises to the fore for more prolonged bursts and there is a darkness about this album, an overall atmosphere of intense bleakness that has never quite been there to this level on past incursions.

I’ve been a huge fan of Old Corpse Road since their debut offering, the 2009 “The Echoes of Tales Once Told” demo and every release since then as added to the bands aura, heaped new layers on to their sound. With their debut album “Tis Witching Hour… As Spectres We Haunt This Kingdom” they soared to new heights in both melody and song writing ability and until now this was the bands darkest offering. (Their second album “Of Campfire’s and Evening Mists” was a far more autumnal, warmer affair.) They say that the sea is a cruel mistress, and OCR have channelled that feeling sublimely with this more nautical adventure.

Song writing has always been of a supremely high calibre when it comes to Old Corpse Road, who can meander their way from epic tales of British myth and lore through their muli-vocalled approach, the spoken word musings of The Wanderer adding layers that other bands simply dream of reaching. The next moment they are blasting out furious Black Metal savagery with shrieks, howls and death metal growls all crowding in for dominance. All the while their relentless barrage of blast beats and ravenous riffs beat out a symphony of carnage whilst The Watcher spins melody throughout on the keyboard. For those who know of OCR, that description describes every release they have ever put out, yet for this album the progression is clear, the tightness that much more complete, the sound that much more honed, and the song writing their most mature to date. To top it all off, the vinyl edition released through Blackwood Productions is a thoroughly professional and epic thing to behold, a double LP, one blue one green, and with old fashioned compasses as the vinyl centrepiece. Utterly superb.

Lastly the artwork, which as you reading this is just off to the left. What a masterpiece, painted by an artist from the North-East of the UK by the name of Kate Van Suddese. A stunningly beautiful album from start to finish from one of the very best bands in the world. (Heathen of the Horde)