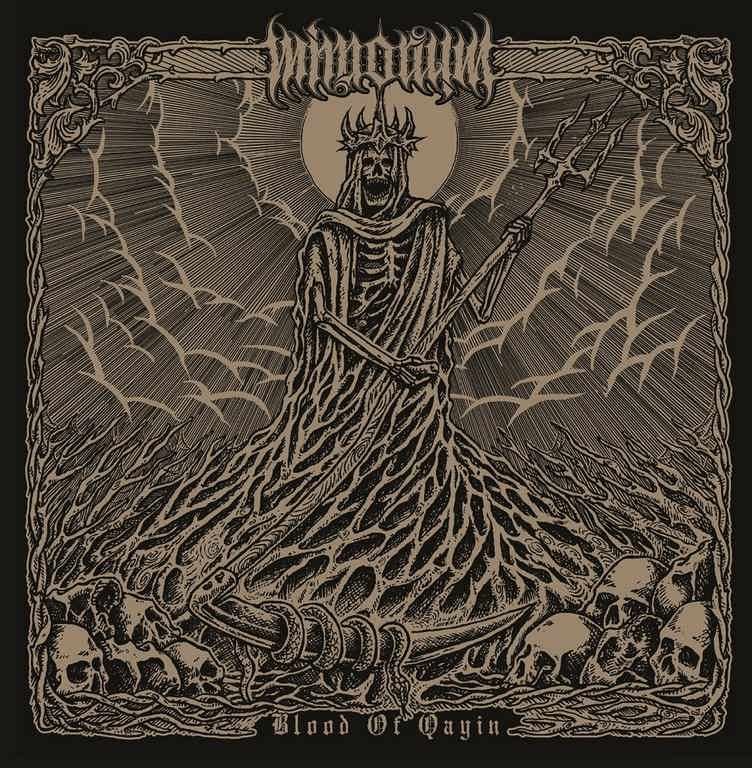 Mimorium! Those who aren’t familiar with the band should listen up If you dig Black Metal from Finland! The band started in 2016, it features members from Marras and Callidice, and released the first record and album in 2018 entitled “Incipit Chaos” through Heathen Tribes.

“Blood of Qayin” is the 2nd full length and was released by Spread Evil Distribution. The 41 minutes are pure Scandinavian Black Metal, icy, with a sense for melodies and violence, like wolves tearing apart its prey.

Open chord riffing, tremolo picking, fast power chord destruction and lead melodies as well as Thrash laden moments can be found here, all served on a carpet of blasts, slow beats, tribal rhythms (fill variations) and all in between, so enough drive, enough atmosphere and variation to keep everything interesting. “Profane Breed” for example has the melodic nature of Dissection and the occult aura of Behexen. Technical skills are present everywhere, just listen to the dynamic drumming on “Regret Everything in You” with its majestic feeling and its suitable speed for headbanging. More frenzy stuff can be found in form of a track like “Left Hand of North”, the right battle hymn, chorus included…hell yeah!

Mimorium delivered an excellent follow to their debut and doesn’t have to fear acts like Naglfar and the likes, who released good records as well.

“Blood of Qayin” has the right portion of everything that makes Scandinavian Black Metal exciting and can be easily recommended to the fans of the genre. Helvetti! (DPF)