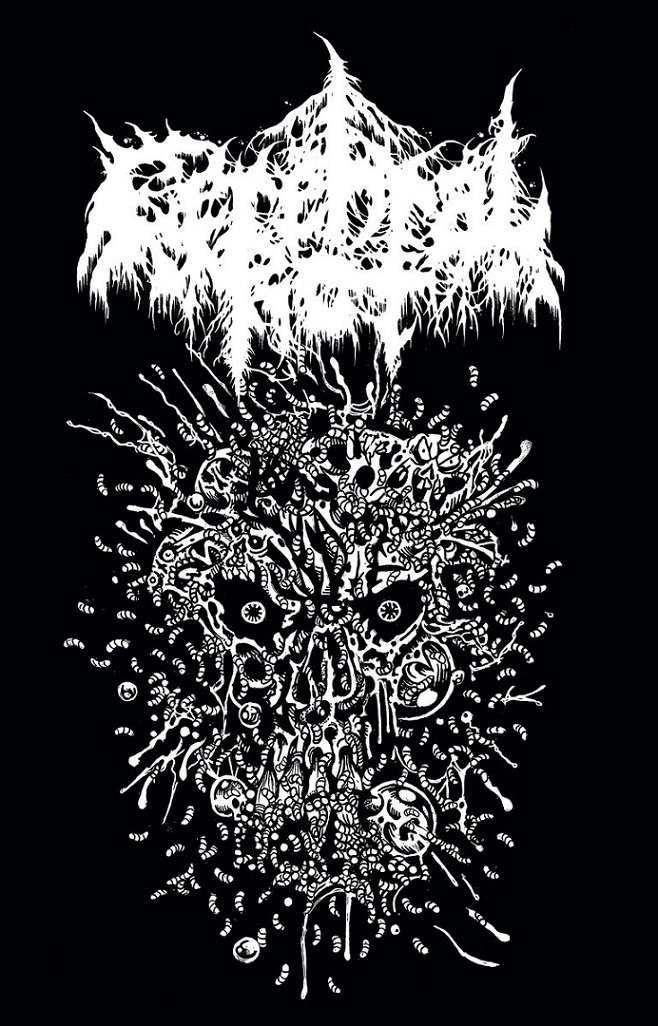 Anything relating to ejecting pus, you have my undivided attention. Cerebral Rot never fails to impress with their grimy, sludgy, murky sound and with their 2020 demo “Spewing Purulence” gives another reason of why these guys deserve the praise they get in the underground scene. They released a killer debut LP from 20 Buck Spin in 2019. Folks from WA state know how to effortlessly create a cavernous swampy feel to their music, and with these two tracks to grace us, I’m left wanting more! This quartet came out with barely 11 minutes to give us something to salivate until another LP comes our way (hoping sooner than later. Artwork done by Karina Monzon, outlines a face of a corpse, emitting fine detail of maggots and bubbly masses of secretion to simply represent what Cerebral Rot is about.

Starting with “Vile Yolk of Contagion” the obvious very primitive style of playing, with of course some wails from Lindstrom’s guitar work that coincides with Schwabs guttural low pitch cadence with some effect thrown in, reminding me of MA “Domination” era giving more depth in the reverb. O’Bryant’s drum work comes in as always to give an extra density within the ambience this track alone creates. Then you have the better of the two tracks “Spewing Purulence” that sounds more murky in tone and has more rhythmic sections coming through versus dominating vocals/guitar riffs. Bass comes through somewhat this track but it’s really the drumming that’s center stage, of course throw in a couple (I assume alternating) cool solos at 2:09-2:34 & 3:05-3:31 within the reasonably timed tracks being over 5:30 each, is a huge plus. Recording sounds like it was done at a band practice, and for being a promo release, I’m so eager to see the product in its final form. (Tori Belle)