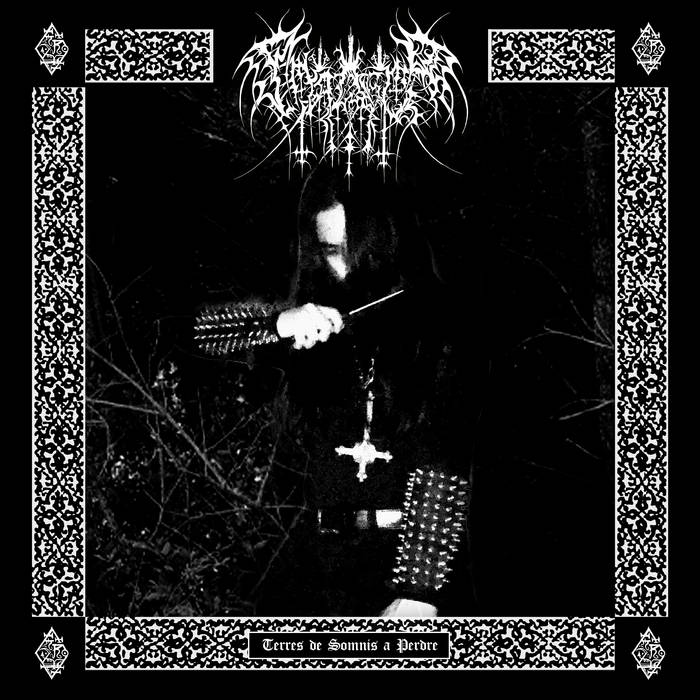 Since the advent of the Covid-19 pandemic, the lock-downs and social distancing have proven time and time again that this forced “exercise” in misanthropy had quite an effect on Metal musicians.

During this period, mainly the underground Black Metal circles and lone musicians have been hard at work and putting out releases of a quality that we haven’t seen for some time now.

Amargor from Barcelona, is a quite prolific project. Having its first release dating back to 2020 and so far it has amassed a respectable and numerous discography. Also, the band is undoubtedly one of the spearheads of this resurgence of lo-fi raw Black Metal that doesn’t compromise its composition or atmosphere just for the sake of sounding raw.

In its last output “Terres de Somnis a Perdre”, an EP which was out last July, what this one-man band presents isn’t anything new, but it’s clear that the purpose here isn’t innovation. It’s the perpetuation of what was done in the 90s, in both its sonic and visual presentations.

Even so, despite it’s clear devotion to Black Metal’s “golden years”, “Terres de Somnis a Perdre” is a nice example of on how this particular kind of music can preserve it’s aura and suffocating atmosphere without compromising its melodies due to a forced, or even fake, poor production.

What we find here is (to my ears at least) what can be described as one of the peak examples of modern Black Metal that remained true to its roots. It’s cold, bleak and devoid of colors, all accentuated by the vocal delivery that transits from shrieks and howls, all sung in Catalan which only enriches the listener’s experience.

Another point worth nothing is the use of live drums on the recording, which is becoming quite rare in this particular scene as of the last few years. And the percussion is competent in all its reverby and echoing glory.

“Terres de Somnis a Perdre” is a dismal piece of art, honest in its intention. But I have to point out that there are some audio glitches here and there in the recording. Something that may cause some estrangement during the first listening for some.

Nothing that detracts from the experience, far from it, as these audio imperfections are a product from what seems to be a very analogic recording process.

This 27:21 minutes EP is one of the highlights of the year for me so far. I’d recommend it for anyone looking for a nostalgic journey in the soundscapes of 90s Black Metal, but don’t want to listen to the same old records. (D.F.)