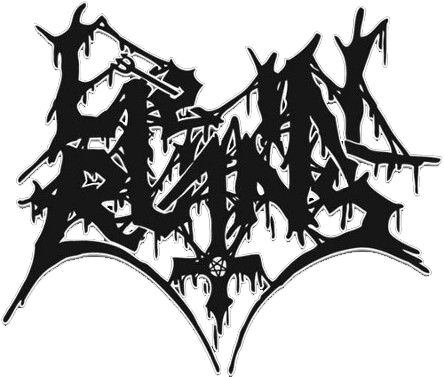 So the first and always so original question: please introduce Lie In Ruins to us.
First of all…Hi and thank you Martin for making this interview possible.

Lie in Ruins hails from Finland and we are making our best effort to keep DEATH in METAL.
Our line-up is Tuomas K. – guitars, Roni Ä. – guitars and me (Roni S.) – vocals and drums. Actually we have a new drummer debutant and we are rehearsing like mad men to get in shape to do some live attacks. I’ll be doing vocals and bass during live attacks.

Since you are playing the drums and doing the vocals, I would like to know how important Autopsy is for Lie In Ruins and for you personally. How exhausting is it to combine this?
Well it’s probably the most important death metal act for me and for Lie in Ruins when we talk about US bands. Their sick and perverted death metal is one of a kind.
Playing drums while doing vocals is too hard for me. That’s why we have a new drummer debutant. Our main goal is to do live attacks now and therefore we need a drummer since I can’t combine those two skills. It’s gonna be killer though because my first instrument was bass, so the circle has closed, hehe.

Lie In Ruins was formed back in 1993 but just recently in 2005 you guys just released the first (!) demo. What have happened? Was there some lack of inspiration? Did you not have the opportunities or what so ever? Or did you just partied and drank beer?
A lot happened back then. We were bunch of young guys trying to copy some early Swedish death metal and making some own songs as well. After a while we got frustrated that we couldn’t find a decent drummer back then and our other projects just crushed Lie in Ruins.
So all those years in between we played in other bands and kept in mind that we should do our thing later on. Now you can hear the results.

The first demo “… Monuments” has a simple sound demo but with a lot of energy. It reminds me to the early Swedish demo days of Grave and Treblinka with sometimes the sound of the legendary Demigod. Have you chosen this approach with a certain meaning or did this sound just came out of the recording?
Yeah, it’s more kick you in the face kind of death metal compared to …Statues. I would say the sound just came out. Even though I have to say that almost all songs on …Monuments can be dated to -93 era. Skinstripper is the only song which was composed for this demo, all the other songs contain parts of the first songs we ever made.

The second demo “… Statues” has a total other sound and reminds more to Entombed and Dismember. What is the reason to “change” the style (if you can say it like this)?
I wouldn’t say changed but it’s ok though. I agree that …Statues has more rock vibe on it but at the same time it’s more atmospheric and a sicker bastard than …Monuments was. If I try to figure out what are the reasons behind this I can only come up with us having more skills and …Monuments just having older songs on it.

Besides Scandinavian influences, are there any other musical influences? Who is responsible for the music and the lyrics?
As you earlier mentioned Autopsy is a BIG influence for us. Also Bolt Thrower, Pungent Stench, Celtic Frost, Asphyx and such are huge for as, to mention a few. This list could go on forever but those are the most important.
Tuomas has been responsible for all the music that we have made so far. He does guitar and bass parts along with some basic drum parts and then he introduces the songs to us. Then we start to make this song breath. I make some modifications to the drum parts and then some minor changes here and there. After all this is ready I start to do lyrics. Usually I do lyrics a few days before studio which is kind of a bad way to do those but it has worked so far. Also Jussi of Supreme Court has helped me out with a few lyrics.
Roni Ä. has lately come up with some good riffs so maybe we can hear also his songs on our upcoming releases.

Both titles of the demo starts with “…” and are formed by one word. Both words can be described as non-moving objects that in principal are designed to last for a long time. What is the philosophy behind this? What will be the title of the new recording?
Actually you got the point already. Those demos are made to last and those titles describe that well. At first we didn’t think about that too hard. We just named our first demo as …Monuments. After that we processed the concept further and came up with the idea.
We have few releases coming up. A split with DEATHEVOKATION (US) should be out later on this year and also a kind of compilation which compiles both our demos together. This release will continue with the theme and it will be named “Architecture of the Dead”.

Do you think that labels are a still looking for bands like Lie In Ruins or do you think that those days are over? Are you not “to late” with your music? Don’t you regret it that the band has been so inactive for years and that you missed your opportunity?
There’s always some dedicated labels who still love the real sounding death metal. We might be late but its better than never. We’ve always wanted to do this so it’s pretty much the same to us are we making a full length for some label or if we keep coming up with new demos. The scene is pretty active and you can distribute your music on the internet so it’s far easier nowadays.
So, no regrets. I even think it’s better like this. If we would have signed a deal at the age of 14 we probably would have got a shitty deal and got frustrated with all music by this far.

Since you have been active since 1993, you have seen the death metal scene rising and collapsing. Nowadays death metal can be heard again among many people. What does the scene has to do to avoid the Collapse it already had?
Well it’s just matter of trends. For example in Finland metal is so HUGE that even grindcore bands and such can make it to the official sales charts. It’s mad. It’s gonna collapse soon though (hopefully). Anyway, good music will always be there and people who like it will like it even after the trend is over. It’s only the natural thing to harvest the shittiest bands from the scene, hehe. Only the fittest will survive.

I guess the future for Lie In Ruins looks bright after all those years. What can we expect soon from the band?
Sure is. A few upcoming releases and hopefully lots of gigs later on this year. Like I earlier said, live attacks are our main goal at the moment.
I’m quite sure that we will start to compose some new shit also but first things first.