Bones from Belgium releases a more than fine EP back in 2014 and it became rather silent after that…and out of the blue, the EP “Gate of the Night” appeared. And although the formula stayed the same, this EP is without any doubt a good listen as well; old school Death Metal without any frivolities, just plain vicious, ferocious and a greasy sound. Like with the previous interview I had with Bones, Jeroen is here to update all of us. (Ricardo)

Last time we spoke was back in 2015, right after the release of the “Awaiting Rebirth” EP. Kas (bass) left Bones, probably to focus on Bütcher, and Laurens Jan Oostrom stepped in. Also you mentioned in the interview that your next goal was a full-length album. To be honest, silence became Bones’ best friend and there you are…a new EP out of nowhere. What the hell happened after releasing “Awaiting Rebirth” towards the “Gate of Night” recordings?
After “Awaiting Rebirth”, we spent a lot of time further honing our songcraft. This initially resulted in the songs on “Gate of Night”, of which we are quite pleased. But most of our time in the interim has been spent on patiently constructing, perfecting and recording our full length. Quality always, we are making sure every element is of the highest possible level. As we speak it is rather far along and we are quite excited to inflict it upon the world. However there’s still some uncertainty when exactly it will be out due to among other things the corona-crisis and the impact it has had and continues to have. In any event you can expect a crushing full length that takes things to the next level.

What’s your opinion on your EP “Awaiting Rebirth” (10″ Vinyl released by Blood Harvest) release nowadays? How were the reactions on this album?
Reactions were quite good. I think we might have handled some sound elements a bit differently nowadays, but I still like the songwriting and structures. It’s a cohesive set of songs with a nice flow and identity. 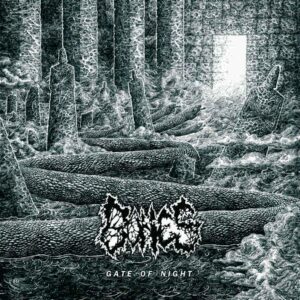 And what about your new EP;  “Gate of Night”?
The writing process consisted of smashing Stef’s riffs into mine in different ways repeatedly until something begins to take shape followed by a lot of refining. Viktor brings the drum destruction and Laurens is great at tying everything together. We always strive for a good balance between aggression and atmosphere, I feel we nailed that particularly well here.

The recording process was as ever handled by Viktor (Celestial Event Studio) and he did a more than superb job, I’m very satisfied with the sound. Organic and devastating. Mastering was done by Enormous Door as before, they always deliver.

The artwork partially illustrates the lyrics of the track Gate of Night itself. Many of our lyrical themes are centered around ancient Egyptian/Middle-Eastern magic, ritual and religion with attention for both the violent and gruesome as well as the spiritual. This track has both. It explores the journey that the solar god/the deceased must make at night in the divine barque through the underworld, where chaos serpents must be fought in order to arise triumphant and transformed at the eternal dawn. I feel both tracks really exude their respective lyrical content and work well with the cover. It’s a strong whole of which I’m proud, and which holds some personal meaning as well.

In your own words and opinion as a member of Bones, what do you consider as the musical difference between your latest release “Gate of Night” and its predecessor; “Awaiting Rebirth”?
Improved songwriting and sound, a good evolution. It’s both more aggressive and more atmospheric. Vocals came out cool too. We might have been drunk.

Will the full-length release occur?
As mentioned, the full length is in an advanced stage. We’ve pushed ourselves on all fronts and the result is what I would certainly consider our best work so far, by far. Quite heavy and evil. Sound-wise all our many existing individual influences are still present, but I think more than ever we’ve combined them into a powerful whole truly our own. Since it’s a full-length you’ll see us explore the full range of our capabilities. 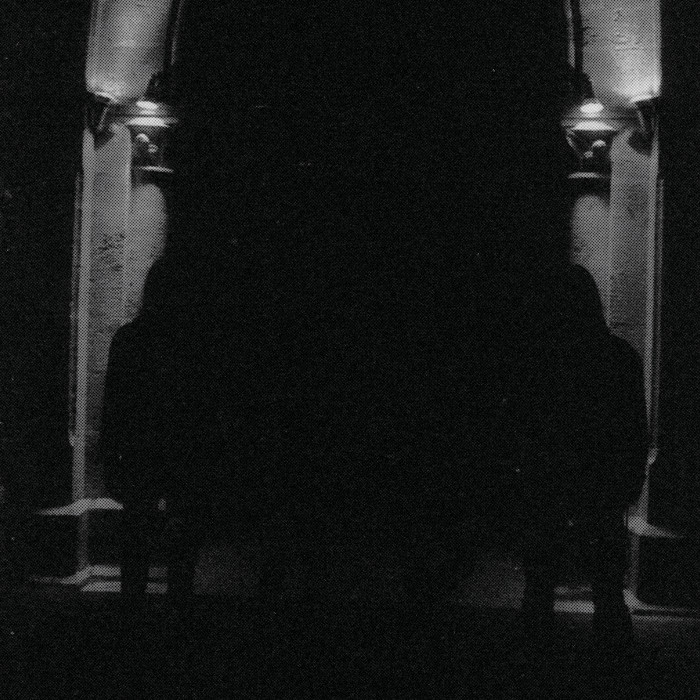 Are there any bands or albums of your recent playlist you would like to mention?
Some recent death on rotation, not necessarily new: Vomit (Chile) – Invoker of the Past, Funeral Chant – self-titled, Ossuary – Supreme Degradation demo, the new Perdition Temple album, Damnation (Pol) – Rebel Souls, Siege Column (everything) .. Oh and I still haven’t recovered from Ascended Dead – Abhorrent Manifestation, surely one of the very best death metal releases of the last few years. Looking at Belgium there’s a somewhat recent surge of cool black metal bands of which I’m sure you know some: Gouffre, Effroi, Moenen of Xezbeth, Phlegethon’s Majesty.. Shoutout to our brothers in Possession and Bütcher, and Destructo (NL) who put out a cool tape last year.

Thanks for your time!
Thank you for the interview my friend, hope to see you out there and share a beer together whenever the fuck shows are possible again in a decent fashion. I’ll have one to your health right now in the meantime!