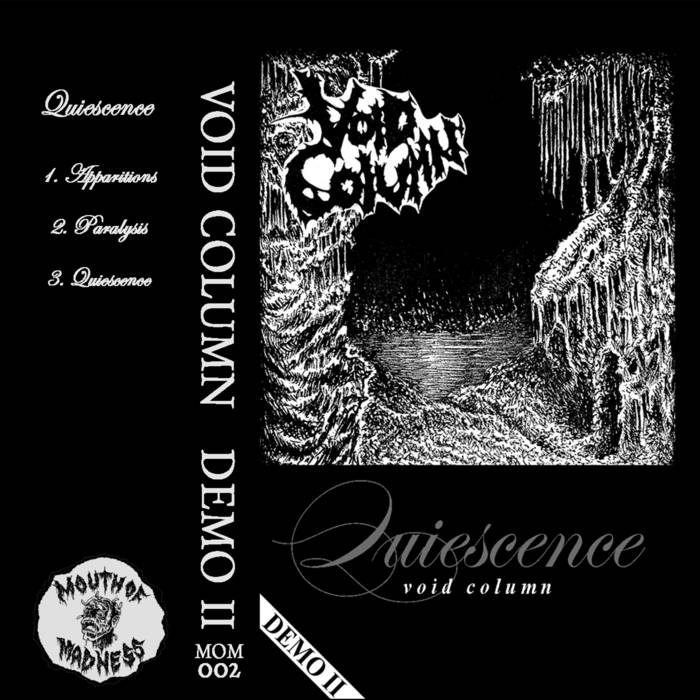 As is so often the case, I do agree with Ricardo. The sound on the debut demo was so grimy and overwhelming, you just have to love it. That same sound has continued on this new demo tape. Only minimal shifts in sound and tone can be detected. While the vocals are still ultra-deep and heavy, the guitar sound seems a bit lighter and the riffs are a bit faster, adding a bit more dynamics to the overall sound. This is by no means to say that the depth has disappeared from Void Column’s game. These three songs give a somewhat more complete picture of Void Column’s musical capabilities, a song like ‘Paralysis’ is a bit more in line with ‘The Chasmic Death’-demo while the title track is an example of that somewhat “lighter” approach – if you can speak of such a term at all when talking about a band like Void Column. However, people who were charmed by the first work need not worry at all, so Ricardo can also go back to sleep peacefully. Void Column is still the musical equivalent of the abyssal darkness from which the all-engulfing emptiness swallows you whole. (FelixS)