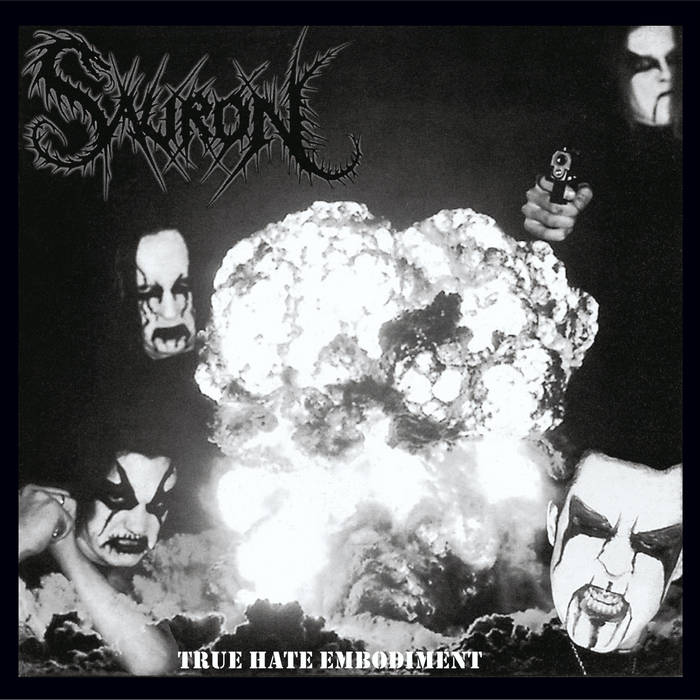 As an avid youngster, I plunged myself into the world of Black Metal towards the end of 1999. As anyone of that age does, I was like a sponge and soaked up everything I could get my hands on, which of course was not nearly as easy in those days as it is today. The MP3 had barely been invented and the internet was mostly via dial-up modems. It was still the time of distro lists that often contained hundreds of unknown bands (to me at least). From the Dutch Satans Millennium Records and Black Abyss Productions (run by Jeroen of Haat, Orodruin, Blood Tyrant, Demstervold amongst others), for instance, I regularly received such lists; no such thing as a quick Spotify or Bandcamp check, so it was for the most part based on cool band names and titles. And the price of course, because as a high school student it was mainly a matter of seeing what you could get for your pocket money. It was all about sending money in an envelope and then waiting under the letterbox for the mail to see what what you ordered looked (and sounded) like. This way I bought demo tapes of bands such as Grimfaug, Hellsermon, Sombre Chemin, Grand Belial’s Key, Haat, Cultus and Lugubre, for instance.

It is to those times that listening to this split CD takes me back. A nice and rather nostalgic feeling, that at the same time makes you feel old. This split CD, released especially for the Veneration Of The Dead festival held in Rotterdam (which is co-organised by Heidens Hart), where both bands made their appearance this year. It includes Sauron’s ‘True Hate Embodiment’-EP which was self-released by the band on their Global Extinction Records in 2000 and also on 7″ EP three years later via Macabre Operetta (run by Mortifer of Hell Icon, where Sammath, among others, also got their first vinyl release) and Lugubre’s ‘Resurrection Of The Beast’ CDR from 2018, which was self-released by them for their 2008 tour with Corpus Christii. So, no new material on this split CD, but a nice DeLorean trip back to the future of Dutch Black Metal.

Apart from the 1999 ‘Death..Tyranny..War..Blasphemy’-demo tape (how about that title?), the songs on ‘True Hate Embodiment’ were Sauron’s first recordings. Of course, this is audible and especially when you contrast it with the albums that would follow, you can hear Sauron still in its hobbit shoes here. When you go through the Sauron discography, starting with this 4-track EP and ending with ‘The Channeling Void’ (2007, Carnal Records), you not only hear a well-thought-out and logical upward trend in quality and musicianship, but also that on these early tracks, the Sauron DNA was already in swing. Later in their career, the music get a bit more balanced and you can hear that the musicians have gained (much) more experience, making the whole thing sound much more professional. But the full-speed-ahead and no-frills-at-all Black Metal, as it was played a lot back then around the 00’s, following Marduk’s example, is already quite enjoyable on ‘True Hate Embodiment’.

Although both bands do roughly follow the same musical direction, Lugubre’s four songs sound a lot more mature because they are from a good number of years later. As a result, Lugubre’s tight and confident musical playing contrasts a bit with Sauron’s youthful frenzy. But Lugubre also got off to a similar start, the early demo tapes released via Satans Millennium Records (whose owner Hermit was Lugubre’s first vocalist) paint the same logical picture of a band in development. The hateful and raunchy Black Metal really takes shape on the 2004 ‘Anti-Human Black Metal’ debut album (Folter Records). Three of the four songs featured here would later appear on the 2010 ‘Supreme Ritual Genocide’-album, with one of them also appearing in an earlier form on the split CD with Teratism (2007, Non Compos Mentis). Finally, we get an updated version of ‘Crush The Messenger Of Light’, one of the better songs from the bands’ debut. Although this version had been previously released, I hadn’t heard this version and when I compare it to the original LP version, the difference is mainly in the considerable more massive sound on this new rendition. Because of its heavier and more modern sound, I can imagine this version being the most preferable one for some, at least it fits well in the context of the other three tracks in terms of sound and musically thematic. Personally, I have a slight preference for the original, which sounds just a bit sharper and colder, even more aggressive perhaps, but that will possibly also be prompted by the fact that I have listened to that LP so often in the past.

All in all, a nice split CD. Perhaps not immediately to be labelled as a compulsory listen, but definitely one of musical historical value, which, as noticed, dragged me right into a nostalgic mood. It is released by Heidens Hart (run by the man behind Cultus), also one of the labels that has its roots in those early years when this madness all started and where I also regularly took my pocket money or hard-earned first pennies to. This completes the circle and also brings this retrospective, which ended up reading more or less like a who-is-who of the Dutch Black Metal scene at the turn of the century, to an end. (FelixS)