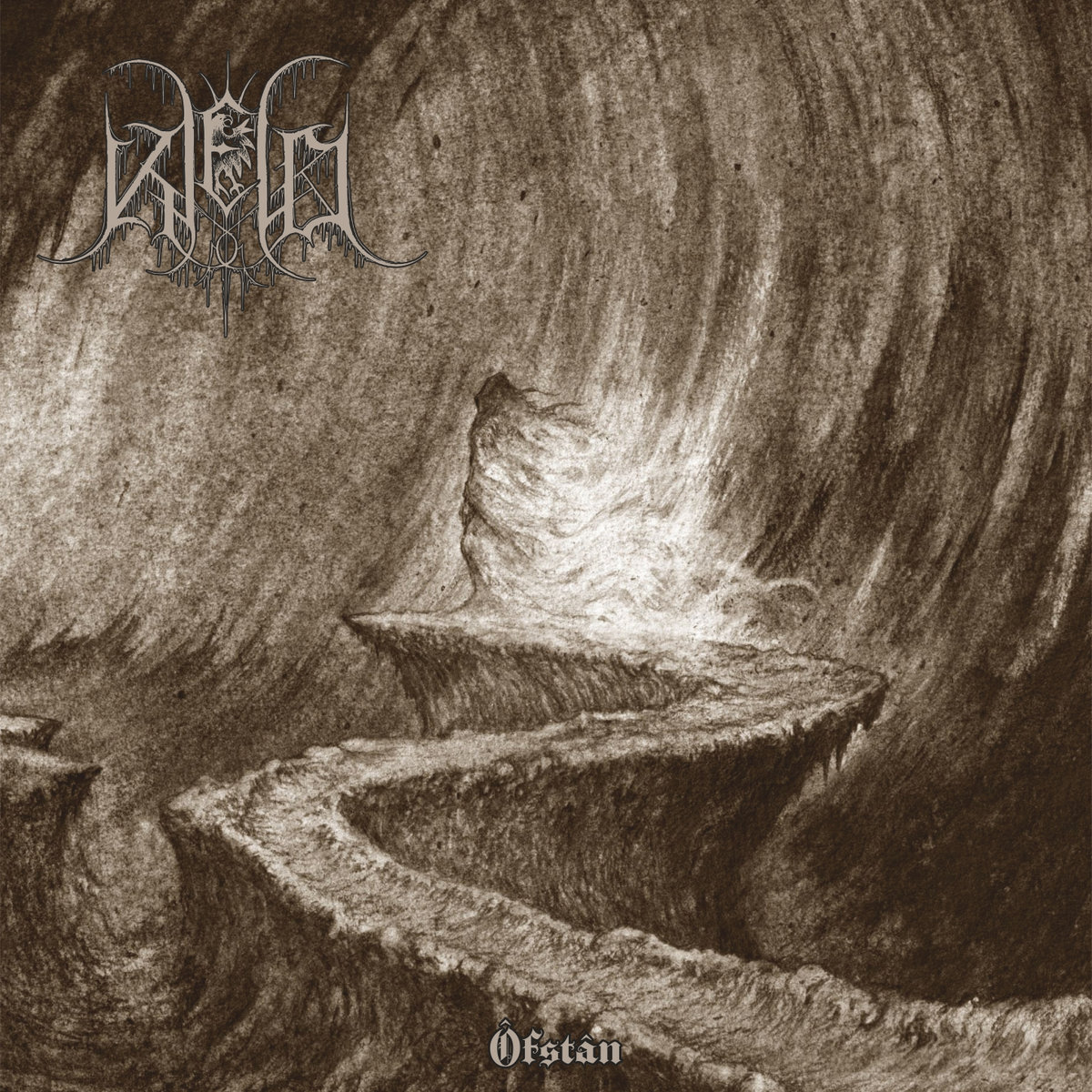 Northern Netherlands-based Kjeld is not a band in a big hurry. On the contrary. The band was formed back in 2003, but it took them until 2010 for the first feat to emerge, after which it was another five-year wait have their debut album delivered. Again it took the band several years to come up with the follow-up, although fans were still kept quiet with a split 7″ EP with Cirith Gorgor (2015, Heidens Hart Records/Aratron Productions), a split LP with Wederganger (2016, Ván Records) and a mini CD entitled ‘Banier Fan Frisia’ (2018, Heidens Hart Records). But that the band is a bit late with this second album is not a bad thing, as you can see we at VM-Underground got involved a little late ourselves as well. But, now that we’re all here, let’s get the party started…

Because a party, it is. On the previous records, Kjeld has already clearly shown that it knows its stuff. The influences of the Nordic scene were clearly audible. Despite all the familiar ingredients, the almost warm riffs and production made the debut album, ‘Skym’, a particularly surprising record of high-quality melodic yet fierce Black Metal. The chosen musical path continued on ‘Ôfstân’ and although it may have taken the band six years, the pieces of the puzzle now seem to fall into place all the more. The somewhat soft and warmer sound of ‘Skym’ has been exchanged for an unadulterated sharp sound that now really starts to suit the band name (which means ‘Cold’). Not only is the guitar sound a lot sharper, the drums also sound brighter and are a bit more on the surface in the mix. With this, the dazzling talent of drummer Fjildslach (Lugubre, Salacious Gods) also immediately stands out; he not only puts a hefty amount of throttle on the board, but also manages to keep things interesting with the many tempo changes and creative fills. Vocalist Skier also sounds just a bit more intense than on the previous recordings, he seems to be using his range in a freer and more confident way, where in addition to the fairly standard Black Metal rasp there is also room for some dark growls and even some semi-clean epics.

Besides the brisk pace, the band also manages to hold back at the right moments and make room for melodic leads and the sporadic use of subtle keyboards. The comparison with Scandinavian bands still holds true, but Kjeld thus increasingly grants itself its own musical identity. It still contains the melody of the Norwegian bands from the Second Wave Black of Black Metal, think of the early records of such bands as Gehenna and Dimmu Borgir, but pieces of Pagan Metal and Folk are also expertly added to its musical palette. A little experimentation isn’t shunned by the band either. The closing track has a somewhat dreamy, almost Post Rock ending, a theme also briefly touched upon earlier in the song, and escorts the listener to the albums exit.

In short, Kjeld shakes off more and more of its initial influences in favour of their own musical identity. That makes drawing musical comparisons a bit more difficult, but listening to it all the more interesting. That this is a successful second album is obvious. Only comment I could make is that with a playing time of just under an hour, it is a bit on the long side. We of the all-on-demand generation, living in a throw-away society are struggling with anything that lasts longer than a few moments. Within the metal scene we are increasingly being served with EP’s and short albums too. So, the short attention span of many might be put to the test with ‘Ôfstân’. But, if you take the trouble, an excellent album unfolds in which details can be discovered for many listens.