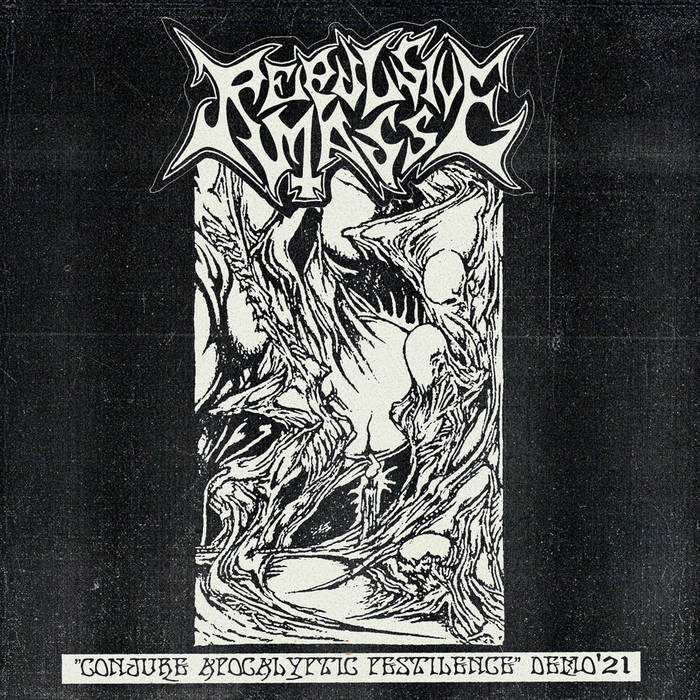 Patrik Tegnander, the man behind this one-man Death Metal act we have featured on the pages of VM-Underground before with his work in Flesh Crusher. With Flesh Crusher, in which he also operates on his own by the way, he focuses on unadulterated Swedish Death Metal. With Repulsive Mass, he orientates a bit more broadly on global Death Metal.

This first and so far only demo came out last year, but is still more than worth highlighting. Patrik himself promotes Repulsive Mass as music for fans of Incantation and Morid Angel. Indeed, these iconic bands form the basis for the three songs on this demo. The screaming Azagthothian solos, contrarian riffs and wild drums do not sound far removed from what Morbid Angel showcased on ‘Blessed Are The Sick’. The guitar tone is similar in heaviness to Incantation, but the main focus is on atmosphere. By regularly alternating blast beats with slow and doomy pieces in which the double kicks often rattle on, there is again a substantial reference to Morbid Angel. The balance between the heavy riffs and the occult atmosphere, ensure that even a comparison with, say, Necros Christos is not entirely wrong.

I was already aware that Patrik knew how to handle Swedish Death Metal (in Flesh Crusher he goes by the name of Count P. Von Nekrotik, by the way), but apparently he even has some more tricks up his sleeve. This impressive and very successful demo really demands a follow-up, so hopefully Patrik will find time for that soon.