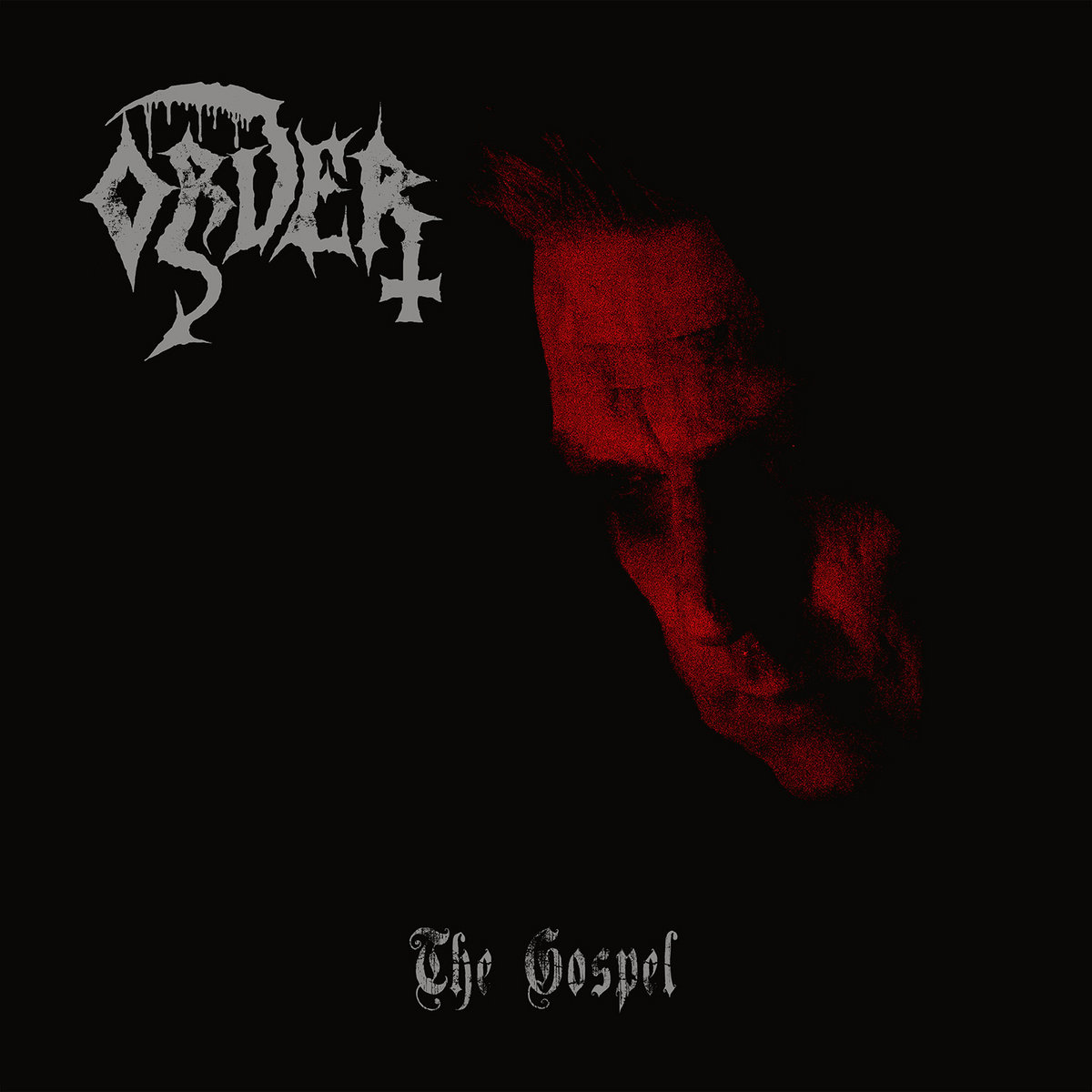 A superficial glance at the band Order shows an entity that was founded in Norway in 2013. It also reveals that their 2021 album ‘The Gospel’ is their second album, following a 2016 demo and 2017 full-length debut entitled ‘Lex Amentiae’. That part of the history by itself is not very remarkable. Things get interesting when we delve into the members that feature in Order.

Bass player Stu Manx has earned his credits mostly with Gluecifer but may not ring a bell to most Black Metal aficionados. Guitar player Anders Odden on the other hand is known for forming the legendary Norwegian Death Metal band Cadaver in 1989. In recent years, Odden has been active in keeping the memory to the incidents that shaped the Norwegian Black Metal scene in the 90s alive through his “Black Metal Bus Tours”. With the other two band members we creep even deeper into the Norwegian Black Metal underground. Vocalist Messiah would mostly be involved in the Hardcore and Punk scene but will forever be remembered for a brief spell in 1985-1986 as the vocalist in Mayhem. His contribution is immortalized on the infamous ‘Dawn of the Black Hearts’ live bootleg, where he features on four live cover songs recorded in 1985. Finally, drummer Manheim should need no further introduction. He formed Mayhem in 1984 together with Euronymous and Necrobutcher and would play on the band’s three early demos and the legendary ‘Deathcrush’ EP before departing.

And it is that particular EP that suits as a perfect reference for the music of Order. Like the band’s debut album, the material on ‘The Gospel’ sounds very distinctly like ‘Deathcrush’. It’s a primordial form of Black Metal that still bares the influences that shaped Black Metal on its sleeves. The riffs and songs are straightforward but that makes them even more effective. The production is obviously more modern, but they have done well to keep the balance between the instruments and the raw edges in the spirit of the classic EP. Messiah is a great vocalist who delivers an excellent performance on ‘The Gospel’, and even though Mayhem has had phenomenal vocalists over the years, it’s a shame his tenure with the band was so brief. Manheim’s more stripped down approach to drumming is exactly the sort of drive that the songs need, and it feels that the album passes by in a haze of catchy tracks. It’s songs like ‘Rise’, with an eerie piano outro, ‘It Burns’ with excellent drumwork and vocals or ‘Lust’ that sound incredibly authentic and make the album a highly enjoyable listen.

Order makes us relive the times where Black Metal had not yet earned its name, transports us to a world that would soon change the soundscape of music forever. ‘Lex Amentiae’ was a decent attempt, but on this subsequent album they have done so much better. ‘The Gospel’ is in a way a spiritual tribute to Mayhem’s ‘Deathcrush’ EP, and that is by no means a disqualification and by all means words of praise.