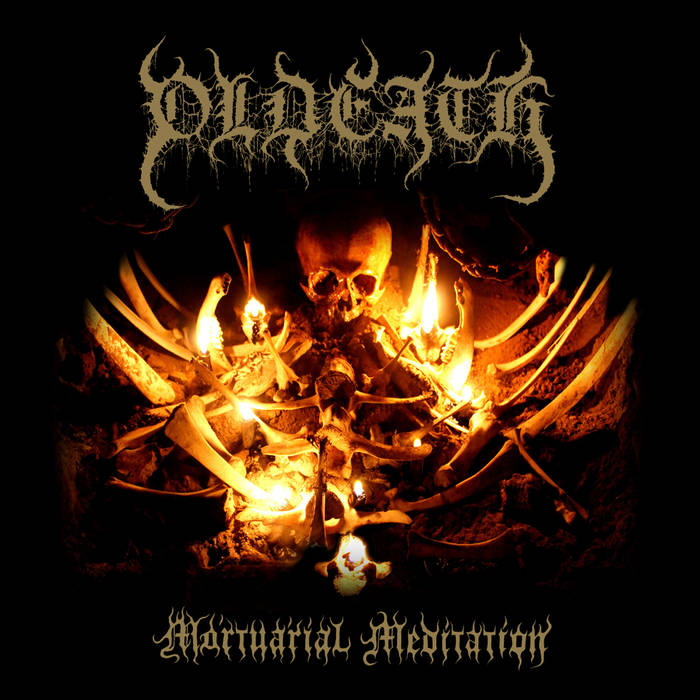 It’s almost inevitable, but every few days I write a review about a release of a Chilean Black Metal band. It is amazing how many Black Metal comes out of that country. And from all sorts of backgrounds, some bands sounding very raw, others somewhat symphonic. What is also striking is that many Chilean bands follow a Scandinavian example, often their Black Metal is typically Norwegian or Swedish.

The same goes for Oldeath, bonus points for the good band name by the way, these Chileans take their main influences from Swedish Black Metal and specifically from Watain. Oldeath may not have the grandiose allure of that commercial juggernaut, but it knows how to weave rocking Black Metal with catchy melodies in a similar way. In terms of sound, it balances a bit in between Watain’s oldest work and their 2007 ‘Sworn To The Dark’-album. It’s a bit rough and rugged, but at the same time already has some of those trademark catchy, almost poppy, leads, bridges and choruses. Again, it’s all not of the refined and high level as that of the Swedes, but listening to ‘Raices De Rebelión’, for instance, there’s no denying that we’re dealing with a pretty well thought-out homage here. Particularly tasty are the moments when Oldeath throttles down a bit and abandons the slightly Thrashy slant of the up-tempo pieces: that’s when the rocking nature of the Black Metal comes to the fore and the band sounds at its best. These stand out best when the slower pieces are contrasted by fast and fierce outbursts, as can be heard well on ‘Black Rites Of War’. One obvious difference, of course, is the recording quality between Oldeath and Watain, but we may not count that as an argument since both bands do not have the same resources. However, Oldeath’s rawer sound is a breath of fresh air and only benefits the music. It ensures purity, energy and spontaneity and provides me, as a listener, with a fine 50+ minutes (which I do find a bit long though). As an extra plus I need to mention the (partially) Spanish titles and lyrics, which really gives something authentic and special as opposed to standard English.

Of course, I have no idea whether Oldeath deliberately borrows so much from Watain and whether the band will be pleased with this comparison, it is in no way meant as a disqualification. On the contrary, I would say, as Watain itself has been on the decline for several years now, I do like hearing music that I love but that Watain is no longer capable of producing.