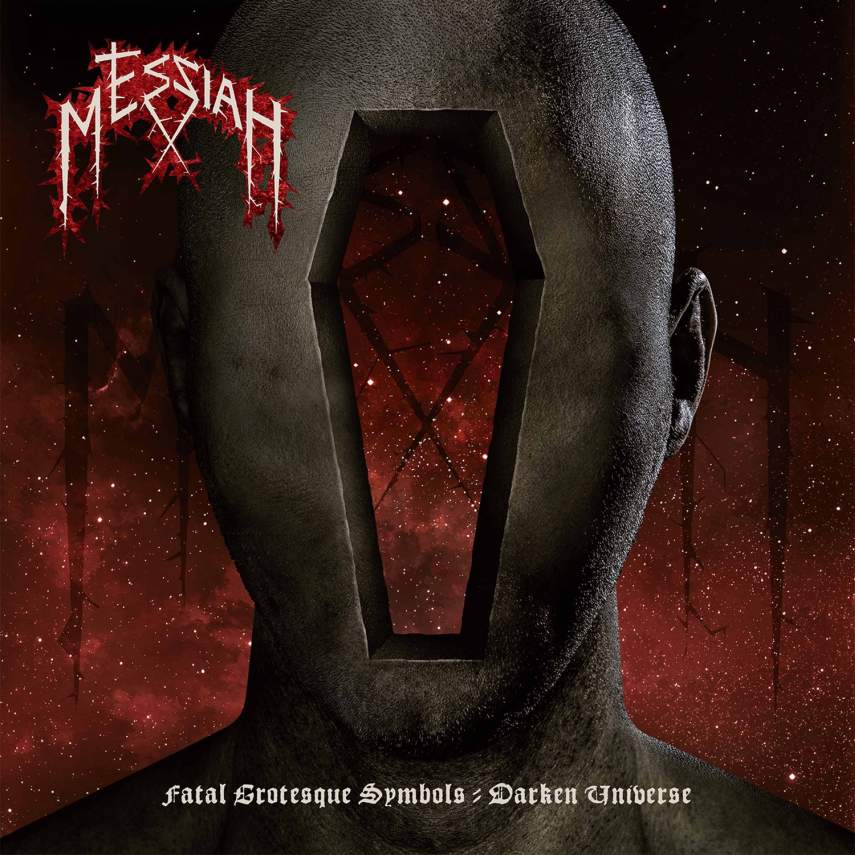 Swiss cult legends Messiah, might be a group that has remained mostly under the radar since their debut demos were released in 1985. In 1986, they were able to release their first full length album titled “Hymn to Abremalin.” The album was brutal and murky sounding to say the least. Their second full length album suitably titled “Extreme Cold Weather” was indeed a chilly follow which offered haunting melodies and a weird cover to match the barbarous and melancholy tunes. There would be three more releases the band would follow up with before founding member Brogi would endure an eight year hiatus from the band. Yes, the group would release a couple of compilations in 2993 with members from the 1990 lineup. However, this was not truly the full return the fans fully desired as the band did not seem to be fully reformed with the same lineup mentioned until the year 2017. More compilations and another live album were released, yet nothing really new from the band was released until the year 2020 with the surprising release of the EP titled “Fatal Grotesque – Darken Universe.”

The EP features one new song and two re-recorded classics from the group featuring mostly the lineup from 1990. While this outing only features three songs total, this might be the release longtime appreciators of the band actually desired. The new song (the title track of the EP) is in fact new and sounds rather promising for what is to come from this Swiss group of Black/Death/Thrash pioneers. The sound quality is not as filthy as that from their first two releases, but the sound remains true to the band’s legacy and fits their theme of cold hearted blasphemy. The riffs presented are absolutely solid and have me curious for the next album which will be reviewed directly next.

The other two songs listed (“Space Invaders” and “Extreme Cold Weather”) are indeed old classics which have resurfaced multiple times during the band’s history. It seems they chose these two songs to showcase how they were going to push their new sound. The sound is polished indeed compared to the original versions, yet still sound heavy and mean as the band has always been. This is a teaser album that was directly followed up with a new album. This release is not necessary to purchase unless you really need to hear what the band was thinking when they reformed. Is this necessary to purchase? Not unless you really feel the need to hear their excellent new song, which is not featured on any of their other releases and those who covet that fancy double sided poster. Is this EP worth hearing? Absolutely! Honestly, if older bands such as Protector and Nocturnus can resurface with legitimately good material, then there is no reason why this band could not as well. I was skeptical to their return at first, but once hearing this release, my skepticism was replaced with burning curiosity towards the future of this promising group of aging pioneers. (Old Man Stares)