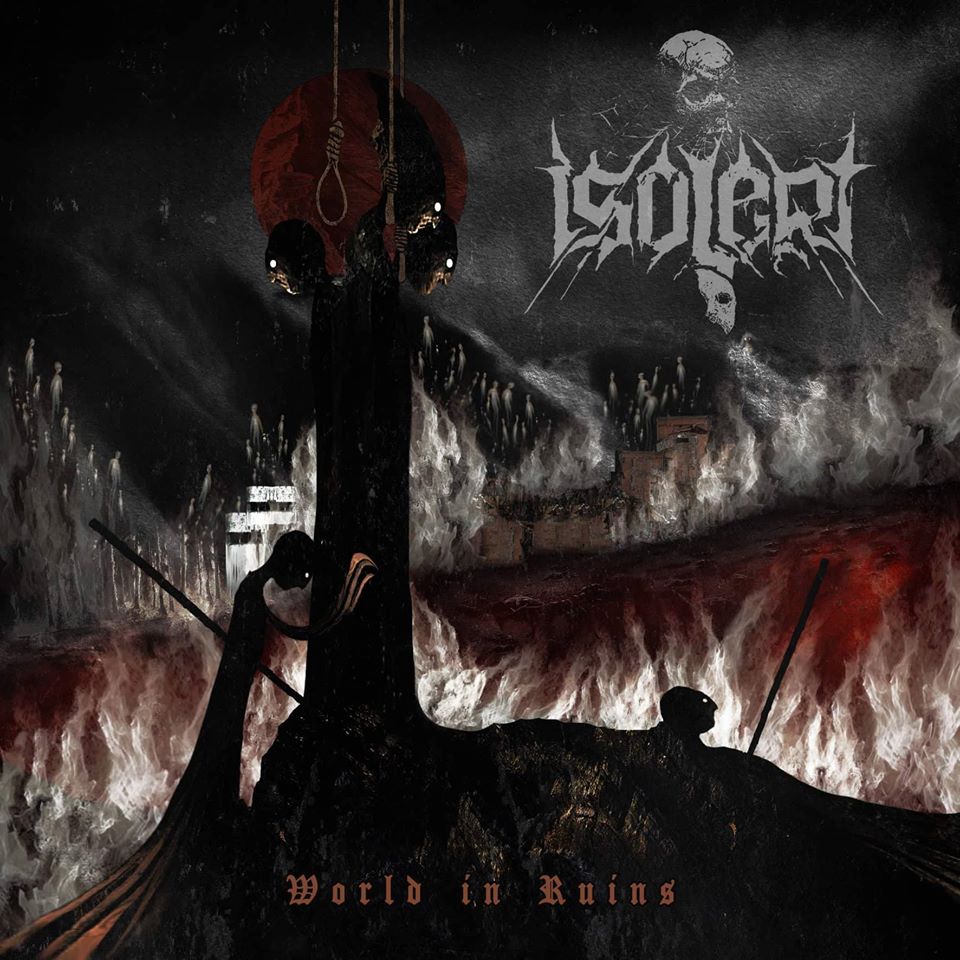 What comes banging in here in a pleasantly old-school way is Black Metal from Greece. Isolert release their second full-length album, on which high walls of riffs are piled up and hysterical screams are thrown in. The vocals consist of lighter jangles and darker roars, because here sometimes the drummer and sometimes the guitarist delivers his contribution, often confused.

Chaos is also the keyword on the second track “Burn Them”, even if it is still controlled. On “As We Die” we get a straighter riff section, the chaos doesn’t have to dominate Isolert permanently. But it’s obviously important that the high sound density doesn’t suffer any losses, no matter what tempo is being played. “Extinction” does it to us in mid-tempo at first, then speeds up later. The middle part of “Staring At A Path Towards Nowhere”, in which really strong acoustic and lead guitars become a fistraiser, takes the momentum out. Doesn’t work?

Yes it can, and it’s really very cool to boot! For the finale, “Light … Has Abandoned Us” is screwed down to a dragging tempo, but there is no real talk of relaxation here, too much is still being done for the benefit of the sound count.

A total length of the first six tracks of thirty minutes is not that great for an album, but there are still ten-minute tracks mentioned. Just because of the colouring on the cover artwork, one likes to look at it more often and longer. That’s why you like to choose the vinyl version, so that you can hold a little painting in your hand while listening to it. (HaCeBo)