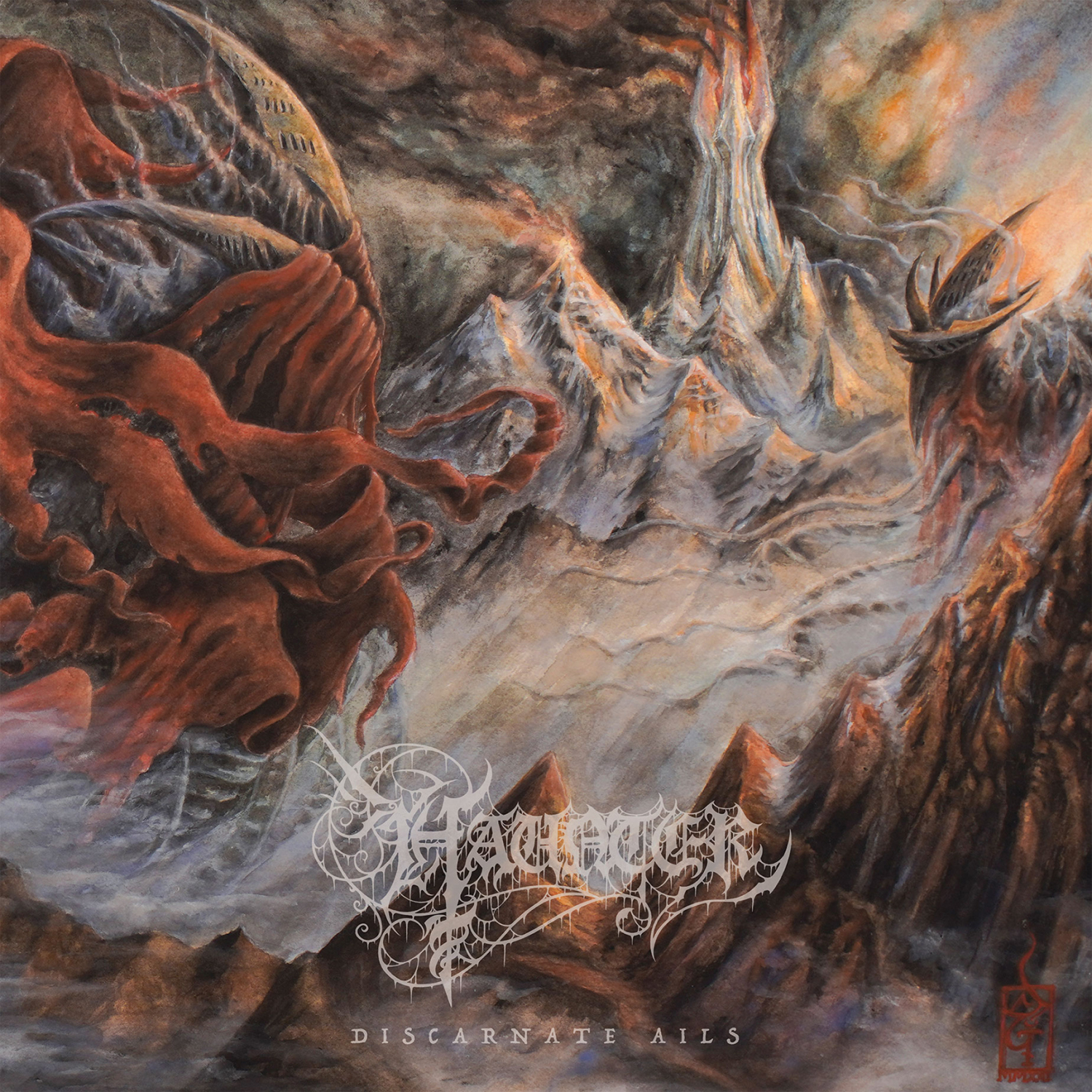 Though Haunter has been around for about a decade now, they have remained under my radar up to this last album, ‘Discarnate Ails’. It is their debut for the renowned Profound Lore Records label, after having released their music through Vendetta Records and I, Voidhanger Records. Not the least labels, so a quick dive in their discography was needed…

The band had some sort of a Hardcore background, but eventually shifted more and more to this rather complex sort of Melodic Black Metal that they present on this third record. The complexity is to be found in the intricate riffing and constant shifting of pace and drum patterns. They never keep riding those riffs for longer than only a few moments, which keeps the listener to the edge of their seats. The band’s Hardcore roots only seep through in the way of song writing, those at time atonal riffs do bear resemblances to the more sophisticated sort of Hardcore bands such as Burst for instance. Yet, with a haunting vocal delivery and a sharp and piercing guitar tone, the overall feel and result is definitely Black Metal.

It does remind me of a more Black Metal oriented equivalent of that last Altars album, released by Everlasting Spew Records. What Altars presented had a solid Death Metal base, but it has the same sort of technicality, those mind-bending riffs and intricate drums, have a bit of the same ambience. Even the way they craft their songs is somewhat comparable, different genres, but with a similar outcome.

Anyone who is not averse of getting themselves a record that needs a few spins to fully be able to wrap head around it, is very welcome to give ‘Discarnate Ails’ a chance. Profound Lore Records usually is a label that delivers you quality metal, in whatever style, and this new Haunter album is certainly no exception to that rule.