Wayfarer – A Romance with Violence 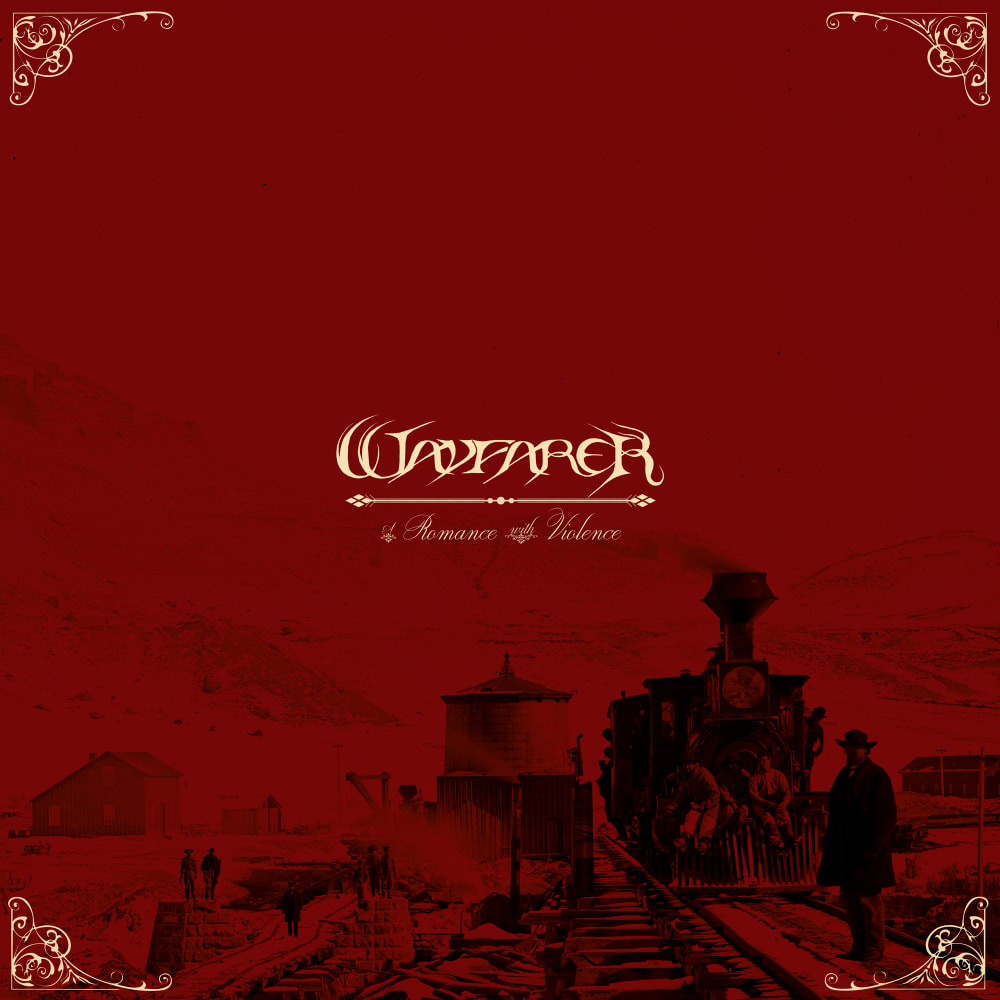 Wayfarer is defined as “a person who travels on foot.” Wayfarer, the quartet formed in Denver, CO and from 2011, conveys us into conceptual excursions of The Old West era.

Comparing previous Wayfarer releases: “Children of Iron Age” (2014) had “grimy” acoustic guitar riffs, playing around & molding dynamics, gradually discovering their creative structure. “Old Souls” (2016) was a step up and carries abrupt tempo shifts, not realizing when a song ends is actually the middle of the next track. By “World’s Blood” (2018) there’s cleaner production with guitar, folk aspect is more apparent, taking a Wild West approach, creating their signature dark Americana with Black Metal and Doom sound blended in, capturing a contemporary musical vision to savor.

For fans of Agalloch’s “The Mantle”, Ulver’s “Bergtatt” or spaghetti western composers (without the boing-y bits) such as Luis Bacalov, Bruno Nicolai, or Ennio Morricone. Styles you won’t hear on a typical metal album, infusing melancholic Black Metal with scales of Doom, perhaps coin “Dark Metal”, meshed into a dark Americana aesthetic with folk and country riffs, arranged meticulously and steadily shifting tempo rhythmically and vocally to coincide with the song’s particular structure, like on “Masquerade and The Metal Gunslinger”.

Starting with intro track “The Curtain Pulls Back”(1:12) features a saloon piano slowly playing as well as violin, leaving a desolate feeling that’s continuous throughout the album’s run. “The Crimson Rider” is their longest track (10:40), which really breaks down to about 6:30 of actual track over 3 additional minutes of instrumentals, melodic than anticipated and lyrically details such vivid imagery of an outlaw, to some a hero, riding into his own fate: “See our hero, realize too late: “He was blind to the gallows, yet tied his own rope. As the platform falls from his feet, His last breath proclaims: I am iron, I am death. I am the setting sun. I am the West.”

On “The Iron Horse” skips the gimmicks and dives straight into black metal styled riffs, giving vibrancy and allure to this album. By “Fire and Gold” changes the mood when vocals shift from harsh, low inaudible cadence, to a clean, soothing pitch that lulls you into a dream like state, while surveying the expansive deserted landscape that girds your conscience. Best song IMO is “Masquerade and The Metal Gunslinger”; it’s lengthy, but has less buildup, feeding into more of an elaborate atmosphere, riff laden with southern country styled guitar riffs and drumming technique that coordinates with it, full, lush that resonates strongly. Second “Intermission” is placed before closing “Vaudeville” which features guest vocalist Kelly Schilling, gives a folk-ish intro, drumming comes off as leading the way for shifting tempos, varying from lento to allegre, also changing pace for vocals as well, basically the pieces given each previous track is all encompassed into a grand finale of this album to come to a beautiful close.

The soundscape of this album is impressive and unveils a hidden chapter thats overlooked in our time line, for the melancholic outlaws escaping reality and settling into isolation of traveling out West or those who want to feel their on a vast deserted frontier to get away from their own reality temporarily, consider giving “A Romance with Violence” a chance. (Tori Belle)