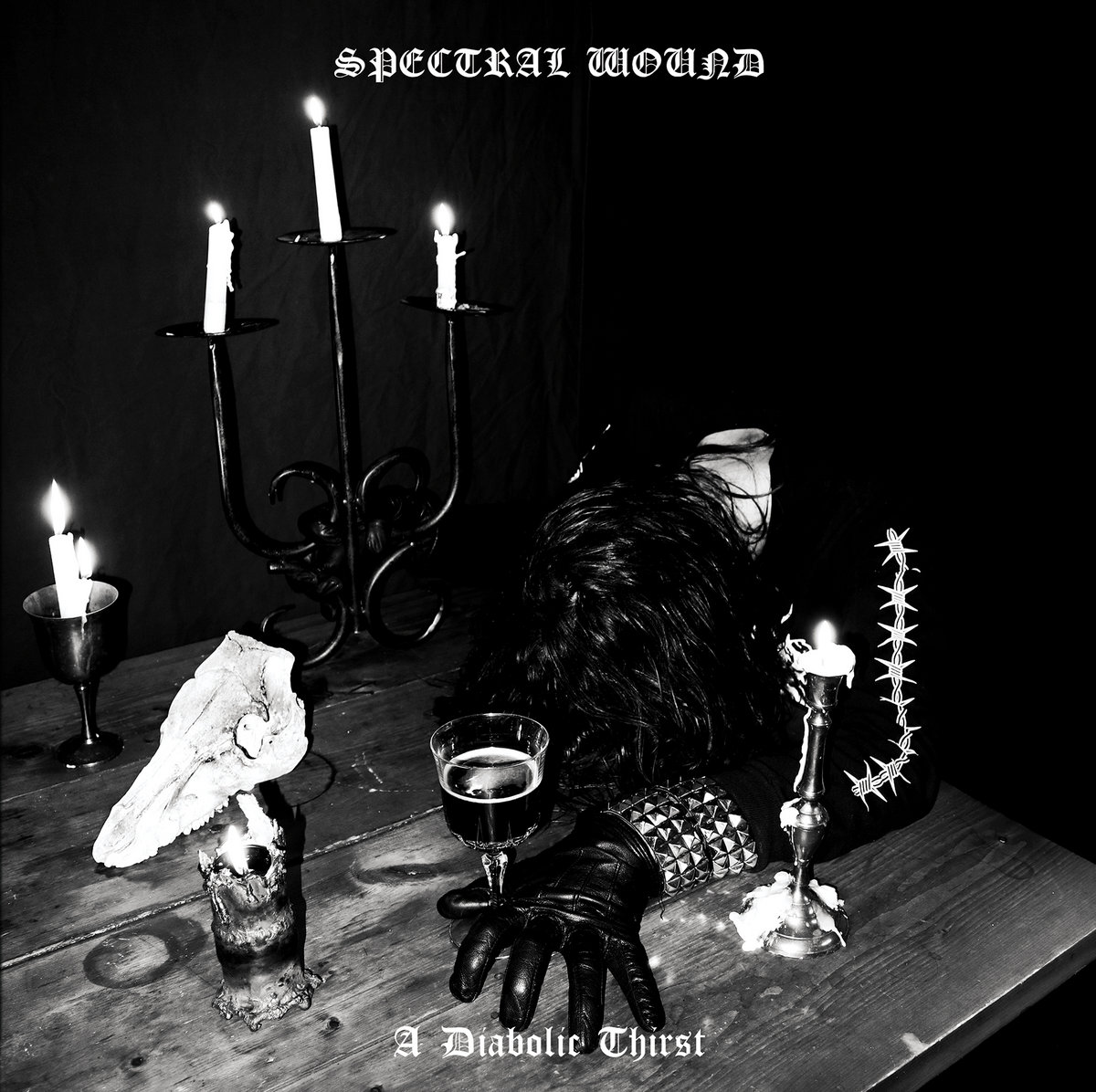 The star of Montréal’s Spectral Wound quickly rose after the release of their well-received sophomore album `Infernal Decadence’ and intense live shows. This led to the signing of the band to the somewhat larger Canadian Metal label Profound Lore Records, who released their 2021 album `A Diabolic Thirst’.

The style of Spectral Wound fits perfectly with what you would expect of a Métal Noir Québécois band and has quite some similarities with Forteresse. Furthermore, you can hear clear overlap with bands like Dark Funeral (around the time of `The Secrets of the Black Arts’) and Sargeist in their tracks. `A Diabolic Thirst’ is by no means a large departure from the sound of the predecessor, instead perfecting the formula and songwriting. The production is slightly sharper and icier than on `Infernal Decadence’, which in my opinion fits better with the music. The album is full of high pace Black Metal with catchy riffs, but when the tempo sporadically drops maintains a bone-chilling atmosphere and creates tension before inevitably the fury is once again unleashed. A great example of that is `Frigid and Spellbound’, which even features an acoustic intermezzo and some twin guitars that remind me of the Gothenburg Metal scene and Dissection. These guys obviously can play: the high-pitched frozen shrieks with a tad of distortion (think of the effect Wrest of Leviathan uses but more restrained) are intense, the drumming is creative and ferocious, and the bass clearly adds a layer in tracks like `Soul Destroying Black Debauchery’. Further recommended tracks are `Imperial Saison Noire’ that blasts straight out of the gates to set the tone of what can be expected and `Mausoleal Drift’ that slowly builds towards an apotheosis, but you will find no filler amongst the six tracks. Clearly, on `A Diabolic Thrist’ Spectral Wound have stepped up the songwriting and everything else to create an album full of memorable and uncompromising Canadian Black Metal. (VincentP)