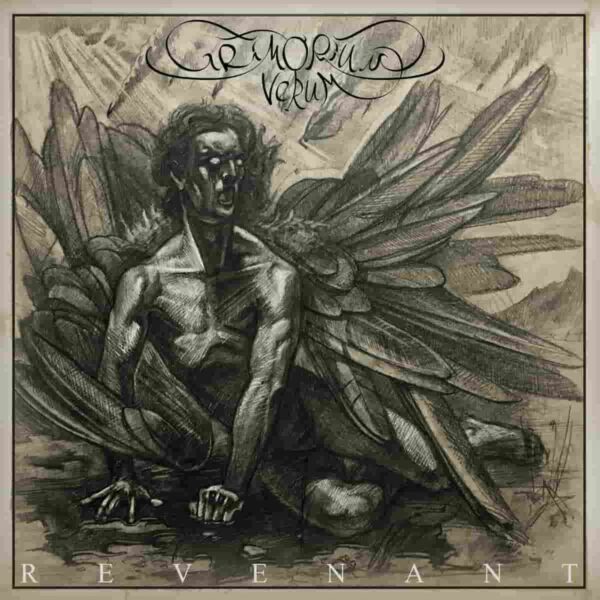 “Revenant” by the band Grimorium Verum has its good moments and its not-so-good moments. While they’ve managed to perfect a black metal sound that isn’t bad to listen to their music doesn’t exactly stand out much from that of other bands. Why? Because the sound and lyrical content adhere a bit too much to the standard arrangement of most Black Metal songs.

Unfortunately most of the album’s tracks suffer from that problem. It’s hard to be enthused about the material when it essentially has the same drum track, same guitar riffs, same vocals, same sort of lyrics, etc. There are three songs that were exceptions to the rule which made them the best ones on the album in my opinion. “The Born Son Of The Devil”has a symphonic metal sound to begin with, giving it a Gothic tone which suits it quite well. As the song continues it takes on a more black metal sound that provides it with enough edge to be convincing. “The Kingdom Of Pain” is a more standard black metal from its beginning with a thrash undertone, making it a great track to just enjoy without attempting to put too much thought into it. Finally, “Revenant” is in a class all by itself. It’s an instrumental track that is symphonic in nature. There’s an underlying tension within the track that builds nicely as it becomes darker in nature and even more beautiful. In all honestly I’d like to see Grimorium Verum focus more on songs like “Revenant” since they are obviously good at it.

I am a disappointed the album didn’t turn out to be as good as I’d hoped. However, I think anyone who just wants to add to their standard black metal collection would probably be happy with it. (LouiseB)