Aetranok – Kingdoms of the Black Sepulcher 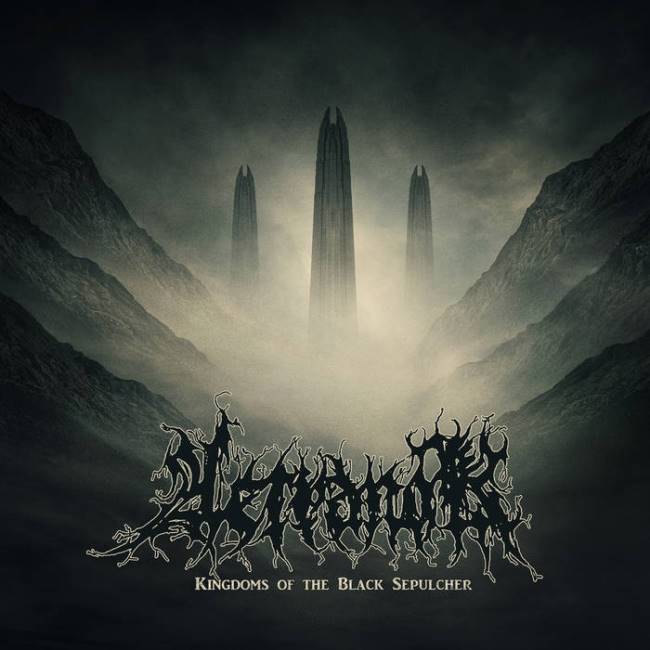 Sometimes the world puts you through hell. For me, when that happens, I need to listen to some intense savagery. It may not seem to make sense, but listening to vicious music is actually calming and cathartic at times. It seems to draw out society’s poison, if you will, so that I can move on happier and healthier. “Kingdoms of the Black Sepulcher” certainly fits the bill for this purpose. Only the second release in six years by this quintet based in the American southwest, the album features a no-nonsense Black Metal attack filled with acidic vitriol. Dissonant keyboards (Tenebros), haunt your subconscious from low in the mix. Meretrix and Apophis combine on a snarling guitar attack, with the bass lines of Þoros giving power to the unrelenting bite. Once the creature has you, it won’t let go until it flings you bodily from its jaws onto the rocks below, called forth by the pounding, percussive efforts of Xamoth. In all its essentials, “Kingdoms of the Black Sepulcher” is straightforward USBM, but Aetranok manages to conjure forth an entity ‘moste foule and perverse’ through their attack. Not flashy or showy, just ripping black metal. Go on….give it a go. (HX)