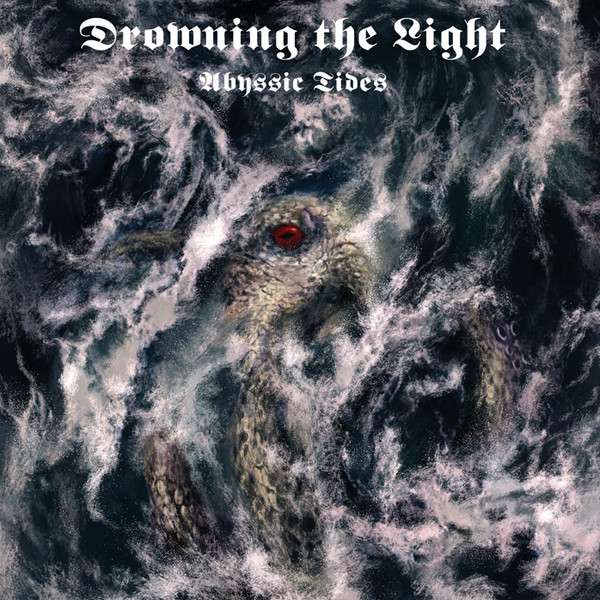 When it comes to highly prolific Black Metal bands, I think anyone who is deep enough into the scene will mention Australian Black Metal trailblazer Drowning The Light as one of those bands that relentlessly keeps on knocking the money out of your pockets. Despite adjusting the band’s almost reckless work pace down a bit, it is still well above average. However, the last two years have been relatively quiet, with the occasional re-release of older work via their new home, Iron Bonehead Productions, and the never-ending stream of compilation albums. This particular release, which saw the light earlier this year through Azgorh’s own Dark Adversary Records, contains no new material either.

Although it’s just a bit of how you look at it, as these songs, in these specific versions, were never available before. This CD contains demo recordings of songs from 2015’s ‘From The Abyss’-album, which was also released on CD via Dark Adversary Records and a little later on vinyl by Obscure Abhorrence Records. These demo tracks give a somewhat simpler representation of Azgorh’s musical visions, but the differences are in fact only marginal. The biggest difference is in the slightly fuller sound on the final result on the album. But it is interesting for the devoted fan to listen to the songs in their more embryonic form. Anyway, ‘From The Abyss’ ranks among the best Drowning The Light work so far, it is raw and at times viciously sharp, but above all very atmospheric and melancholic. A sound that Drowning The Light has increasingly been developing over the last, say, ten years. On a song like ‘Cursed Voyage’ you can also hear how skilfully melody and (whispering) choirs are woven into the music and drags you to an overwhelming soundscape that keeps haunting you. That incantatory melody is even nearing classic Varathron. As a closing note, it may also be said that although the fantastic Lovecraftian artwork on the original album was not surpassed, this release also features beautiful and apt art.

In short, this CD is fodder for the true Drowning The Light fan, because these demo recordings hardly differ from the versions that eventually appeared on the ‘From The Abyss’-album. Like almost all Dark Adversary releases, this one is also released in an edition of 300 copies and is available through the better Black Metal dealer.