Drowning The Light – Haunter Of The Deep 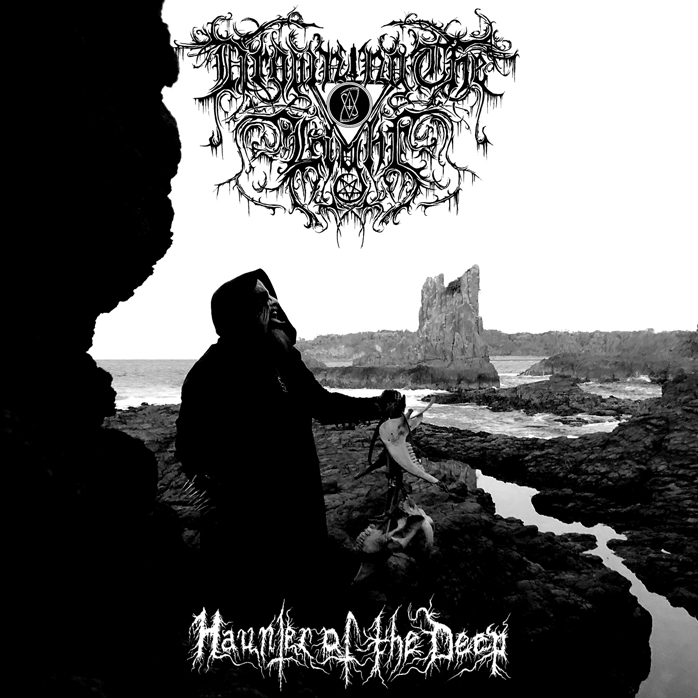 As a fan of Australian Black Metal act Drowning The Light, it is not hard to get spoilt, in fact, you only have to blink a few times or Azgorh already has something new for you. The downside is that it can sometimes be a bit much to keep track of and you actually have to do a newspaper round to be able to buy it all. But despite the benevolent output of Drowning The Light (not even counting all Azgorh’s other musical projects), the best man cannot be caught releasing inferior material either. OK, not everything may be equally essential, but you can count on quality. Reportedly, 2023 will be a busy year for those inveterate Drowning The Light fans, besides this new album, ‘Haunter Of The Deep’, Azgorh will also be coming out with some new EP’s and demos. This album is the very first feat of the new year.

On the cover, we see the musician standing among rocks on a turbulent coast and earlier we could already enjoy the beautiful video for the song ‘As Death Creeps Closer With The Tide’ of waves ravaging the rocky coast, gracefully shot in black-and-white tones. Besides Azgorh’s penchant for vampires and werewolves, the immense powers of the sea and its tide is a returning theme to Drowning The Light’s music. On many occasions at the extensive Drowning The Light discography, like on albums like ‘Drowned’, ‘Oceans Of Eternity’ and ‘Cursed Below The Waves’, we were lured into the deepest parts of the oceans. And seemingly, Azgorh is taking us again for a watery adventure in the powerful mystique of the sea.

Musically ‘Haunter Of The Deep’ is a more or less dreamy sort of record, it is predominantly slow, as if the power of the ocean is to be found in a steady, mid-tempo pace. The melodies are easier to pick up, compared to some of Azgorh’s more gritty sounding albums, in fact, in a strange way ‘Haunter Of The Deep’ almost sounds soothing. Especially on the calm intermezzos or piano sections, like on the mesmerizing instrumental ‘My Soul Rusts With The Waves’, the music seems to get hold of you as a listener. The Black Metal are tracks free of the fierceness or aggression that can be found on some other albums in the band’s back catalogue. While this is not a unique approach for Drowning The Light’s kind of Black Metal, it seems over time that it gets increasingly more effective. Whether it is Azgorh’s playing and song writing that is progressing or just me being more receptive for it, I can’t tell, probably a bit of both, but fact is that it really does sound like the waves are rocking you into a slumber like stage. Sleep maybe. It is said that drowning eventually feels like falling into a deep sort of sleep. If that is the case, then Drowning The Light has taken care of the ultimate soundtrack to just that.

All the poetry and drama aside, ‘Haunter Of The Deep’ really flows so naturally from one track into the other, that it is fair to say that of all the more slow- to mid-tempo albums Azgorh has created with this main musical vessel of his, this new album really is the best. It might not be as good as ‘The Abyss’ or ‘Cursed Below The Waves’. But then again, those albums sound distinctly different and seem to have different musical aims too. ‘Haunter Of The Deep’ has less sharp riffs and has its keyboards a bit more upfront, that together benefit the album’s, slower and dreamy ambience.

Summary. While I loved this deep dive with Drowning The Light again and I surely believe this is amongst his best mellower sounding works, I don’t think this the best record to start digging into the world of Drowning The Light. I can imagine it to sound rather unsatisfying for the starter, who was prepared for hearing some Raw Black Metal, but if you happen to be a true veteran, you will savour this, as well as anything Azgorh pops up from his world deep down in the caverns of the deep sea.