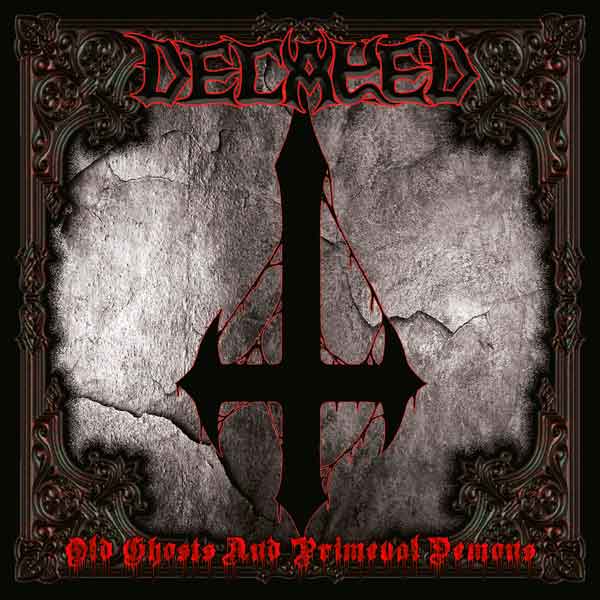 The veterans of the Portuguese Black Metal scene, Decayed, are back from never having been away. This is their 14th album from an otherwise bulging discography and with that it would actually be a wonder if you don’t own at least a demo, split EP or album somewhere in your collection.

Since their inception in 1990, they have remained true to the entire late 80’s ethos of the Black Metal genre and with that, their musical concept basically never really changed: a classic, but not very interesting mix of Bathory, Venom and Motörhead. Decayed is most interesting when they pick up the pace a bit, like on ‘Grim Prophecies’, but even then it’s not quite mind blowing. Conceptually and musically, Decayed would fit the German ‘Hellbangers Mosel Franken’-scene best, but of course they do not reach the quality of a band like, say, Desaster. Basically, it is a bit like McDonalds, it doesn’t taste bad per se, but never really satisfies.

And no, it is not all that bad, but the problem is, there’s just so many bands in this genre that do it all much better. Yet, Decayed is still around and has been in the same underground position for over thirty years, but I suppose that’s just fine with them that grants them well-deserved bonus points for scene-aesthetics.