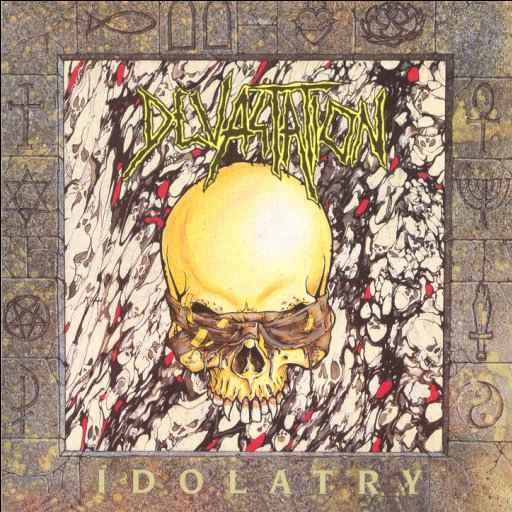 The swansong of these fine Thrashers, “Idolatry”, got remastered by Robbe Kok (mostly known for his musical activities with Dutch brutal Death Metal act Disavowed, but also for his studio work for Severe Torture, Houwitser, Defeated Sanity and more) and received a re-release by Repulsive Echo and Lusitanian Music. If you don’t know this album, this is one of those intense Thrash documents from the past that grab you by the throat the moment the needle hits the record. Maybe Devastation were unlucky that Combat Records released this album just 20 days after Sepultura released their legendary “Arise” album. To be honest, this album is in the same vein…riff-driven intense Thrash Metal like Demolition Hammer, Sepultura’s “Arise” and even some hints of old thrashy Pestilence (just take a listen to “Souls of Sacrifice”. Not long after releasing “Idolatry” the band fell apart. Leaving the perfect last sign of life…An absolute underrated gem that deserves to be in your collection. (Ricardo)