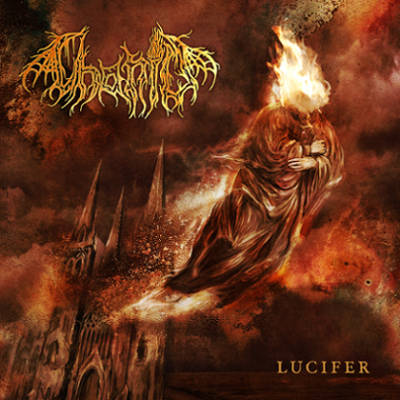 With one demo called “Misterium”, which was released in 2014, in the “achievements”-folder and a couple of line-up changes, Chanid received an offer by the unholy alliance of Beverina Productions and Casus Belli Musica to release their debut album through them. It seems a good offer, as the debut album “Lucifer” is a fact.

These Polish worshippers under the sign of Lucifer have the Second Wave Nordic Black Metal as starting point for their compositions but do add a whiff of Death Metal in it as well. So you get that typical Warmachine drumming and fast Black Metal riffs (along with some slower almost melancholic parts), a mix like Gorogorth’s “Incipit Satan” and Dark Funeral with late Mystic Circle. But still, Black Metal is the main course here. After a couple of spins I’ve heard some nice ideas, but as a whole I think it lacks variation when it comes to the riffs, yet I think closing track “Stagnant Hours” is a good starting point for their second album. (Ricardo)