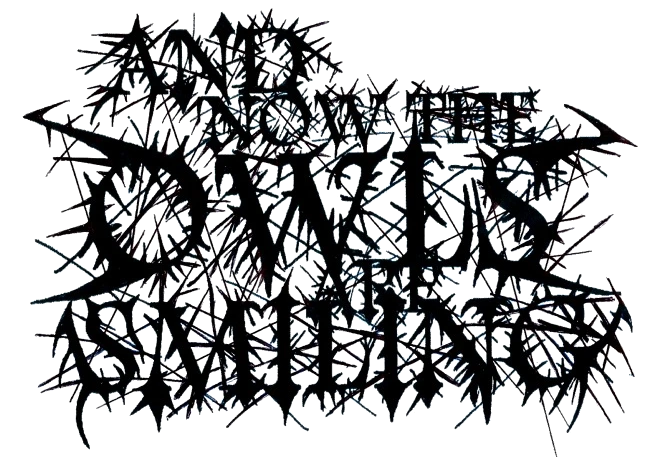 Black Metal by its very nature can be grim, bleak and misanthropic. The UK’s one man project And Now The Owls Are Smiling has truly cornered the market in bleak, atmospheric, miserable Black Metal. I spoke with the man behind the owls, Nre. (Luke Hayhurst)

Thank you kindly for agreeing to answer my questions. How are things in North Norfolk at present?
Hi there. Not a problem at all. Yeah things are OK thank you. I’m currently a bit further west in the County than before, but going good.

It doesn’t have the same ring to it though! To begin with, please can you inform me on the genesis of And Now The Owls Are Smiling? Especially how you decided upon such a unique name?
The name came from when I used to walk around the villages where I lived and I would always see Owls around dusk. I always imagined them smiling and thought that if they did smile it was because they were not afraid of mankind as a species anymore. Nothing more to it than that really. Plus, I didn’t want to choose a ‘traditional’ Black Metal name. It wouldn’t work in the slightest.

I agree that naming your band something traditional wouldn’t really work, with you having a much more atmospheric/depressive sound. Was this style the plan from the start, and how do you feel your sound has progressed since 2016 when you first started ANTOAS?
No, not really. The early songs I wrote were a lot more along the lines of nature and solitude, but as time, and life went on, it definitely became more miserable. A mirror to myself if we’re being honest. I’ve always been fairly dour but things have really progressed in that part of life over the last 4/5 years and it’s gone in line with the music I’ve made.

Has the music you’ve created in that time acted as a form of therapy for you, or has it served to act as a catalyst for a deeper dourness within you?
Definitely a bit of both. I think writing has been the catalyst for sinking further, but actually recording it has been a huge release. I always think that nothing can clear the mind better than loud music in headphones and screaming at the top of your lungs. It’s like when you see people who get angry and punch a wall, a similar thing but with misery and screaming. It just works somehow.

I suppose it raises the question, can you create the music you do if you are a happy, content person? What would you prefer, a happy stable mind and wellbeing but no creativity, no musical aspirations. or, the miserable outlook and dourness but you create superbly bleak music. Or can you have both in your view?
That’s a question I can’t answer as I only have my experience. I guess you could still create music like this if you’re doing ok, I honestly wouldn’t know. Personally I can write music when I’m doing good, but it’s a different kind of music. I certainly couldn’t write an album for Owls then. It needs the surrounding bad feeling to grease the wheels of creativity. But that’s just my opinion / experience. If it was a choice between the two though, I’d take dourness and creativity every single day. 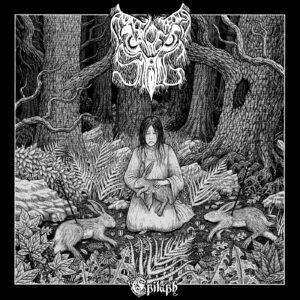 Well that leads neatly onto your upcoming new album, and final album… ‘Epitaph’. Is the reason for this being the final Owls album due to a lifting in your spirit, a more content lifestyle? Also, in terms of Owls, is the end truly the end?
No, not really. The end came about because I essentially lost interest in everything that I was doing in life. I found it hard to write, cook (which I love to do), read etc. I had a total lack of interest in everything. So I decided that what I had already written would be worked on and finished and then I would do no more. I need a break from stuff. I have a couple of other projects I do music wise too, but I’ve not done anything with them for a while now. I think a break, a reset and we’ll see where we are. I’m reluctant to say definitely never again, but I can say that with good confidence it will not be for a good while. I certainly have no plans or ideas going forward.

I know through personal experience that a reset is sometimes necessary in order to move forward. How do you think you will spend your time away from creating music? Are you wanting to move away from everything and everybody for a while or will you take more time to discover your love of being a music fan once again? As well as rekindle your love of cooking!
I think that is exactly what I want to do, is just be a fan again. I have a really critical brain and I listen to new stuff and always judge against what I have done or am doing. I never completely enjoy stuff. But that will be so nice to just listen again and not think. It will take a while. I’m in an in-between place really where I’m living somewhere temporary as I had to move away from where I had been for the last 8/9 years. Try to get myself back to the countryside or sea and it may well rekindle my enthusiasm for music again. Even when writing depressive music, nature and just rural living was a huge inspiration. Being back in a town and all the people and noise around me all the time is unsettling and is not good at all for creativity. So things may settle for me once I get back to living somewhere I’m comfortable.

I completely understand that. I spent my first 30 years in a city, and the last 10 years in a village. There is no comparison. How close are you to moving back to your ideal living conditions?
With how the Country is at the minute and the cost of just staying alive, probably about 30 years away haha.

Ha! Right, I’ve a couple more questions for you and I’m going to try and end things on a more positive note. Tell me what excites you about extreme metal as a fan. What do you look for purely as a fan in your music?
Hmmmmm, I don’t know, really. It totally depends what mood I’m in. I love anything that has a genuine feeling. It doesn’t particularly matter what that feeling is, but as long as to me it feels authentic. I like to think I can smell a bullshitter a mile away. Some days I’ll be in the mood for something horrible and aggressive or other days, something more chilled like say Lustre or Morwynion. The thing I get most excited about as a fan though is just waiting for new records to turn up in the post. Over the last couple of years I’ve stopped going out so much. My body and mind can’t take it anymore. So instead, I’ll get a new record every so often, then wait for it to turn up. That’s the buzz I get.

I get that feeling too, usually when I’ve ordered something from a label you know only too well; Clobber Records. They have some amazing bands on their roster and their releases give me that old school buzz from, as you say, the anticipation of waiting for that next musical treat! How did your relationship with Clobber come about?
Yeah they are a great label and really great people to work with. It all came about a few years ago when I played at Darkness Over Cumbria. It was an acoustic set, just strumming a bouzouki and singing a few of my songs. They came to me after the set and asked if I would be interested in working with them and that was it really. They both became friends and it’s been a real pleasure doing all this alongside them. 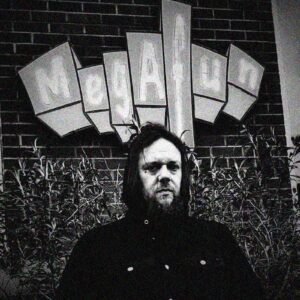 To end with, I have a hypothetical for you. A secretary from North Norfolk Radio contacts you. Alan Partridge wishes to interview you. However, he will only talk to you whilst wandering around the Eagle Heights Owl Sanctuary. Do you take the interview, and what do you think the two of you would talk about?
Do you know what, I’d absolutely love that. Interviews are not my favourite thing in the world, but I think I could end up having a good chat with AP. Probably talk about Norfolk and how it’s a great County but the infrastructure could do with a huge overhaul/modernising. Public services such as buses / trains etc need a huge injection of cash to make living here easier. Obviously talk about football. I assume he’d be a huge Norwich City fan like myself. Then maybe go for a couple of ales and a game of darts. See if he fancied coming back to listen to some records. I bet secretly he’s a huge Paysage d’Hiver fan.

I can see why you’d think that! Well you are a good sport and it’s been a pleasure to chat with you. I shall leave the final words to your good self.
Thank you. Nice chatting to you too. Not really much to say, I’m a man of few words (mostly). I guess just to say thank you to everybody for their support over the years. The kind comments and the terrible ones which make me try better. Becky and JJ at Clobber for believing in what I do. And always remember, stay miserable, stay safe. Nre.