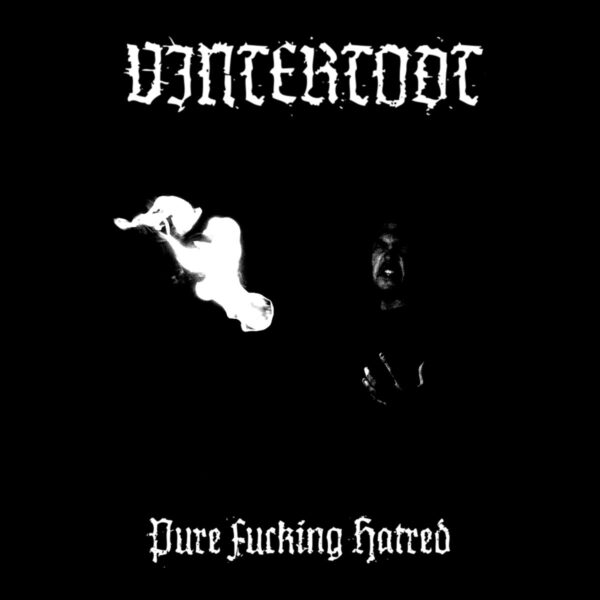 Well, the title says it all…Black Metal the Pure Fucking Hatred way. This is the first demo of 2 individuals from the USA, who are also involved in the Black/Doom act Diplegia, but the musical combination here is accompanied with speed and hate.

The first track, simply called “I”, opens with some haunting keys but the moment guest-session drummer Lord Marcos (Vile, Vital Remains, Brain Drill among others) opens the buffet, it is over the top speed, high shrieks and pure riff galore in a way Sammath, Unlord or Zyklon-B would please the listener. The second track…and you will never have guessed it, but it is called “II”, has a 2 minute long riff driven intro with some drums and bass and transforms into a more mid-tempo atmospheric song with keys which enhance the darkness.

A 2-track demo with 2 different faces. I don’t dare to say which path they have to take as both are well played and suits the skills of both creators, but in order to make a smashing debut album you can’t keep on mixing both styles on and off. But that’s the way I see it…but what stands is the fact that this is a good demo. (Ricardo)