Throneum / Pazuzu [CRI] – In the Crypt of the Hakeldamach Feld [Split] 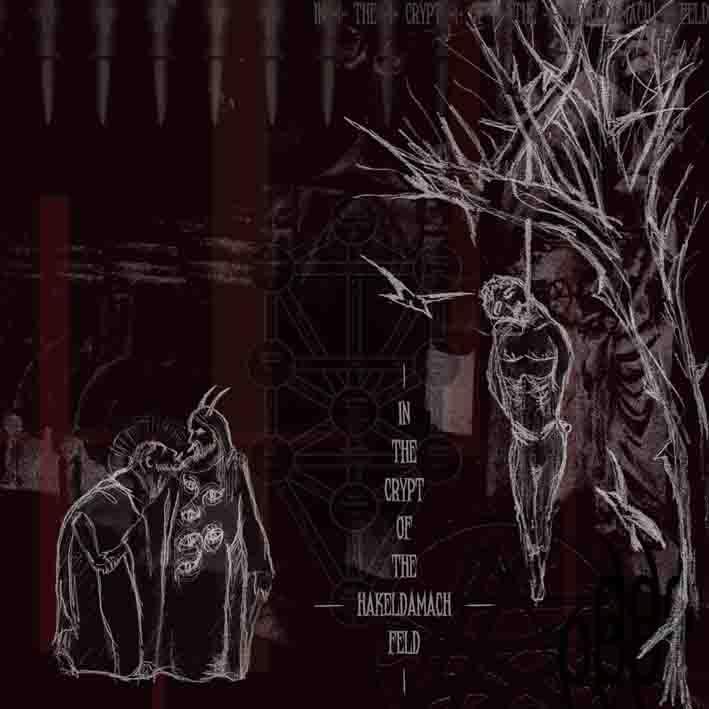 I was just listening to the new Throneum album when I discovered that prior to its release there will be a split with Pazuzu from Costa Rica, to me an unknown band that soon shall be changed. After listening to some excerpts from it, I immediately ordered the CD to give it a proper listen and I wasn`t disappointed at all. First, the Throneum tracks are in the vein of their newest material from their “The Tight Deathrope Act over Rubicon” album. Expect nightmarish Death Metal. Sometimes faster, sometimes crawling chaos from another space, creating horror visions which are perfectly captured with the balanced yet raw production they are known for. Pazuzu for their turn are playing an even more doomier version of Death Metal with some hints from bands like Purtenance, Depravity, Autopsy and Incantation. This is their 2nd release in their now 13 years long career and it is a killer one. This is putrid metal of death, a great mixture of Swedish, Finnish and some other filthy extreme metal influences (I even heard some Rottrevore..). Recommended, and hopefully not the last thing we will hear from Pazuzu. (DPF)