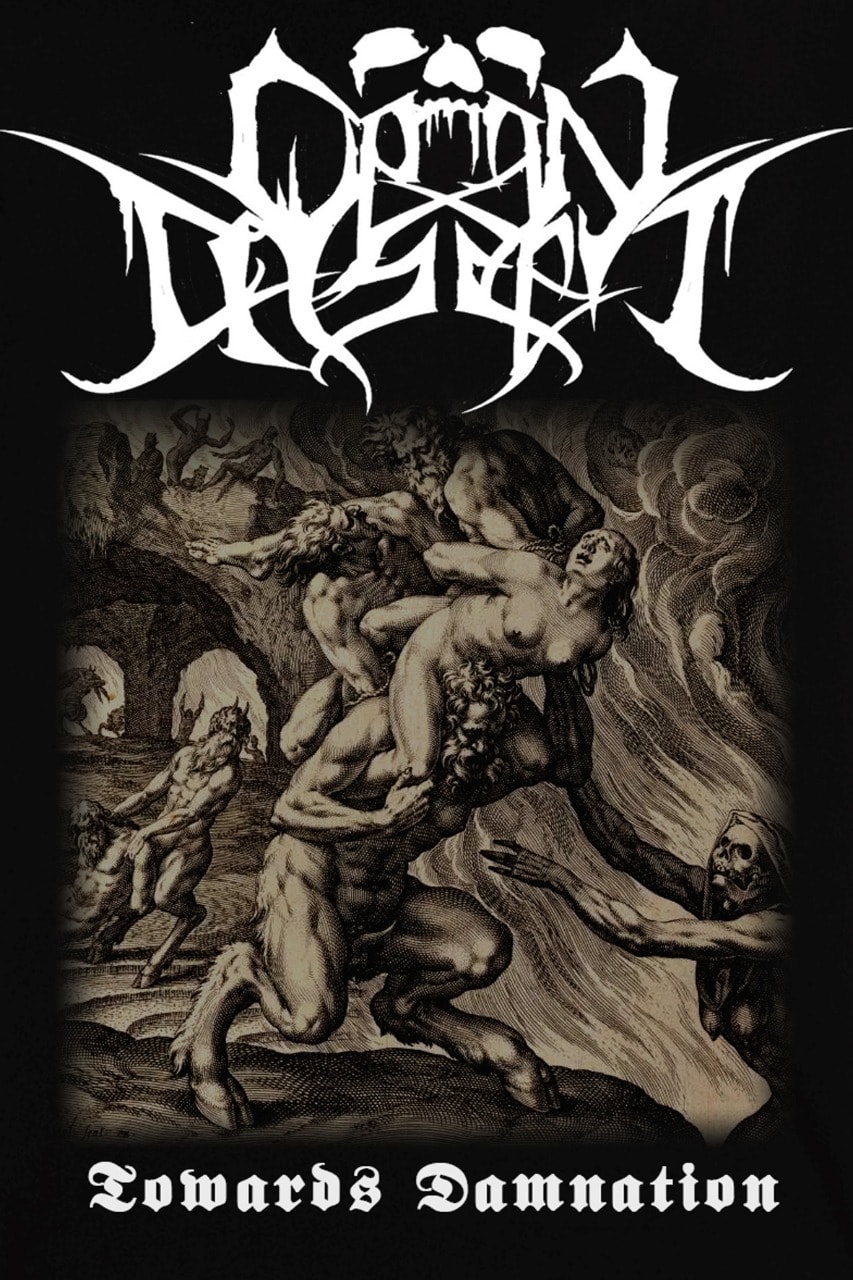 It is noteworthy that a new band (it was formed in 2019), caught the attention of three underground record labels in Mexico who released in different formats the demo “Towards Damnation” of this trio from Colima, a state located in the Mexican Pacific.

The truth is that throughout 16 minutes and 52 seconds, this powerful trio offers us a reunion with the origins of death metal itself, and condenses very well their proposal of death-thrash of the highest caliber.

“Death Breath” made me think at times of “Out of the Body” by the legendary Pestilence, just to give you an idea of the sounds and the category shown by this young band. There are also tinges of early Death (from the scream bloody gore era), and even a bit of Slayer and Sadus, to mention a few.

The drums, bass and guitars are very well blended together. The cadence of the drums, combined with the high moments of the songs, definitely follow the line of the golden generations of American thrash, when they were beginning to move towards primitive death metal. I enjoyed it a lot! Although I think that Gustavo, the drummer, probably has a lot of potential left to exploit, I’m anxious to hear what they offer us in the future.

The vocal work of Diego Ramirez is very important. Beyond the fact that the band is ascribed to the death-thrash vein, when one listens to songs like “Towards Damnation” or “Pandemic” (although in general it can be appreciated throughout the demo), Diego demonstrates the power of his growls, which leaves us anxious to know the paths they will take in the following materials, that is, will they increase the brutality and exploit all their potential to establish themselves as a death band? Will they remain in the eighties vein, carrying on the legacy of those who created the extreme sounds of today?

Although the physical format in some of the labels that produced the release is sold out, apparently this 2021 a new production of this promising trio will be released! We will have to be on the lookout to get their releases, trust me, they will be sold out! (Alex G.J.)