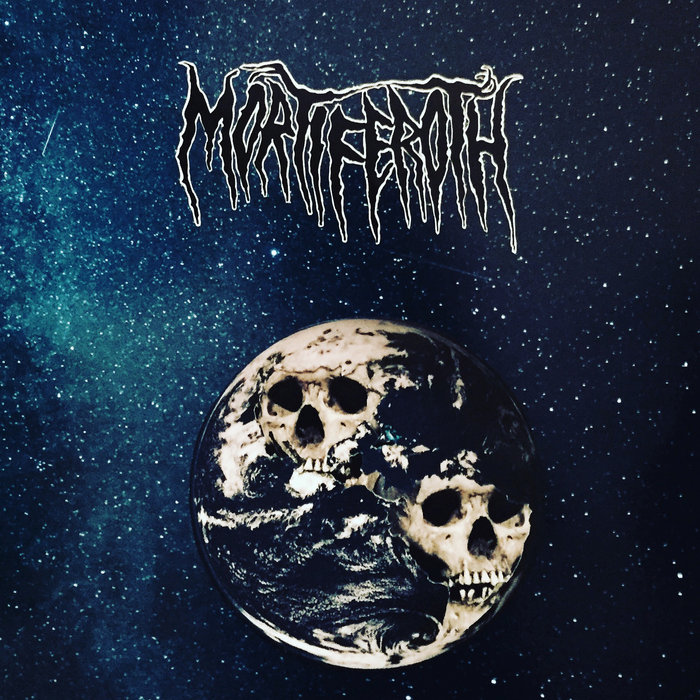 Trends in extreme metal music come and go, but there’s no denying that in our current climate, Old School Death Metal reigns supreme. This little subgenre has exploded over the past few years, providing a wealth of new bands to discover and plenty of albums that many would now consider to be classic and essential. I don’t think a single month goes by without there being a stellar OSDM release of some kind. Many detractors of this popular movement claim that it’s uninspired or too simplistic. But perhaps it’s this simplicity that leads to its inspiration, thus making the subgenre so warm and inviting. The accessibility of it all has created a legion of new super fans, all looking for that new band to bang their head to. And this is where Mortiferoth comes in.

Based out of Queens, NYC, the trio have released their third demo, titled “Secret Secrecy,” and let me tell you this; it absolutely rips. Recorded inside a haunted brewery, the three-track demo is a fiery assault of true OSDM punishment. Duel vocals? I’m all about it. The guitar solos soar over the oppressive pummeling of the percussion, yet oddly remains grounded thanks to some hefty bass work. All of this is shown to great effect on the penultimate track, “Doomsday Bunker,” which is by far my personal favorite of the bunch. Add in lyrical content that reflects the anxieties of our times and you literally have the groundwork for what could turn into the next preeminent Death Metal band.

It’s important, arguably now more than ever before, to support the artists and the scene you love. Whether it’s through buying a t-shirt, a record, posting a link on your social media or even writing a review like this, every little bit helps to keep the scene alive and provides a healthier future for those who participate in it. Mortiferoth is built on a foundation of burning passion and a fierce devotion to the Book of Heshers. In fact, their specific brand of OSDM has a whole lot of potential behind it. It’s comforting to hear something that’s at once familiar yet utterly distinct. Three demos in and these guys show no sign of slowing down. I’m honestly pretty damn excited and I hope we can all keep up to see where they go from here. (Sam Cooper)