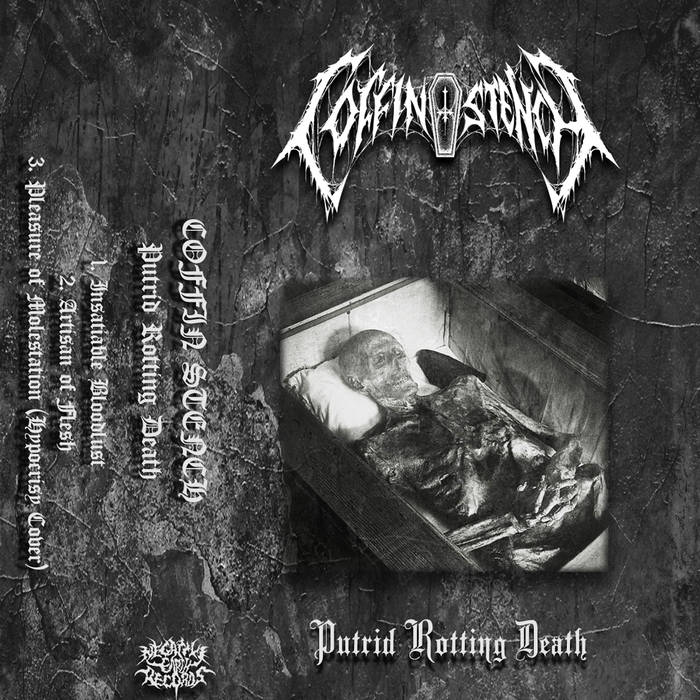 Scott Briggs, credited as SB Imperator on this demo, decided to form an Old School Death Metal in early 2018. Not sure if he even looked for other band members, but it is pretty sure he did everything himself on this demo.

The Death Metal you will hear on this demo, has everything to do with the early 1990s Swedish scene, although he add some early 1990s American influences as well, just with the typical buzzsaw sound. You will hear a mix of mid-tempo Dismember and when the pace shifts up, you will get a slight Malevolent Creation touch. And with the “Pleasure of Molestation” cover, SB Imperator reveals another influence for Coffin Stench; old Hypocrisy. Can’t say there is something special about “Putrid Rotting Death”, but it is decent and a good listen. (Ricardo)