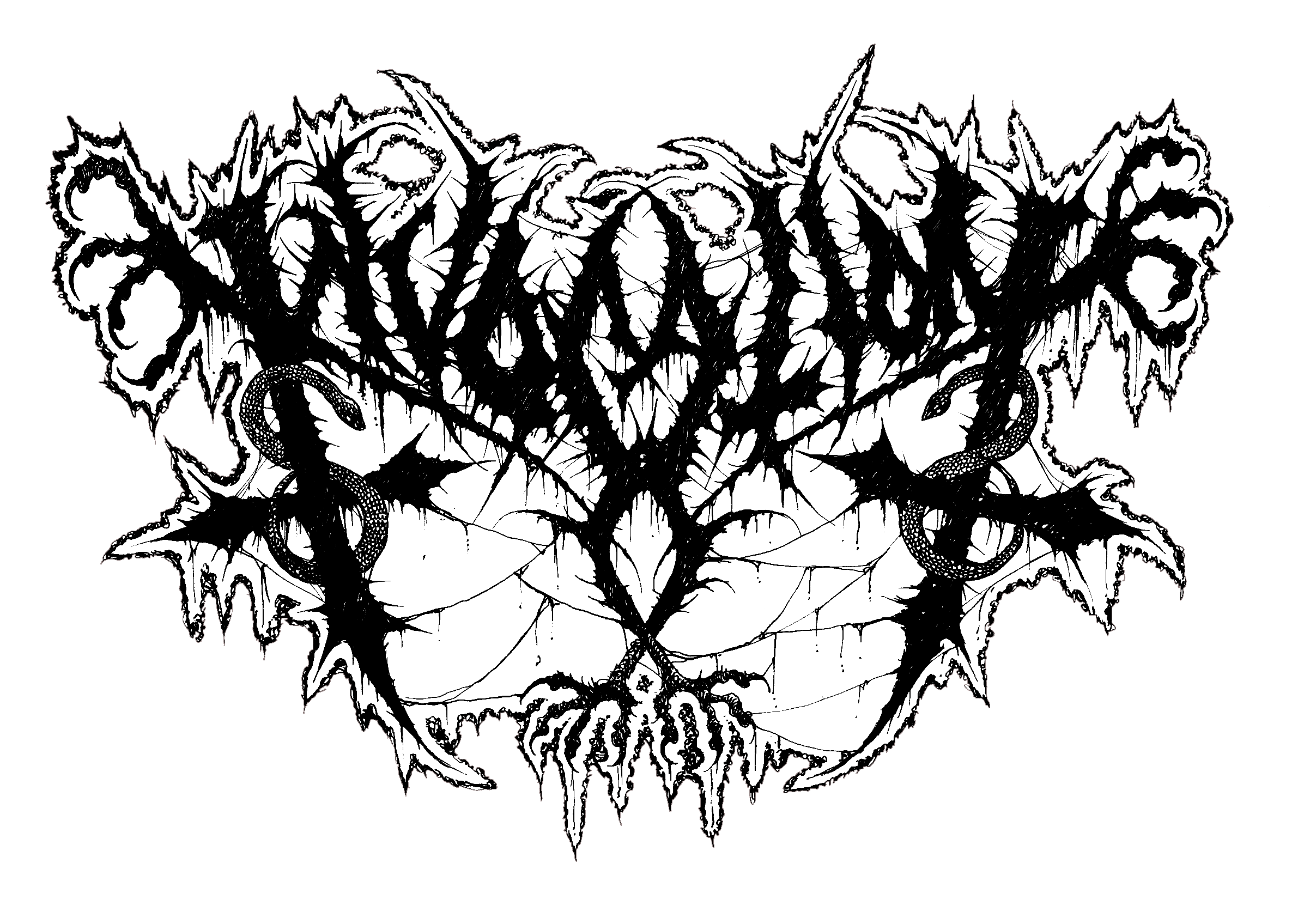 Chile is a hotbed for quality Extreme Metal the last couple of years. Invocation is no exception, with their Black / Death Metal which has similarities with old Samael, Necrovation, Demoncy, Incantation and Mystifier, to name a couple of references mentioned in our reviews. Reasons enough to give them space to introduce themselves…(Ricardo)

The band was formed 5 years ago by 3 very old friends, we knew each other a while ago, but that year we decided to hit hard the scene in our region, after other projects that are not worth mentioning, in our first rehearsal we down tuned our guitars/bass and the first track ‘Devout Effusions’ was born immediately, then came the name, the logo, etc.

We’re very influenced by the old South American extreme metal, I’ve already named enough bands, but I think the mighty Sarcofago, Mystifer, Demoncy, Grave Miasma and Embrace of Thorns were the ones that helped us the most in finding the final sound. From the beginning, we always had the objective of making obscure metal and above all with a lot of feeling and atmosphere, and I think people understood and recognized it since our first demo. 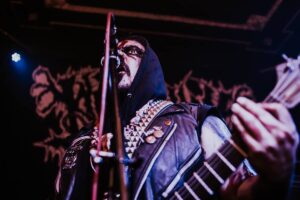 Our single “Emanations”, we gave away around 300 copies, distributed mainly among our old contacts from South America and Europe, this contained the track “Emanations” and also “Hypnosis” as a bonus, on some CDs we recorded more songs from the demo “Seance Part. I” the mix is practically the same. The CDR was one of those printable discs (blank), and the cover was laser printed on red paper, the art was modified from an old illustration. It really helped us a lot to promote and show the sound of the band as a preview of the demo, somehow the results were reflected when the demo sold out quickly.

The “Seance Part. I” demo…Godz ov War did an excellent job, the idea of work with a foreign label was a priority for us, so, we choose this Poland Label for release “Seance Part. I” in a very limited run, we are very thankful for that edition, I can’t say anything bad about this demo which was even released in a wonderful serigraph vinyl version. And I must reiterate the same thanks to all the labels that were interested in release it on different formats. Each one contains exclusive bonuses or a different art which makes each edition unique. for the record I leave you the detail of each official version;

We recorded our first demo with few resources and according to our own knowledge, as a way to start the process of understanding and somehow manoeuvring everything that a recording entails. I think the result was decent for a demo and at least you can appreciate the atmosphere and black feelings that we want to impregnate in the listener.

“The Mastery of the Unseen” EP…I think this two tracks were really more influenced by all the south american scene of the eighties, some raw and direct riffs with sinister vocals, not so technical indeed, but full of feelings. I think this EP offers both a strong musical as well as a strong visual presence in relation to the cover art, in which both fit together rather well. This was our first approach with Iron Bonehead and everything turned out as we expected, they gave us complete freedom to work on the release and we were able to get involved down to the smallest detail. It was also our first experience in a studio, and I think we could accommodate ourselves quite well since the owner of Equinox Studios (EB) is very internalized in underground Black / Death Metal bands, in fact in that place they have recorded bands of the caliber of Wrathprayer, Oraculum, Diabolical Messiah and Ejecutor. The Mastery of the Unseen, was undoubtedly a great release, we had the opportunity to tour over several cities, as well as our first experience outside the country for the “Total Death over Mexico” festival where we also participated in a mini-tour together with Funebrarum, Beastiality (swe), and Denial. 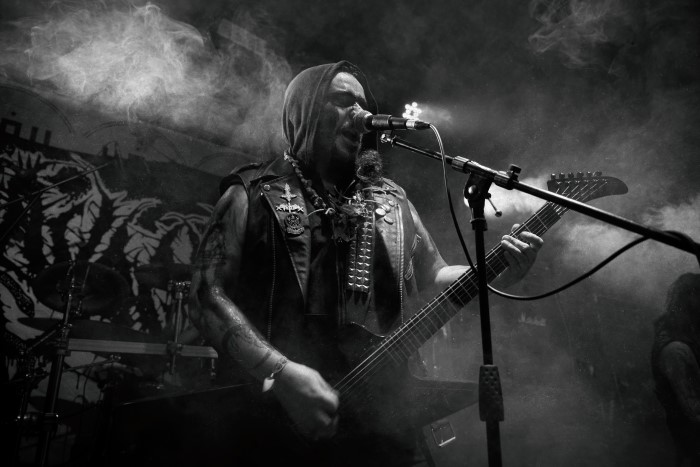 Thanks for the detailed answer, now let us move to your latest release, the “Attunement to Death” EP.
We recorded in the same studio (Equinox Studio), under the same supervision, so the process was relatively easier, (although there were 5 tracks). Obviously we spent more days and the guitar process consumed most of the time, Mix and mastering process was performed by the same person (E.B.), and our requirement was obviously to improve the previous process, and I think it was achieved. I like the sound achieved on the guitars and some drum details that can be clearly heard throughout the mini album. The artwork was made by Abomination Hammer, guided by our idea of representing one of the tracks on the front cover. He has very interesting works and a unique style, I think his paintings are capable of transmitting a terrifying and shocking atmosphere that obviously caught our attention immediately. It was far from the most abstract paintings and repeated drawings of goats with bullets. This mini album has been distributed well, I have seen many reviews and positive comments in many places, which leaves us the paved path for what will be our eventual debut album.

I think these tracks are a little bit deeper and with longer passages than those of “The Mastery of the Unseen”, In “Attunement to Death” we focus a little more on the atmosphere achieved in the demo, although also has a good balance in conjunction with aggressiveness, there are riffs with a lot of tremolo and a well-marked bass in some cuts as well as the good nuances put by our drummer (Sense of Clairaudience) , I like the result achieved with “Secret Tongues” this track has an excellent initial riff that gives a very good atmosphere and feeling, we have played it a couple of times live and there I can really feel how good it is.

How did you get in contact with Iron Bonehead Productions?
We sent a letter to Patrick, which contained a cassette with the demos of “The Mastery of the Unseen”; we had a good response and decided to work with Iron Bonehead. They know the underground very well and have done an excellent job with our music. It is undoubtedly one of the leading labels in terms of underground Black Death metal worldwide. They have recently released 2 t-shirt designs inspired by our latest material, we will certainly continue under their cloak.

Can you tell us more about your lyrics?
Lyrics are an important part at least for bands that play Black Metal, all the concepts were agreed by the band and materialized by Sense of Premonition, for example “Seance Part. I” was our first approach to paranormal topics and naturally “The Mastery of the Unseen” was also the consolidation of that. In the case of our first demo Seance Part. I the name it’s totally intentional. This is our first attempt to communicate and accept other spirits in an astral plane, we choose our music as “the medium” for it, just take a look on the lyrics and the titles… all that ‘Emanations’, ‘Pendulum’, ‘Devout Effusions’ and the mighty ‘Hypnosis’ are part of this first session…. In “The Mastery of the Unseen”, we explore some artefacts used for those themes, such as the Ouija board and the trumpet of the spirits, and I think with that, we close the cycle dedicated to these paranormal topics. In “Attunement to Death”, we try to explore more traditional themes such as the first rituals in mirrors, secret languages and some interventions as a form of possession. And it is in this last subject, in which we are investigating more deeply.

Our next material will be focused on ancestral techniques of self-hypnosis and possession, especially those used in dark and unknown tribes without intervention or aid of pseudo “spiritual” books. It strikes me to be able to understand this type of thoughts of ancient cultures and how they were revealed to them. 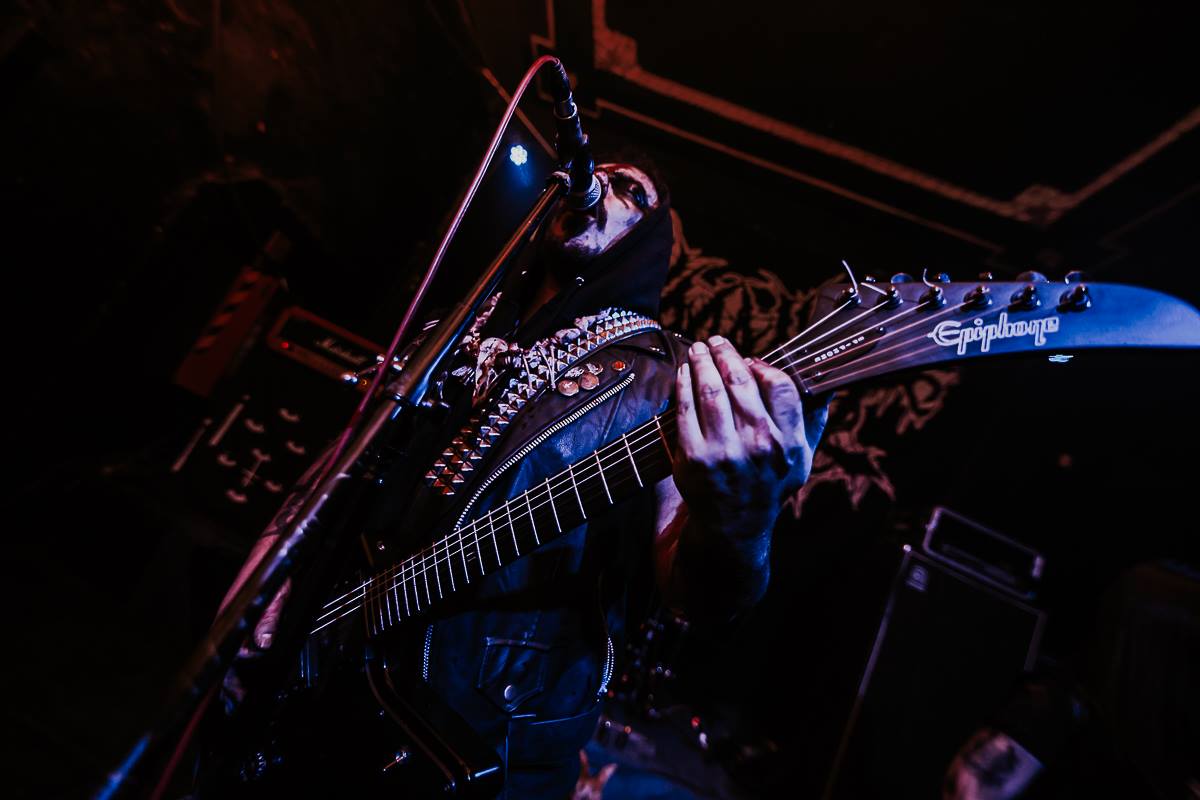 What are your expectations for Invocation in the future?
We are working hard to complete all the songs, the road is already laid out, and this year we are focused on finishing the composition and eventually the recording of these offerings, I hope we can count on our debut album in 2021-2022.

I hope we can continue playing outside our country, we have had approaches with some producers from North Americ, maybe some dates could be happen when the pandemic thing passes.

Are there any bands or albums of your recent playlist you would like to mention? Any other bands of your region of Chile that are worth mentioning and to check out for our readers?
Sure, I’ve been obsessed with Distant Fear’s first demo “Mortal Column”, as well as the latest from Ascendency and of course the new Vassafor, I also have an ear in what will come from the mighty Force of Darkness!. Metempsychosis!

Before we wrap up this interview, do you have any final words or thoughts? Thanks for your time!
We really appreciate your time and support, remember…