AEMPYREAN are the latest Indian metal act to send ripples through the metal blogosphere. Since forming in early 2015, the band have slowly built a reputation with their live act. I managed to catch Aempyrean at the Trendslaughter IV earlier this year supporting Cult of Fire and they put on a engaging show. “Fireborn”, their highly anticipated debut EP releases today via Cyclopean Eye Productions. The band’s intense sound will appeal to fans of old school death metal. I spoke to vocalist BR about Fireborn, their inspirations and also the current state of death metal. (Peter ‘Trendcrusher’ K.)

Your debut release Fireborn releases worldwide next week, how does it feel now that the release date is near?
Greetings! We’re glad that maniacs worldwide can finally get their hands on the record. We recorded this EP in 2016-17, so even from our perspective; it has been a long time coming.

How did the present line up of the band get together?
The lineup on the record is the original lineup formed in 2015. Ajay N and I had been playing in bands since 2007 and I’m a huge fan of his other band Dhwesha. I was playing for a band called Witchgoat. Both our bands were on a hiatus then for various reasons and we’d been wanting to work together for a while. We knew exactly what direction we wanted to take this project in and the sort of personnel we’d need. Sailesh K and I were colleagues at our day job and he brought in Clinton S from their band Sarcophagus. Avi S came highly recommended from our friends in the circle. Everyone was in on what we were trying to accomplish and were absolute warriors. 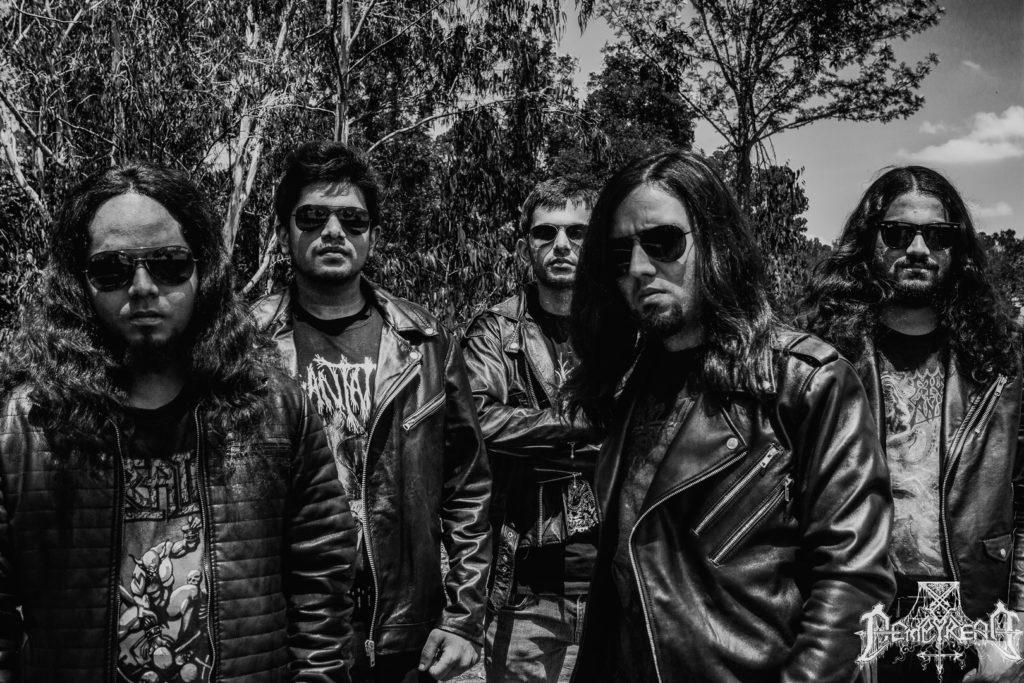 What inspired you to start a death metal act? What about the genre appeals to you?
I wouldn’t say we’re strictly death metal. However, to answer your question, the sound we have is the one we found adequate to convey our message. As for death metal itself, the fact that it does doesn’t have to be confined in defined structures the way traditional/thrash metal is, has always been greatly appealing.

“Fireborn” has an intense sound that will appeal of old school death metal fans. Tell us a bit more about the EP.
We’re really into this music as fans first and musicians second and we wrote this record for ourselves, hoping it would be something we’d like listening to. We were very clear about the sound and concept of it from the beginning before we’d even played a single note. I’m not surprised if it appeals to old school death metal fans. As one myself, this is what I’d expect from the genre.

The EP features a tribute to Morbid Angel’s legendary track “Chapel of Ghouls”. Which are the bands that have influenced you?
Possessed, early Morbid Angel (of course), Necrovore, Angelcorpse, Sarcofago, Absu, Morbid Scream, Destroyer 666, etc. are some of our influences.

“Fireborn” is being released by Cyclopean Eye Productions. How did the deal with come about?
Sandesh Shenoy, our label boss, has been an old komrade and I know first-hand his passion for extreme metal and the work he puts in for bands on his roster. He was familiar with the project from the beginning and he knew about us being in the studios, recording this EP in 2016. The deal was made when he watched us playing live in 2017 and liked what he heard. It’s that simple. 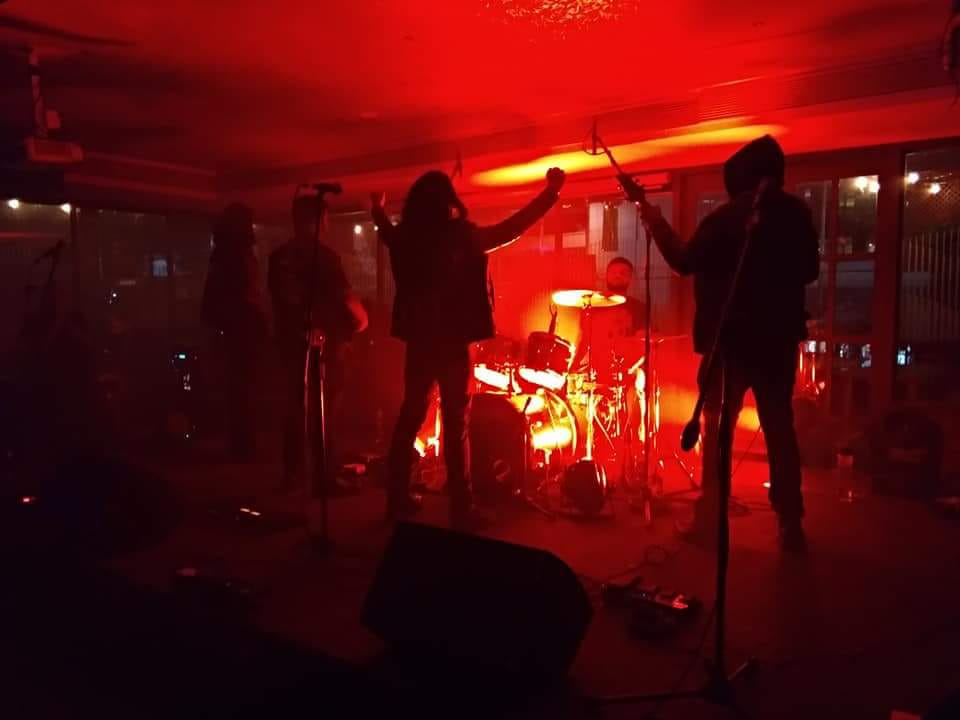 What are your thoughts on the current state of death metal?
Lots of really good death metal records being put out in the last 8-10 years or so courtesy labels like Iron Bonehead, Invictus, Dark Descent, etc. Also, it’s good to see bands going back to the ‘80s and early ‘90s sound from the sterile, overproduced tech death sound that was plaguing the mid-late ‘00s.

Do you have any shows in the coming months?
No, we don’t. We’re open to playing shows if the timing and opportunities are right. For now, we’re just looking forward to writing again, this time for a full-length.

Thanks for answering all our questions. Do you have any final words?
“Fireborn” releases worldwide on 05th December via our label Cyclopean Eye Productions. Thanks for your time and the interview. Hails!