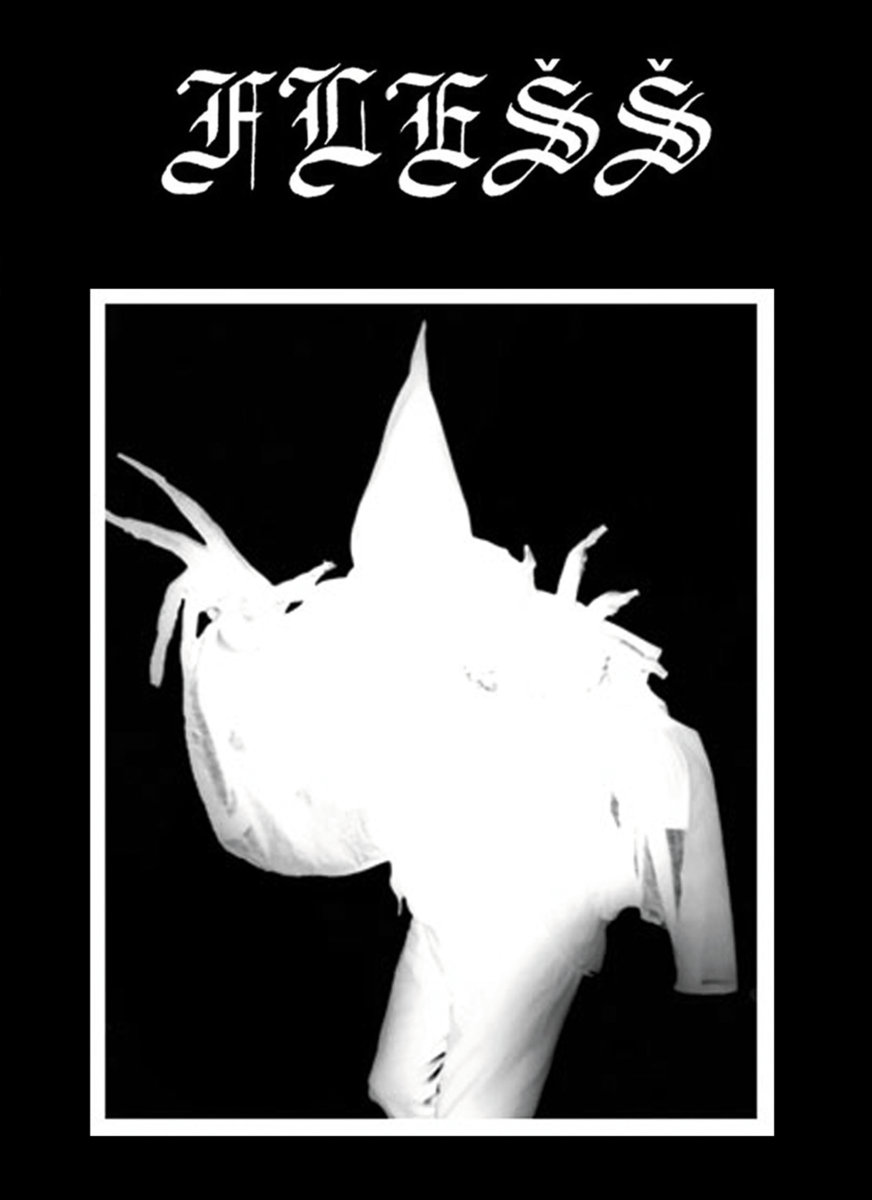 And so onto my second Flešš re-release review. Following on from the re-imagining of the debut demo entitled ‘Volume I’, debut album ‘Frenzied Bloodlust Underneath a Black Moon’ has also been given various re-releases on multiple formats and features two tracks with a production level that is worse than the demo that preceded it. I imagine in the world of Elitist Raw Black Metal this is actually seen as a good thing. I said about the demo that the vocals sounded like they were recorded in a wheelie-bin out back. Here, the vocals spend most of their time sounding like distant thunder claps which I admit is fairly impressive and gives the album a feel of a constantly impending storm. Musically, the guitar leads are even more simplified than the demo, as are the drums and all you lovers of the bass guitar might as well go home. If anything the drumming on the album is far less superior than on the demo and even feels amateurish and clunky. If you could programme an old 80’s keyboard to drone out a basic beat but with lo-fi sound, this would be the end result. Oh, and as to my reference to storms earlier, there is an actual audio sample of a storm featured too, but I promise I’m not mistaking the vocals for this. Further in the belligerent battering ram of  unadulterated Raw BM from the demo does show it’s grotesque face from time to time but overall I’d just listen to the demo and forget about this album. (Luke Hayhurst)