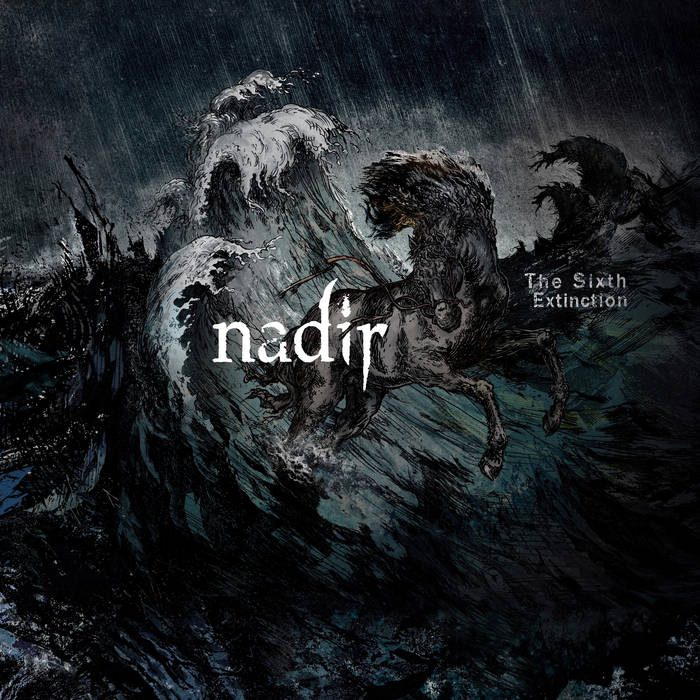 The 6th album by Nadir from Hungary is a concept album dealing with the present massive, human induced wave of extinction of species on Earth and citing environmental destruction, pollution, diseases, invasive species and overhunting as its main causes, which includes a trilogy about a new Ice Age.

The music itself is a mix of mid-tempo Death Metal, Doom Metal and a slab of groovy Sludge with a hardcore touch. The fact that the band consider Crowbar as a massive influence should give some imagination how “The Sixth Extinction” sounds like, with the vocals as main reference during the slower parts. Although this is probably their style, I would recommend to give it a listen first as you can get surprised, be it positive or negative, when you expect plain Death/Doom Metal. (Ricardo)