Lucifer’s Fall – Tales from the Crypt 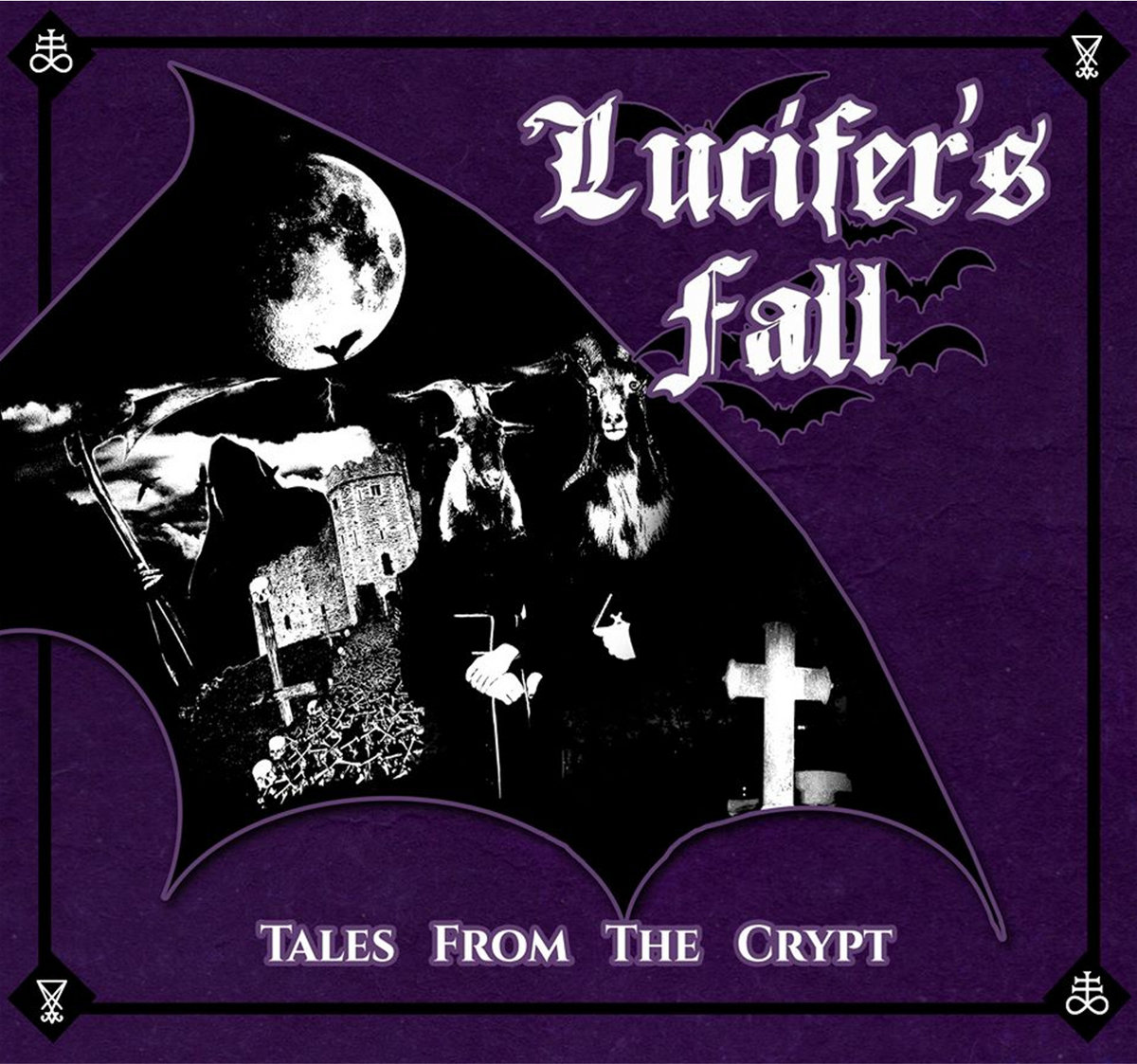 A couple of years ago, Australian Doom influenced Heavy Metal band Lucifer’s Fall decided that over their first five years they had amassed a considerable body of work including two albums, an EP and a myriad of singles and demos, and therefore it was time to put out a compilation CD. So armed with this idea they teamed up with Sun and Moon Records and that’s exactly what they did. You have to love the Australians for their forthright nature! If you are like me and are new to the band, “Tales from the Crypt” is the perfect way to sample the band from various stages of their development.

From the opening track “Trapped In Satan’s Chains” the band’s influences are immediately apparent. The UK’s Lamp of Thoth and Arkham Witch, plus Reverend Bizarre and Witchfinder General too. These Aussie doomsters though in their tongue in cheek 70’s cult movies inspired sounds are a far dirtier, grime smeared proposition. The Deceiver on vocals has the smoke ravaged alcohol fueled tones to fit the bands groove drenched riffs, thundering bass and meandering melodies down to the ground. It’s a basic formula used by so many bands but it sure as hell works. The compilation doesn’t just focus on the albums either and there are rougher demo tracks thrown in as well as covers of “Cromwell” by Reverend Bizarre, Exciter’s “Stand up and Fight” and lastly “Angel Witch” by… well… Angel Witch!

If you want fast paced groove drenched Heavy Metal, you’ve got it! If you want slower, Doom laden riffs, no problem! ‘Tales from the Crypt’ showcases five years of solid work from Lucifer’s Fall whose tongue in cheek Doom inspired Heavy Metal is oh so good to groove with! (Heathen of the Horde)