Hammer Of Gore – Beheaded And Stuffed With Feces [Demo] 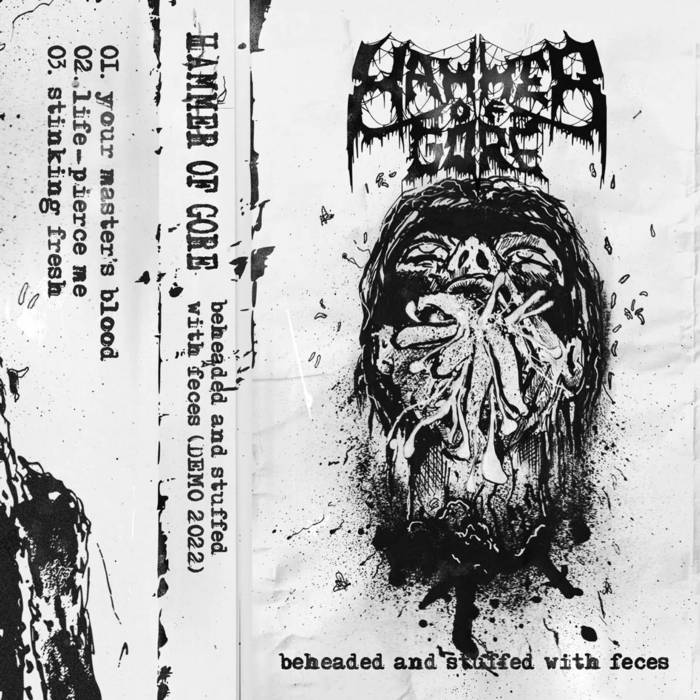 About a year after the release of their ‘Mutilated And Forgotten’-demo, German Death Metal combo Hammer Of Gore returns with a new demo. This 3-tracker is released digitally by the band themselves and is available through their own streaming channels.

Their previous offering was a pretty nice and thick sounding Old School Death Metal demo which had a slight Swedish edge to it. This new one sounds rather close to its predecessor, yet it is less Swedish in nature, but seems to be heading more to the Old School American Death Metal scene. Fans of a band like Rottrevore or maybe even Deteriorot would definitely do themselves a favour by checking these Germans out. Fun thing to mention is the maniacal higher pitched vocal burst in the first song, I don’t think I ever heard such a thing in a (Old School) Death Metal song before: nice twist! Yet, it might still not come as original or ground breaking, but I am damn sure that these guys never had the idea of being either of those. Instead they offer you a very entertaining and well-played Death Metal demo.

In case you are not much into digitally streamed music you have to find a little more patience. Brutal Insanity Records from The Netherlands will be responsible for the release of these three nice tracks of Death Metal on cassette tape soon.