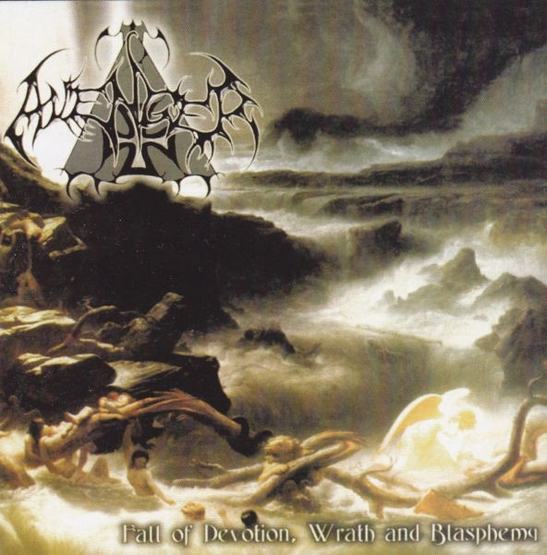 Not exactly the most original bandname in the world. I believe the first heavy metal Avenger already dates from the NWOBHM-era. Nevertheless the quality of the music this Avenger (from the Czech Republic) produces is nothing to complain about. I would even say this is rather original. It’s an exciting mixture of black, death and sometimes even doom metal, combined with traditional (I guess Czech) melodies and instruments. No actual bands come up as a fitting comparison. Maybe only the older Christ Agony, but on the other hand I ask myself if that makes sense.

The elements of the music have all been used before, but Avenger combine all those elements to a rather original whole. The lyrics are in Czech language, but fortunately they are also printed in English in the booklet. Or else it would have been very hard for me to find out the ideas behind the music. Well, these men are obviously not very fond of Christians, which can be concluded from songtitles such as “Opus 666” and “Papez Ukrizovan (Pope Crucified)”. The elements in the music of Avenger vary from modern metal to also black/death hailing from longer ago, the late ’80s to be precise. The pace changes keep Avenger very interesting, and I wouldn’t be surprised if they’d get a better record deal in the near future. After all, the Norwegian language never was a restraint for success, so why would the Czech language be. Looking for good black metal? Check this out. (Stijn)