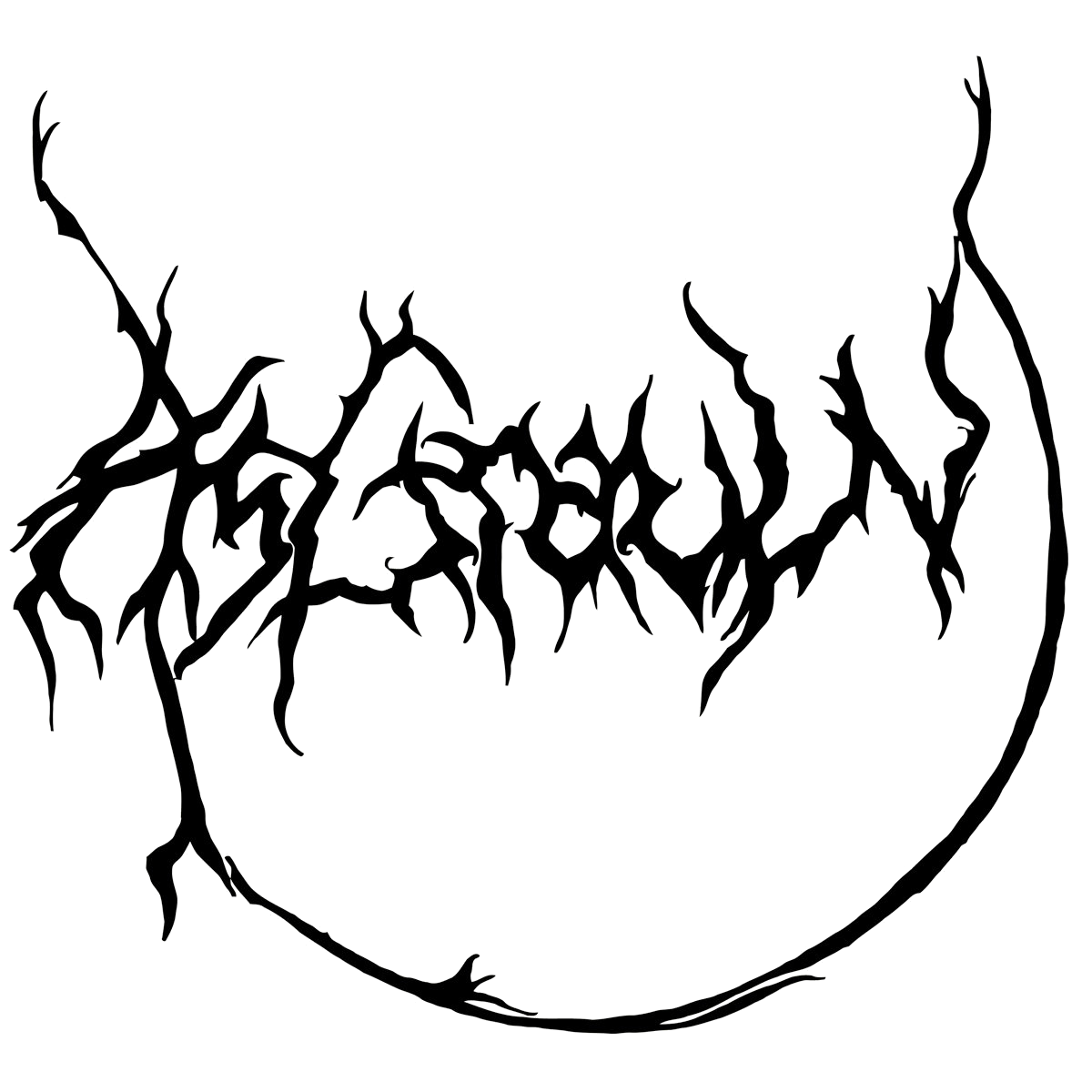 Hails to you from the UK and thank you for taking the time to answer my questions. How is life right now in The Netherlands?
Batr: As I speak, we are looking forward to a new album that will be released next month on Death Prayer, and we finally have gigs planned again. Then we will focus on new material for Asgrauw and several other projects.

You have a new album due out this October entitled ‘Façade’. How are you feeling about the impending release? How do your emotions manifest themselves before an album release?
Vaal: The excitement already began in the writing process, while puzzling the songs together during rehearsals. It’s exciting to see the development of a song and how it could fit in the album we’re working on. We give more than 100 percent for the quality of the songs and sound and when it’s working out the way we want, we are very thrilled for our release.

Batr: Writing and recording each album is a journey. Façade is no different in that regard. Asgrauw has been playing black metal the way we want to hear it ourselves for more than 10 years. We do this with full dedication. Due to the long production time of vinyl these days, the recording process of Façade has been behind us for quite some time. So, the pressure is gone.

Kaos: Indeed. Though, now that the singles are published online and things are slowly getting going, the excitement is sharpened again.

What are the lyrical themes and concepts that run through the album? Do you like to stick with a specific theme, or do you let your imaginations run wild and include lots of different ideas?
Batr: We always like to work with a concept or a theme. Albums like IJsval and Gronspech are concept albums. At Façade, that has been somewhat let go but there is a red line through the lyrics: cheating death. Vaal and Kaos are primarily responsible for the lyrics.

Kaos: Façade is about death, about escaping death and the inner struggle to survive.

Vaal: I think that a lot of our concepts are about the will to survive. In earlier albums, for example IJsval we described the effects of the climate change, and the disasters and misery that result from them. The concept of survival is present in the upcoming release as well. But
this time with death as subject and the individual struggle about death in common.

I love the artwork for the new album. It certainly veers away from the stereotypical Black Metal imagery. Can you tell me more about the ideas that went into it? Who designed the artwork?
Batr: Artwork is always important to us, and we enjoy working with dedicated artists. Coming up with the artwork was more difficult than with previous albums because there wasn’t a very clear concept connecting the tracks, but more of a more general theme: escaping death. This is how we came up with the idea of a person that unleashes himself from his fate, death. The artist Luciana Nedelea has painted the cover art. The insert painting for the album is made by our good friend J. Putman, who provided previous cover-art.

Kaos: as Batr says, the album has a theme that needed to be portrayed. We didn’t want to focus on the event with the person and the dead, but rather show a lot of scenery with nature. Like all our cover art. Yet with this theme, a person had to be used as a personification. The person is grabbed by death but manages to break free from the chains.

Vaal: We maybe tried to avoid stereotypical artwork and imagery because it would be somewhat cliché. However, I must say that we like to bring some reference to a certain style of black metal, but in our own way.

Batr: Our previous cover-art was much inspired by the Ulver-trilogy. With thick oil brush strokes on canvas. The Façade cover art also has a lot in common with some of the 2nd wave black metal art from the golden age. Also, our photography is referring to the 90’s. We just like the 90’s stuff like Emperor, Dodheimsgard, early Dimmu etc. I don’t mind flirting with clichés, if you’re authentic as a band. 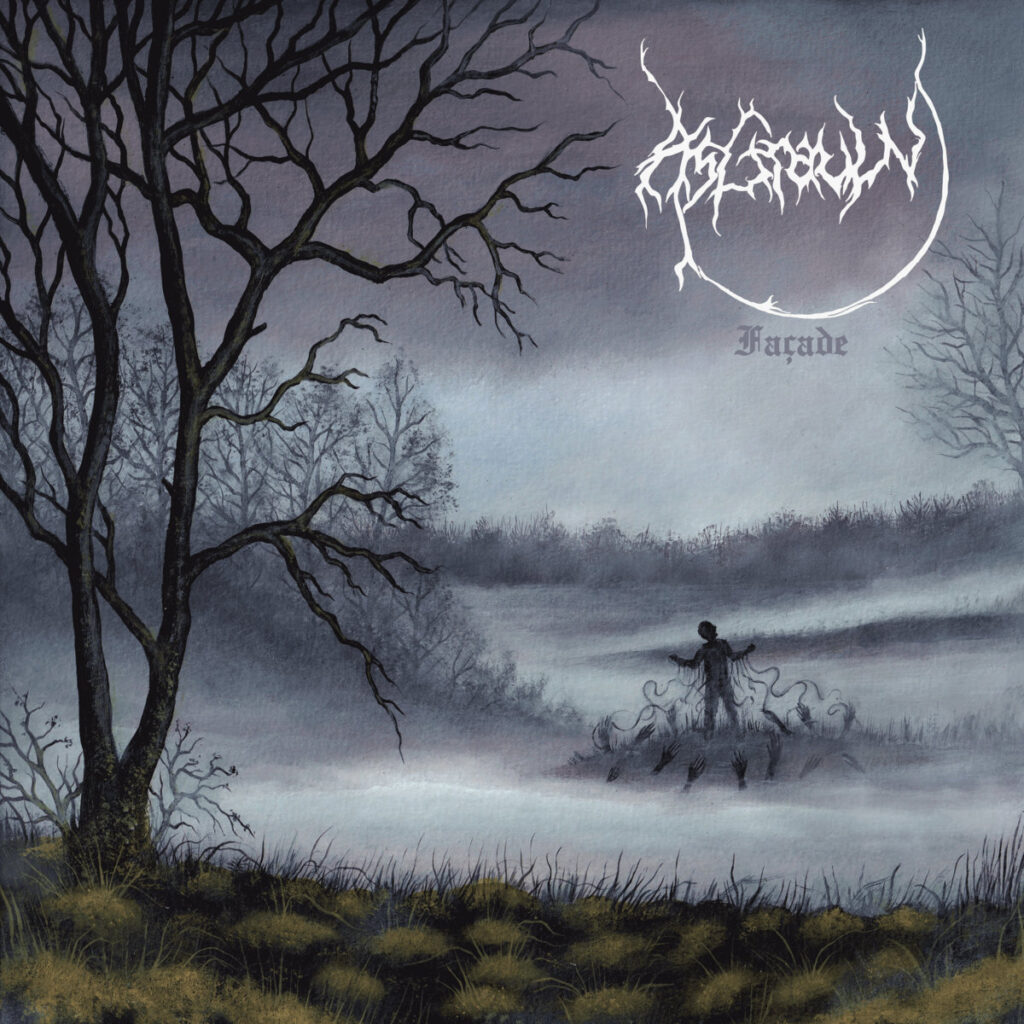 You have been active as Asgrauw since 2010 and ‘Façade’ is your fifth studio album. Where does the inspiration and drive come from to keep writing, performing, gigging?
Vaal: Dedication! Asgrauw band members are fans of this this style of music and each of us has our specialty. We complement each other to form a well-functioning band. Every successful release makes it worth to keep on going. Personally, I love to sit down an evening with a guitar, trying to write some riffs. It’s better than watching series on Netflix in my opinion. It gives a bigger feeling of fulfilment. Most of the time, that’s how a song starts.

Batr: Exactly what Vaal says. Asgrauw is a close band with extremely dedicated musicians. If possible, we rehearse every week where we are really focused on the music. The inspiration and drive seem inexhaustible, it never runs dry. Vaal comes up with most of the riffs and together we work on them until we have complete tracks. I’m part of other projects with a similar drive. Doing something with half dedication makes me unhappy. Do something 100% or not at all. It energizes me to work with dedicated people.

Kaos: We’re focussing a lot on writing and recording; Façade is our fifth album. We don’t play much live though, due to our full agendas. But if a show has a good line-up, we can usually be poked to get on the stage.

You have teamed up with UK label Death Prayer Records for the new release. How did this relationship come about? It’s a multi-format release. How important do you feel it is to venture beyond CD’s and get your music out on cassette and vinyl?
Batr: Although people think that an established band can easily get a label, it was quite a search for us with our previous album IJsval. I think most labels get dozens of demo requests a week, that they probably don’t even listen to. After some perseverance, we ended up on Death Cvlt Productions. A label that’s actually focussing on a rawer niche of black metal, with bands like Revenant Marquis, Lamp of Murmuur or Czux Raboth. But the guys were fans of our music and wanted to release it. This label meanwhile has been recently transformed into Death Prayer Records. It was therefore obvious to contact them again for our new album. As for CD, this has been perhaps the most important format in the industry for a long time. But in the underground, we see a very big revival of cassette and vinyl. Although at the moment CD is gaining popularity again since the problems in the vinyl production. We’re glad physical releases are still popular in the underground, apart from digital. 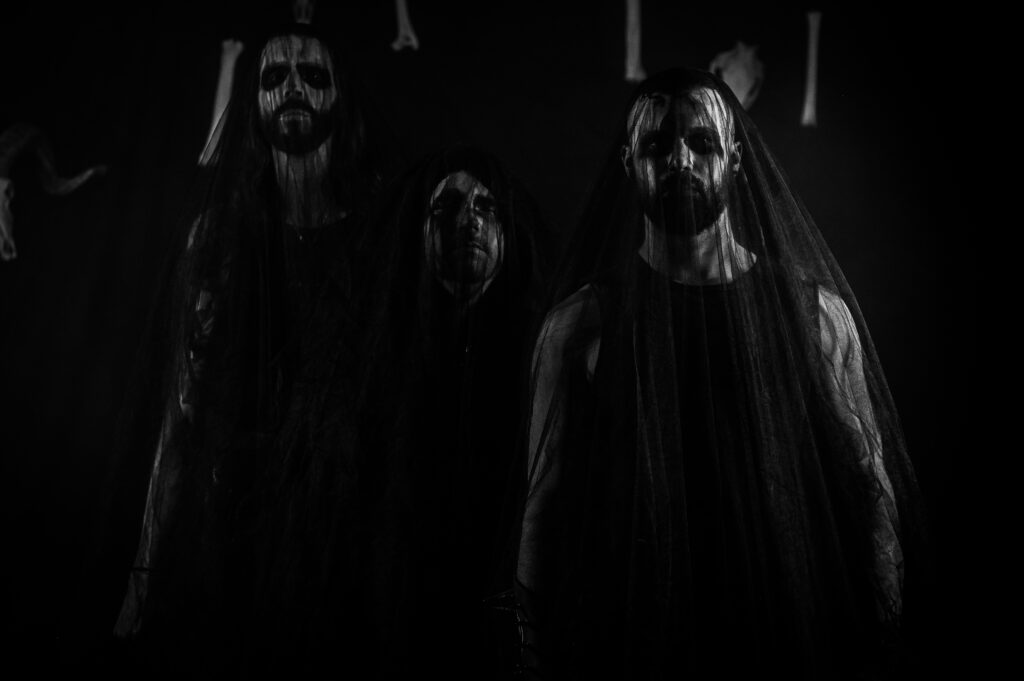 How do you feel ‘Façade’ compares with your previous body of work? And how happy are you with the finished album?
Vaal: Every album has its own identity and we always trying to push the limits of quality. We still like our early work, however through the years we developed as a band.

Batr: Asgrauw is a band with a do-it-yourself mentality, and we do the recording and production ourselves. Each album has its own charm, including the raw debut album Schijngestalten. Unconsciously we may have gone back to those early days of the band. Façade sounds much faster and more aggressive than the previous albums. We’ve let a lot of punk influences seep into the music.

Have you received much pre-release coverage for ‘Façade’? What kind of response have magazines and zines been giving the album so far?
Batr: We received very good critics to the first single Versplinterd Hout and we got a few positive reviews. But I think most reviewers are drinking beer at the festivals, we haven’t seen much yet.

What do you all listen to away from Asgrauw and Black Metal? What other musical and non-musical influences do you feel filters into your work with Asgrauw?
Kaos: My roots are in Punk and Hardcore, not that popular smooth sounding stuff, but the dirty and aggressive toilet-drain of that scene.

Vaal: I listen to psychedelic rock, blues, bluegrass, dark country. Most of the time I look for the darker sides of music styles. Bluegrass is the only style in my list that is somewhat uplifting.

Batr: Besides Black Metal I like to listen to a lot of jazz, psychedelic music and old school Technical (Death) Metal. You can hear those influences sporadically in Asgrauw’s drumming, but more in my other project Meslamtaea.

I’ve found myself listening to more and more NLBM as of late. Which bands or labels from your country do you feel we should be paying more attention to?
Batr: The Dutch scene is upcoming. There are a lot of bands that are worth checking out and it’s hard to name just a few because I’ll forget to mention a lot! I am very fond of bands like Kjeld, Sammath, Hellevaerder and Elfsgedroch. Experimental bands such as Cthuluminati, Grey Aura and Murw are also worth checking out. The ‘Zwottekring’ circle of bands, which we’re part of should not go unmentioned. Bands like Meslamtaea, Teitan, Schavot, Sagenland… soon Grafhond will release their debut. There are a lot of dedicated labels in the Dutch scene such as Heidens Hart and Zwaertgevegt. If I can also count Belgium, Babylon Doom Cult should not go unmentioned. All these labels do a lot for projects of ours.

Kaos: Of course, I say Void Wanderer Productions! This is an underground black metal label that I’ve been running since 2018. VWP released various Dutch bands, like Adversarius, Schavot, Teitan and the vinyl of Asgrauw’s Gronspech. More Dutch title will follow next year.

What does the next 12 months have in store for Asgrauw following the release of ‘Façade’?
Asgrauw: You can expect the same from us in the near future, as what we have done in the past. We are busy writing new music and there are planned some nice gigs. We always keep going!

That’s all I have for you. Thanks again for taking the time to speak with me. I shall leave the final words for you.
Asgrauw: Thanks for the interview, cheers!