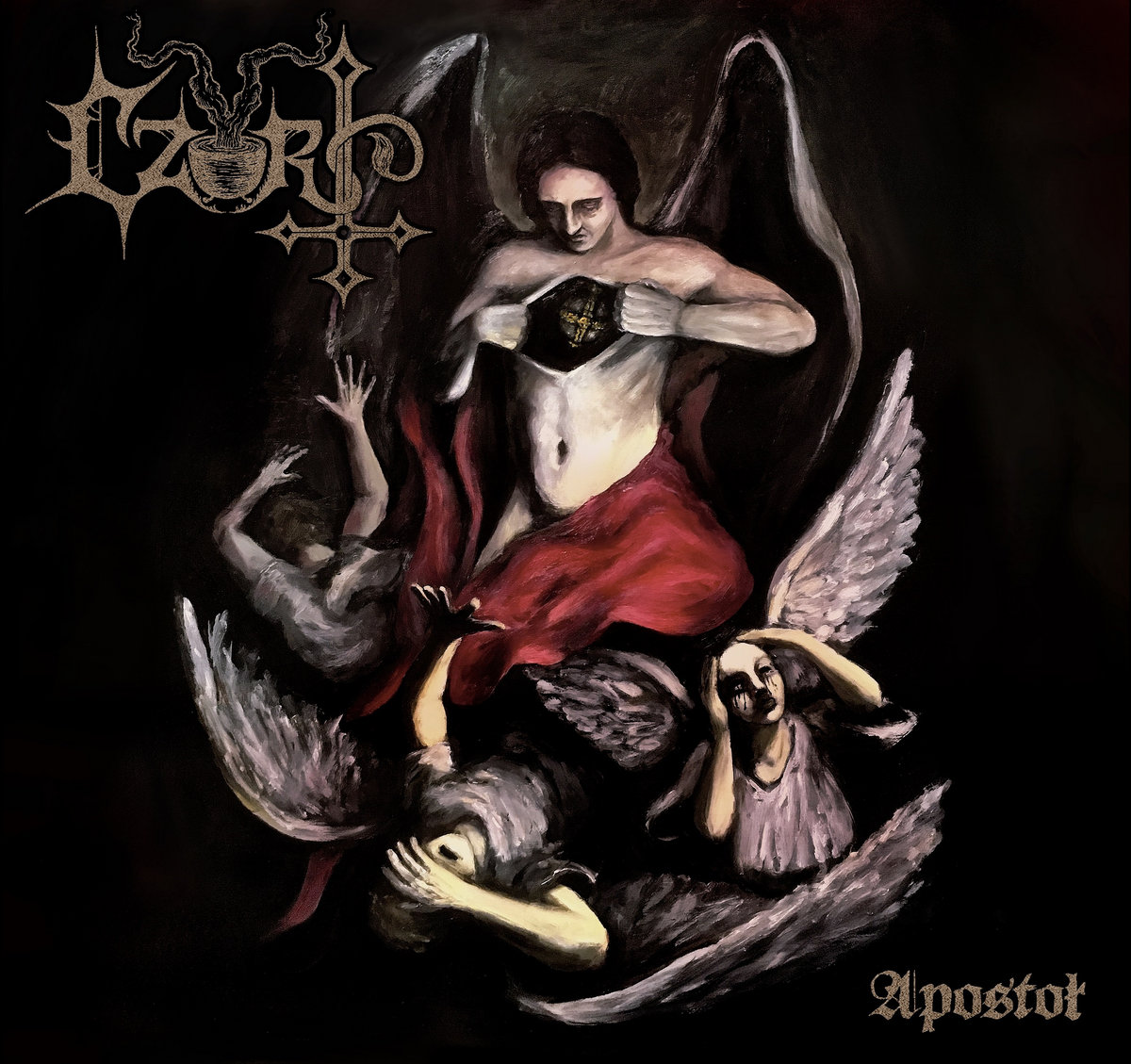 Czort is a Polish band from the Silesian Voivodeship, a province of which Katowice is the capital. The band, who shares their name with a horned, hooved and evil pig-faced demon, was formed in 2016. It didn’t take them long to release their 2018 debut album ‘Czarna Ewangelia’ and a four-way split in 2019, both under the flag of Under the Sign of Garazel Productions. That same label also released the sophomore Czort record, ‘Apostoł’ in 2020.

It’s always a pitfall to end up comparing a band too much to other bands from the same scene or country. However, sometimes it also can’t be avoided. There is just too much of the sound of Mgła on ‘Apostoł’ to leave out the comparison. This is mostly in the repetitive emphasis on guitar leads, although Mgła is really on another level. Czort focusses much less on the speedier passages and much more on melody, and therefore has much less of that sharp edge. This seems an overall development of the band sound, as the ‘Nemesis Divina’ era Satyricon influences that could be heard on the debut ‘Czarna Ewangelia’ seem to have faded out along with the rawer guitar sound. Instead, the band has opted to add more melody and more layers to the music, and it partially works. The bass really stands on its own, adding interesting bass lines on top of the double layer of guitars which gives the music an almost progressive edge. While that strong bass play was already a part of their debut album and the progressive elements at time sound interesting, in the track ‘Narodziny końca’ the different guitar layers and bass riffs are rather disorienting and frankly a bit too much.

And maybe that’s the overall feeling I have with ‘Apostoł’. It seems they really tried to diversify their sound, make it more their own by moving more towards melodic Black Metal, but along the way they went a bit overboard. This mostly goes at the cost of a rawness that I end up missing from the album. The music really isn’t too bad at all, I just miss a bit of soul and Black Metal edge. In rocking and grooving songs like ‘Grając w szachy z Diabłem’ and ‘W sercu chaosu’ I almost get an association with a band like Tribulation on their transitioning ‘The Formulas of Death’ album, which could be promising if Czort will be able to match the stellar development of the Swedes. I do have to say that a track like ‘Dysonans duszy’ sounds excellent, a track in which has a good balance of proggy bass lines, creative drum work, raspy vocals and (fitting with the title which means ‘dissonance of the soul’)  a touch of dissonance to add a lot of atmosphere and hopefully this song is a sign of the direction the band might be taking.

I ended up listening to the Czort discography because of their contribution to the 2022 split with Angrrsth. Along the way I came to appreciate their more traditional-sounding debut ‘Czarna Ewangelia’ for what it is. On ‘Apostoł’ the band takes a step forward to more progressive and melodic Black Metal, on one hand trying to be unique yet on the other hand sounding more decidedly like Mgła but at the cost of a sharp edge. It’s a bit of a confusing album, at least to me. Still, Polish bands are known to push the boundaries of the Black Metal genre. Perhaps this will appeal more to those that can handle straying away a bit further into more progressive and melodic territoties. (VincentP)