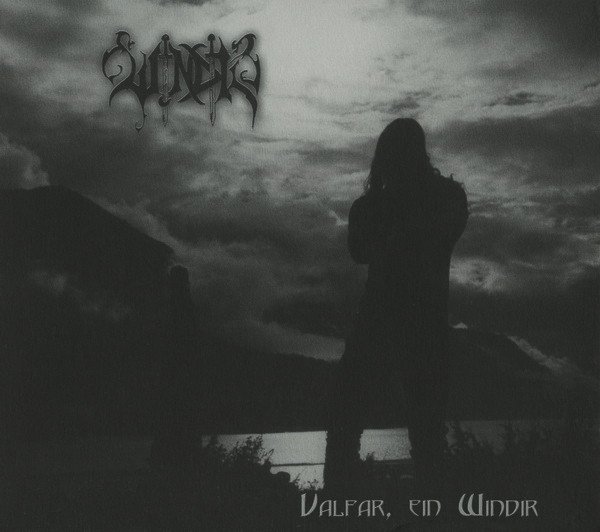 It was the 18th of january when the shocking news reached me, Valfar aka Terje Bakken was found dead on the 17th of january. He was found at the Reppastølen in the Sogndal valley with the deathcause being hyperthermia. At first I couldn’t believe this because he was still very young and had a really promising musical carreer still in front of him with Windir and secondly because he was the leadsinger of one of the best and most promising bands around.

It was 1997 when I heard “Sóknardalr”, the debut album, for the first time. Before that date I’ve never heard of Windir before, but “Sóknardalr” made such a big impact on me that from that time on Windir belonged to my most favourite bands ever. It is really hard to describe but that album had something special. I don’t know exactly what it is but the overall feeling and aura around that album was just great. Two years later the follow up album “Arntor” was released and just like it was with the debut album, also this album made an immense impact on me. Musicwise “Arntor” was a continuation of the “Sóknardalr” album and by this time more and more fans of the underground viking- and blackmetal scene started to show interest in Windir. Because of this the pressure on Valfar increased because he always wanted to improve with each album. Therefore he wanted to make Windir more of a “real” band so during that same time he asked Hvàll from Ulcus to join Windir (together with the complete line-up from Ulcus). They all knew eachother already for some years as Ulcus was also a Sogndal based band. From that time on Windir consisted of a complete line-up with both Valfar and Hvàll as the main characters in the band. Both wrote seperately an equal amount of songs but they recorded and mixed them together to get a more coherent overall sound. The result turned out to be the “1184” album which received very postive critics around the globe.

Now Windir was a complete band they finally could concentrate on performing live gigs as well. In that time era I had seen Windir play at the Inferno festival in Oslo and some months later at the Hole in the Sky festival in Bergen. And without exaggeration I can definately say that Windir was the best live band I have seen thusfar. Both gigs were overwhelming and the ones who were there as well will totaly agree with me here. I have never seen a crowd going that crazy and berserk as during these two gigs. Some more gigs and festivals were done before the band started writing for their next album “Likferd”. And with “Likferd” Windir once more proved to belong to the top of the underground black/vikingmetal. They now were even asked to do some festival gigs in the USA (which is not that common for a band of this size as they are still very underground to the main metal audience).

At this point the future was looking really bright for Windir……until this sad saturday halfway january. Not just the relatives and close friends were shocked but also all metalheads and Windir worshippers. No one really knew what the future would bring now. I am glad the band decided to quit with Windir as Windir is not really Windir without the founder Valfar in the line-up. It was already quite some months ago that the idea came up to release a kind of tribute album in honour of Valfar. “Valfar, ein Windir” is the album called and I think it’s the best suitable name for this release. “Valfar, ein Windir” is released on september the 3th, the birthday of Valfar and the album contains two cd’s.

But it is the first disc that is the most interesting as this one includes all kind of unreleased and special tracks. The first track is called “Stri” and it is not really a track but more like an intro. This one definately has that typical Windir feeling over it. “Stridsmann” is the actual last song written by Valfar. Sture has done the vocals on this one as it was recorded in june 2004. And it really belongs to the best material written by Windir. “Stridsmann” starts quite fast in the blackmetal style but halfway it turns over in a majestic and epic vikinghymn. It really gave me goosebumps and I have only one word for this: fantastic! The album continues with another ‘new’ track called “Dans pa Stemmehaugen”. It is not really a brandnew song as it is a re-recorded track from the “Sognariket” demo. In fact this was the very first song Valfar ever wrote for Windir. This epic and groovy track is just another amazing highlight on this disc. With these tracks Windir has proven that they would have reached the highest top in the metalscene if they would still exist in its full line-up. Next up is “The profound power” which in fact is an old Ulcus track from the “Cherish the obscure” cd which Ulcus released in 2000. It now is re-recorded in 2003 with Valfar on vocals. The ones familiar with this Ulcus album know what to expect; and that is a more agressive mixture of black and deathmetal. And “The profound power” is one of the best tracks on the “Cherish…” album, so it’s a good choice to include it here as well.

Next up are some other bands covering Windir. The first one is Enslaved playing “Dauden” from the “Likferd” album. Enslaved has done a good job on this one, they’ve managed to give this track an own identity without loosing the original track out of eyesight. Finnish Finntroll is up next with the track “Ending”, taken from the “Arntor” album. Finntroll managed to play this one like it is one of Finntrolls own songs. Very enjoyable. The next track is a bit different compared to the others. E-head is responsable for the coverversion of “Mørkets Fyrste” and they have made a dance/ house/ techno version out of this track. At first it is really strange to hear this song being transformed into a track full of beats but after listening it a couple of times I have to conclude they have done an excellent job here. For the first time in my life I can say that I enjoyed a dance track. Actually this is really great! The Notodden All stars are up next and they consist of Cosmocrator on vocals and lead guitar, Samoth on guitar, Trym on drums and Invictus on bass. “Destroy” from the “Likferd” album is played in a really agressive deathmetal way. Next is “Likbør” from the debut album. Weh (never heard of them-MB) made a very interesting and beautiful acoustic version out of it.

At last there are two live tracks, recorded 27-09-2003 live in Trondheim. Both tracks show the energetic presence from Valfar on stage and for all of you who haven’t seen Windir live, these two tracks may be a kind of comfort, to finally hear Windir play live.

With “Valfar, ein Windir” Windir really have managed to release a worthy tribute album in honour of Valfar. This double disc with a duration from over 130 minutes, very well packed in a gatefold digipack cover, is definately worth your last money!!! And hereby the Windir chapter closes forever. Windir is no more but their music will never be forgotten. Their musical heritage will live on forever!!! Valfar, truly ‘ein evig Windir’!!!!! (MarcelB)