Valdur – Raven God Amongst Us 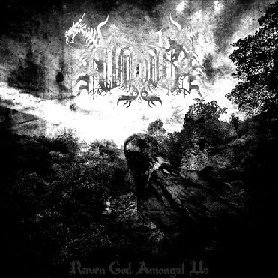 After a long and gruelling wait Valdur finally unleashes their debut album on drummer Sxuperion’s own label, BloodyMountain Records. The band from Mammoth Lake, California, have already made a name for themselves in their own country thanks to their incandescent live apparitions, and hopefully this excellent album will establish their name within the worldwide Black Metal scene too. Their sound is as abominable and horrific as it can get, but it is also quite polished, which makes it all the more gripping and vividly cinematic.

Great dark tracks drenched in Norse lore like “Med Fjell I Horisonten” betray the Norwegian origin of vocalist/guitarist Thor, but the Valdur project is particularly interesting and exciting because their Black Metal seems to have been caught coupling violently with the evil likes of Morbid Angel (“Wound Fires in the Afterlife”) and even Slayer (“Past of Wolves”), creating thus an eclectic spawn dense with extra power and brutality. So it is clear that Valdur take pride in their US extreme/death metal legacy too and the final result is an eclectic and rather classy album that fully engages and convinces from start to finish. Highly recommended! (AlexMF)