The Crawling – Wolves and the Hideous White 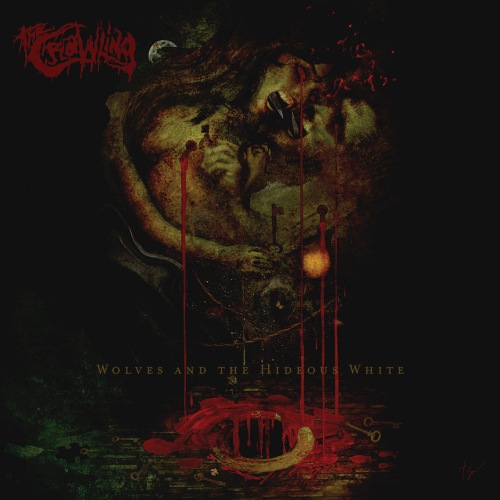 This is my first encounter with The Crawling, and what a mighty fine one it is!

“Wolves and the Hideous White” is an album with 6 tracks on which The Crawling proves you won’t need Blast beats or speed to keep things interesting and most of all heavy as fuck! Most of their Death Metal is played at mid tempo and now and then they lower the speed even more. With some minor Black Metal influences they keep their songs, that have an average playtime of 6 minutes, dark but fresh. It’s quite admirable that every song has its own face while still mostly operating in that mid tempo range. The Crawling managed to write some great Death/Doom songs that stick with you pretty fast without losing any heaviness or darkness. After a few rounds of listening a band like Paradise Lost comes to mind, from the nineties, darker, more heavy and death metal and with way better production. Now I’m thinking of it mix Paradise Lost with 1914 and you get pretty close to The Crawling, and yes that’s just as awesome as it sounds.

“Wolves and the Hideous White” is a pretty great album that will end up in my collection as a physical release for sure. I’ll bet this would go down great live! (MartijnK)