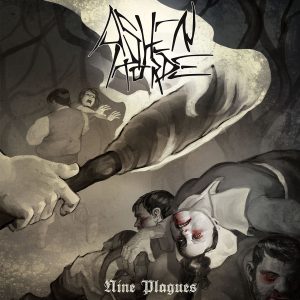 The second full-length of Hollywood one-man band Ashen Horde, can be described as Extreme Metal, with Black Metal as the main ingredient flavored with some Morbid Angel flakes. Lots of pace changes, twists in the vein of late Emperor and late Morbid Angel with hints of late Immortal now and then. Progressive to some, just technical for others. At the end, a so-so album. (Ricardo)