Gama Bomb – Speed Between the Lines 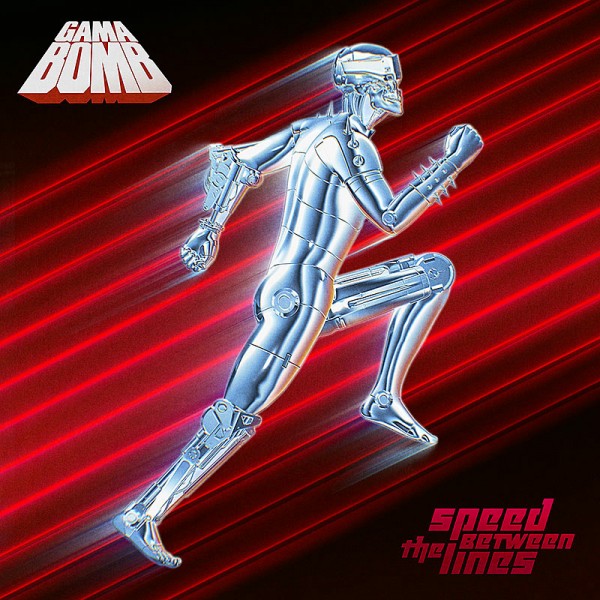 Three years after album “Untouchable Glory”, here’s the new release titled “Speed Between the Lines”from Irish thrash band Gama Bomb. And suddenly it hit me, I did a review from their album in 2013 – “The Terror Tapes”, where I compared this band with a mix of Tankard and Municipal Waste…Well, after listening to this new creation, I think a band like Agent Steel can easily be added to that conclusion from my younger version. Also something I didn’t know was the fact that frontman Philly Byrne had a throat injury in 2012, but happily for him, it cured very well, cause on this disc he sounds splendid. The variation between thrashy shrieks and more serious, pure vocals is a perfect match to execute tracks like “A Hanging” and “Bring out the Monster”.

Some could even say that he is the inventor of thrash-rap if you listen to some songs, cause when he’s not in overdrive you’ll agree with my statement. Gama Bomb creates music in a great level and all tracks are uptempo and overwhelmed by their love of 80’s metal Thrash. Anthrax, Forbidden, Megadeth, … from all bands you could easily find back one aspect on this album. And surely listen to “Kurt Russell”, where somewhere in the middle, you can’t deny that DRI is the main-ingredient. Is this album a true killer? No, but you surely will get a big smile on your face when listening to it, and isn’t that what music is all about? Stand out track in my opinion: “Give Me Leather” – I’m just a big Judas Priest fan, and this song is in my opinion dedicated to Mr. Halford! (Fredde)