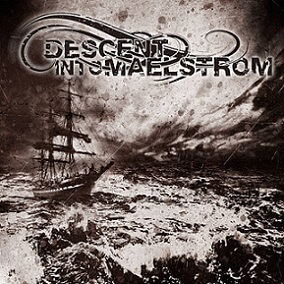 How can I best sum up Descent Into Maelstrom’s self-titled album? It’s a Melodic Death Metal soundtrack for a decaying civilization on a dying planet which is ridiculously enjoyable to listen to.

The musical mastery demonstrated by the band astounded me. So polished, so professional, yet somehow still unknown to far too many metal music fans. I feel it’s a travesty that talented bands like Descent Into Maelstrom aren’t household names while those clowns in Mötley Crüe continue to be held up as examples of “true” metal.

How great is “Descent Into Maelstrom”? On a scale between 1 and 10 I would have to give it an 11. Yeah, it’s THAT great! I honestly lost track of how many times I played the entire album while I was getting ready to review it. (It was a lot, that much I know.) It’s brutal, heavy as hell, melodic, technical and basically perfect. Excellent vocals? Got ’em. Epic guitars? Oh, for sure! Songs that you’ll want to listen to all day long? Absolutely! If you consider yourself a fan of outstanding metal music then you’ll definitely want to get this album. When you do be sure to share it with other metal music fans so that they can also appreciate some fantastic music. (LouiseB)