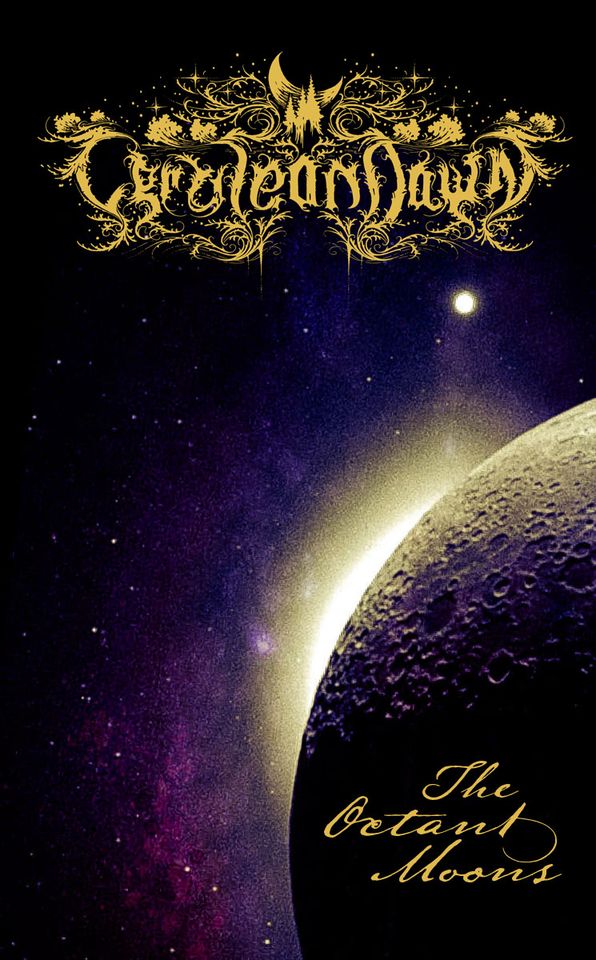 In an increasingly globalized and globalizing world, the speed at which information, data, interest and whatever it is, travels, is absurdly fast! I remember the days when an album kept us busy during times and times, when the tape would only leave the deck when we were lucky enough for a friend, or cousin in my case, to send us another one (or others), which would take the place of and it would remain there until the next shipment, and the same with the next and the next and…

I cherish the fact that I gave my full attention to those minutes, whether they were 60 or 90; to memorize each and every detail of each song and, more importantly, not to distinguish between sub-genres. The “limitation” came years later, after years and years of running all the shades that paint the biggest genre!

And all this to let you know about “The Octant Moons”, by Cerulean Dawn. This duo from New England, USA, has in this EP, released by Viridian Flame Records, the first and only release so far. Formed in 2019 by Null (drums, guitars, vocalizations and synthesizers) and Hyrieth (guitar and bass), the music they practice is directly proportional to the natural reality of the region from which they are natural. The beauty and delicacy of the guitar lines, the vocalizations, sometimes rough, sometimes smooth and harmonious with delicate guitar strumming. The duo lives in the sphere of Atmospheric and, I venture to say, almost Cascadian Black Metal. The press-release mentions Wolves in the Throne Room as one of the reminiscences of its sound, which is not entirely distant. The moments of sonorous contemplation are immense, long themes, the crescendos that drag us along and envelop us with its essence. There is “body” in each of the themes, there is substance … but there is also serenity and peace.

This dichotomy, in this case, makes music in a certain way. There is more attention to the conceived atmosphere, to the “painted” ambience, than to an uncontrolled, visceral and bloodthirsty rage. Attention! Let us not deny that these two themes show a band with a very strong notion of what Black Metal is, at least from my (auditory) point of view, but with an equally vigorous idea of ​​atmospheres and ambiences. Did I mention that the sound is full and overwhelming ?! 24 minutes and 7 seconds, gentlemen and ladies! In a World that yearns, more and more, for the more Lo-fi sound you find, it is still a breeze of fresh air to come face to face with albums like this, without fear of assuming melody, without any fear of exploring less… hellish ambiences.

A huge thanks to Viridian Flame Records, who was kind enough to send me the promo. Please ignore the fact that it was sent to many more blogs and webzines ahahah! (DanielP)