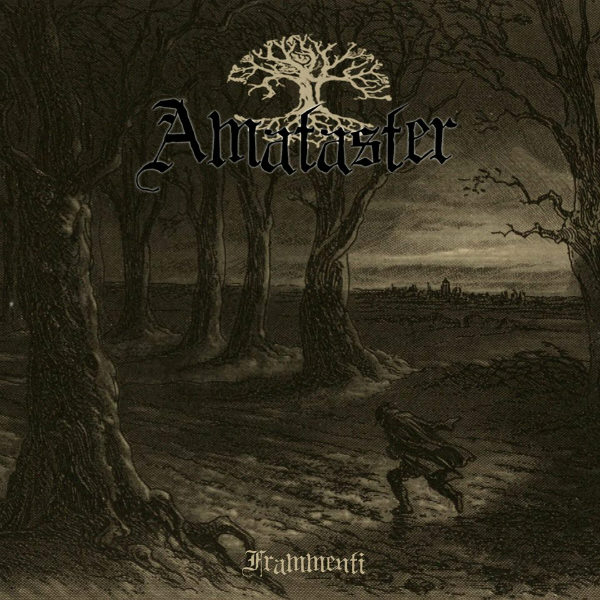 A newly formed Atmospheric Black Metal project by an Italian Stallion called John Poltergeist, who also has musical interference within the Depressive Black Metal act Eyelids. At first the “Frammenti” EP was self-released and digital only, but Masked Dead Records picked it up and released it on CD, although it is limited to 25 hand numbered copies. Let’s be honest, it would be a sheer coincidence that you, my beloved reader of this beautiful zine, will have it in your collection.

The music itself is indeed atmospheric, yet it has some Depressive Black Metal touches as well when the tempo slows down a bit. Just to paint you a musical picture, if ColdWorld is Winter, this album is Autumn as it is not icy and cold, but more rainy with a grey sky. If this totally useless for you, let’s just say it is atmospheric but more in a melancholic way. And I do have to say it caught me surprise as the guitar melodies, melodic but melancholic still, are well written and a pleasant listen. Not ground breaking but very effective.

Although I have my doubts of the sound of the vocals sometimes, like during “Dono Delle Ombre” it has a reverb effect like he is singing in a Pringles-can, I remain being positive about the EP as a whole as I stand by my thought that this is a pleasant listen all together. (Ricardo)